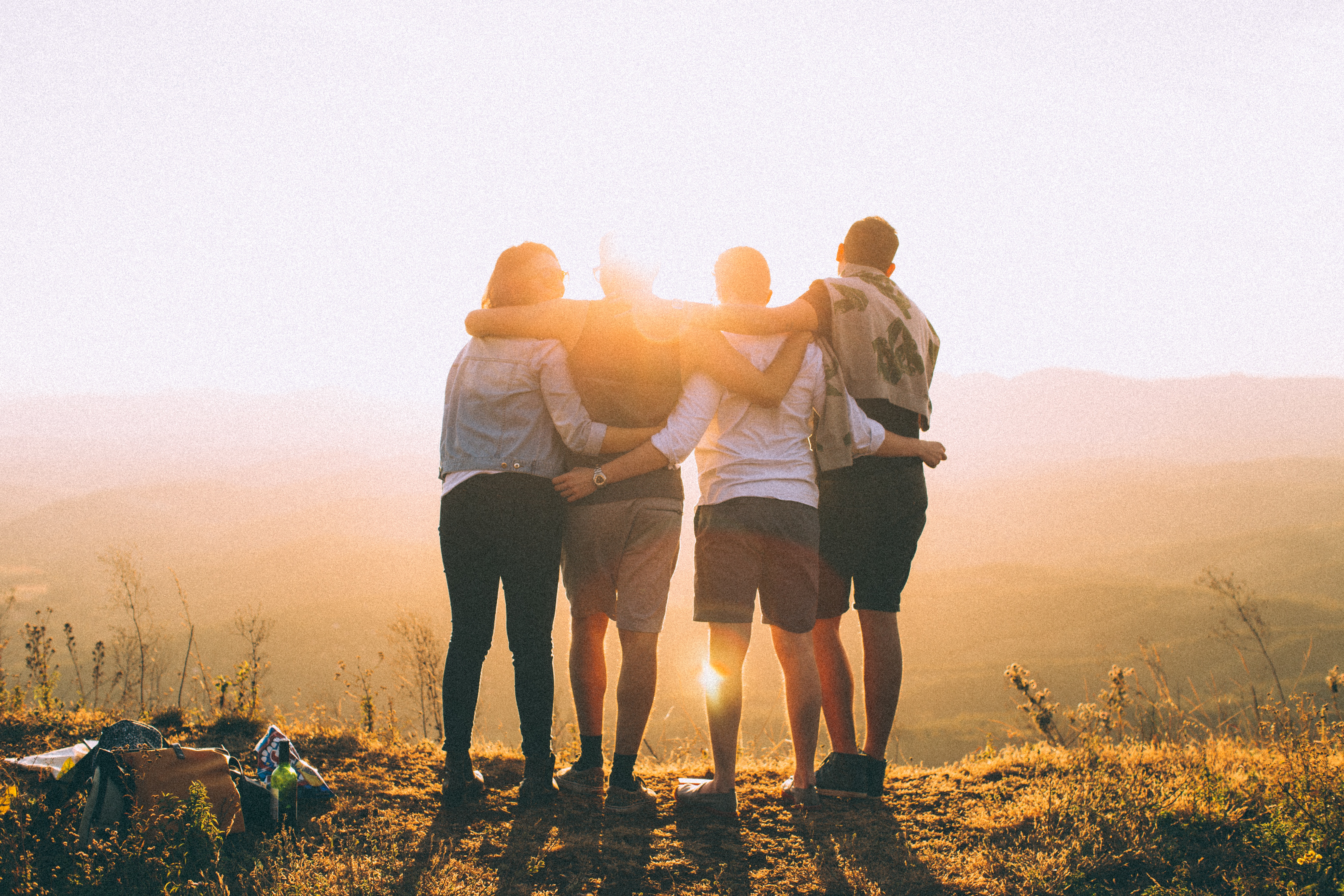 Have you ever felt overwhelmed and frustrated with your life?

I definitely have! Just recently, I received a call from my best friend, where he told me I could have his car for a mere fraction of what it was worth. It was an answer to prayer, because in about a month, I would be heading off to school, and didn’t have a method of transportation (other then asking other students for a ride). And while everything was mostly on campus, a car would be exceedingly helpful toward furthering my career path. To say I was stoked would be an understatement!

But a few weeks later, when we met to look at my finances, we both came to the decision that (for various reasons) it wouldn’t be the best use of the money God has given to me. With a lot of disappointment (but the peace of God), we mutually agreed now was not the best time for me to purchase a car.

Something about real, biblical friendship cuts deep into the soul, and can help us see God’s direction so much more clearly. If it wasn’t for people like my best friend, my youth pastor, and the other awesome influences in my life, I’m not sure where I’d be: in life, or in my walk with the Lord. There’s something about having people like this that really changes your life.

In the book of 1 Samuel, we see an amazing example of this kind of friendship in the lives of David and Jonathan. Jonathan helped David even though there really wasn’t anything in it for him. He encouraged him, supported him, and was there for him, even when it didn’t make much sense. This is a profoundly powerful kind of friendship.

To provide some context for this passage, earlier in the chapter, David had just recently met with Jonathan to ask him for help and encouragement during a time where Jonathan’s dad, King Saul, was trying to kill David. After they talk through this, Jonathan agrees to support David, and the two part ways, as Jonathan moves to investigate this further. Soon, he discovers David is right, and (as we saw in last month’s article), storms off in disgust for his father’s wicked actions. This is where we pick up the story.

Following through on his commitment to help David, Jonathan gives his friend a sign, showing him what he should do next. Unfortunately, Jonathan’s message is bad news, and is very disheartening to David. So, rather then simply leave it at that, Jonathan then moves to support him, even when he has to deliver such hard news. Check out verses 41-42.

“As soon as the boy was gone, David came out from where he had been hiding near the stone pile. Then David bowed three times to Jonathan with his face to the ground. Both of them were in tears as they embraced each other and said good-bye, especially David. At last Jonathan said to David, ‘Go in peace, for we have sworn loyalty to each other in the Lord’s name. The Lord is the witness of a bond between us and our children forever.’ Then David left, and Jonathan returned to the town.” (1 Samuel 20:41-42 NLT)

Don’t miss the significance of what Jonathan is doing here! Not only is he going out of his way to help David succeed at his own expense, but he’s also stepping up and being there for David as he faces the stress and difficulty ahead of him. This is friendship in its truest form. It’s mind-blowing!

At this point, a lot of you are probably a little frustrated with me. “Yeah,” you might say, “must be nice to have such a great friend. How come I don’t have one?”

Believe me when I tell you I know how you feel. For years, I’ve lived a life without any real friends. I was alone and basically isolated. All I had were family and a few adults I could go to. And I’m not going to lie…it was really hard. But, it taught me something. It showed me the value of friendship, and how my choice to befriend someone else could change their life.

So, here’s my challenge to you today.

Be somebody’s Jonathan. Find someone to pour into, to be there for, to disciple…and watch how God changes their life. Work to support them, to be there for them, and to encourage them when life gets tough. Ask them the hard questions. Challenge them out of love when they’re wrong. Lift them up to better follow Christ in their everyday decisions.

And if you have a Jonathan friendship, or you find one later in life–treasure it. Don’t take it for granted. Because they’re a gift from God–and an awesome one at that!