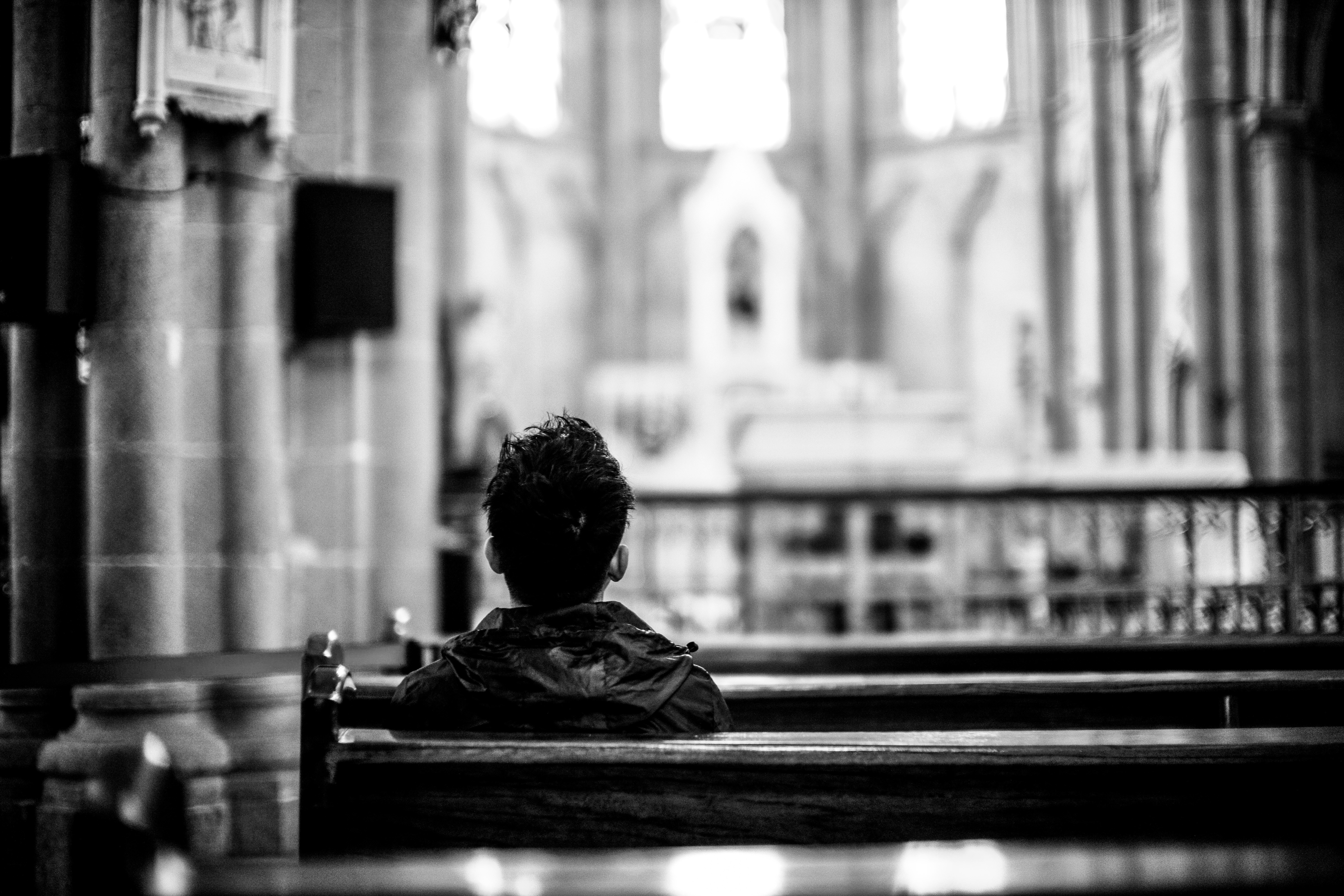 To many of us, the answer seems obvious. Of course God exists!

But how do we know?

Thomas Aquinas was a 13th century Catholic philosopher and theologian who had the same question, leading him to an intense study which produced perhaps his most famous work: The Five Ways — five philosophical arguments for the existence of God.

These arguments give us a strong starting point for exploring apologetics (the logical defense of Christianity).

The first domino fell, leading all future dominoes to fall. Your three-year-old sister dropped her cup, spilling orange juice all over the floor. And a gust of wind caused the stone to tumble down the hill.

Motion is what Aquinas calls “the reduction from potentiality to actuality”. It’s not as scary as it sounds.To put that into normal English, motion is the change from wood having the ability (or potential) to burn to it actually catching fire and burning. And the same holds true for the dominoes, orange juice, and the stone.

But nothing can go from just having the potential to it actualizing unless something already actualized causes it to. So whatever is in motion (going from being potential to actual) must be put in motion by something else.

And that means there must have been a “first mover” that isn’t in motion itself: God.

The pen, desk, floor, and foundation all depend on each other at any given moment to hold each other up at the same time. And the power of the pen to be held up by the desk and so on all comes from and requires the ultimate causing power, the earth.

In the same way, in the world, we see an order of causes. Nothing can cause itself.

There can’t be an infinite number of causes because causes have to be in order and each member of this series of causes needs the next one to be sustained.

So, there must be a first cause, uncaused himself: God.

There was a possibility that you wouldn’t exist.

But, if everything has the possibility not to exist, then at one time there could have been nothing in existence.

And that means there must be something that is itself necessary and causes every other necessary thing: God.

In the world, there are some things that we see as more and less good, true, noble, and beautiful.

When we say “more” or “less”, we’re talking about how close or far they are from some highest standard.

That means there must be something which is truest, best, noblest, and most beautiful. And whatever is the maximum of those good things that is the greatest in truth has to be the greatest being.

So there must be something that is the cause of the “being, goodness, and every other perfection” of beings: God.

The physical universe isn’t smart by itself. It doesn’t think. It works towards ends and acts in predictable patterns.

The laws of nature like gravity or thermodynamics define the way the world works.

Just like how an arrow hits the target because of the archer’s aim, what lacks intelligence (like our world) works towards ends by being directed by something (or Someone) with intelligence.

And that means that there must be some intelligent being by whom all natural things are directed to their end: God.

We’ve only barely scratched the surface: if you want to dig deeper or if you’re confused about any of the arguments, there are lots of great resources and answers.

Dr. Edward Feser, a Christian philosopher and Aquinas scholar wrote two books for everyone from students and beginners to theologians and philosophers that had a lot to do with Aquinas: Five Proofs for the Existence of God and Aquinas (A Beginner’s Guide), both of which are wonderful books to delve deeper into Aquinas and his arguments.

Thomas Aquinas, one of history’s greatest philosophers, was used by God in many ways, but perhaps his greatest legacy to young Christians faced with the explosion of atheism is his five arguments for the existence of God.

“A man can no more diminish God’s glory by refusing to worship Him than a lunatic can put out the sun by scribbling the word, ‘darkness’ on the walls of his cell.” – C. S. Lewis

is a teen, writer, musician, entrepreneur, and above all, Christian from Wheaton, IL. He loves playing guitar and piano, biking, and spending time outside with his friends (when it’s less than 74 degrees). If you’re interested in supporting his writing and would like to read more articles like this, please join his free newsletter here.