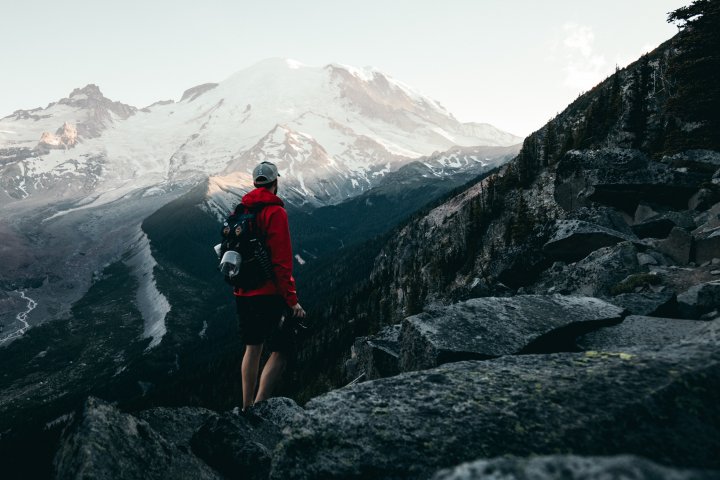 It is a fluid, ever-changing being that holds more questions than answers, more choices than assurances, and more ends than beginnings. Struggles and pains are birthed alongside loves and joys—two sides always fighting to outweigh the other. This paradox, this balance, this battle, penetrates the nature of life.

It is the question of good versus evil.

One of my favorite books, East of Eden by John Steinbeck, gets at this central theme of life. He puts it like this, “I believe that there is one story in the world, and only one…Humans are caught—in their lives, in their thoughts, in their hungers and ambitions, in their avarice and cruelty, and in their kindness and generosity too—in a net of good and evil…here is no other story. A man, after he has brushed off the dust and chips of his life, will have left only the hard, clean questions: Was it good or was it evil? Have I done well—or ill?”

Steinbeck doesn’t stop there. He continues on, making the point that not only is the great story of life summed up in good versus evil, you are the one who chooses which to follow. He uses the Hebrew word timshel, meaning “Thou mayest,” to describe this choice, saying, “For if ‘Thou mayest’—it is also true that ‘Thou mayest not.’”

But you don’t make this decision to do well or ill in isolation. From the day you are born to the day you die, good and evil war against each other in an effort to influence your decisions and to ultimately rule your life. In East of Eden, a woman named Cathy portrays pure evil, while a man named Samuel portrays pure goodness. Samuel is the mentor of the main character, Adam, while Cathy is his wife.

Adam admires both Samuel and Cathy, recognizing their subsequent goodness and evil. He is influenced by both of these characters, but it is ultimately up to him to decide who to become: a doer of good or of evil.

Even though Steinbeck isn’t a master theologian (or even a Christian for that matter), in East of Eden many of his illustrations surrounding good and evil line up with Scripture. The Bible is ultimately the story of good versus evil, God versus Satan, free will versus evil decisions. Every page turn reveals the choice that each person is given: follow God (do good) or reject God (do evil).

Just like how Adam was influenced by both Samuel and Cathy, Scripture tells us that we are also susceptible to influence from both good and evil. Because of this, the Bible says to beware of evil and its influence (1 Peter 5:8-9, 1 Corinthians 15:33) and cling to Scripture to help guard our hearts from Satan’s lies (Ephesians 6:10-17).

The Bible also clearly defines good and evil, with good meaning all that is from God and done in accordance with God’s will (a.k.a. to love the LORD with all your heart, soul, and mind and to follow Him), while evil is to reject God (a.k.a. to follow Satan, the world, and your own desires).

The Hope of Biblical Goodness

Defining goodness as loving God and following his will is one of the most encouraging aspects of the Bible. Why? Because it gives us aid!

Trying to live a good life without consistent help is not only difficult, but impossible. If your actions aren’t outwardly wrong, than your motives are inwardly skewed. And no matter what, there will always be someone who does more good than you, someone who is just better than you. You will never be able to keep up.

But that is why the Bible is so amazing. It describes a religion that is specifically for the immoral evil person who recognizes that he or she cannot do or be good alone.

I cling to the God that allows my goodness to not be a draining cycle of works, comparison, and falling short, but instead, is an overflow of his infinite goodness. Click To Tweet

If you are like me, you’re constantly overwhelmed by the world’s pressure to be a good person, yet you never feel like you measure up. Holding onto the biblical view of goodness, and the fact that my salvation (and goodness) is based off of faith not works, has helped me tremendously.

I can’t be good alone. I can never do enough to be good without God. He is the reason and the cause for any goodness I might possess. So, I cling to the God that allows my goodness to not be a draining cycle of works, comparison, and falling short, but instead, is an overflow of his infinite goodness.

was born and raised in Hamilton, Virginia. Since then she has gone on to study Psychology at Virginia Tech. She’s been writing songs and poems since she was a young girl, but it wasn’t until this year that she began writing articles and devotions. Besides writing and reading, she spends time drawing, running, and hiking. Check out her personal blog at Lavender Colored Thoughts.