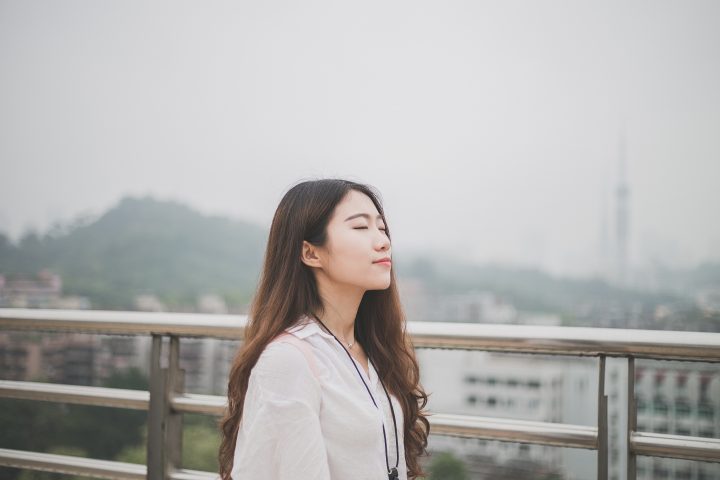 Is this what freedom really is? Have we gotten so far in life as to be able to call freedom ‘power’ over others? Not according to God’s standard. Romans 8:2 says, “For the law of the Spirit of life has set you free in Christ Jesus from the law of sin and death.”

That’s a lot different from our dictionary’s definition! This verse is saying that we are free in Christ!

What does that kind of freedom look like? Romans 6:22 sheds some light on the subject: “But now that you have been set free from sin and have become slaves of God, the fruit you get leads to sanctification and its end, eternal life.”

Romans 8:21 explains that “the creation itself will be set free from its bondage to corruption and obtain the freedom of the glory of the children of God.”

How did we end up being in this “bondage to corruption” anyway?

In Genesis God tells us that he made a perfect place for Adam and Eve. This place was the Garden of Eden. Adam and Eve experienced true freedom there. They could spend their days walking and talking with God, playing with the animals, eating from all the wonderful fruit there. The only rule they had to follow was not to eat from one tree, but something went terribly wrong.

Satan came in the form of a serpent, tempting and manipulating Eve into taking fruit from the Tree of the Knowledge of Good and Evil, in direct opposition to God’s command. She complied “and also gave some to her husband who was with her, and he ate.” (Genesis 3:6b)

Thinking they might be free, Adam and Eve disobeyed a direct command from God and did what seemed right in their own eyes. Sound familiar? Satan deceived them and they lost their connection with God! Rather than experiencing freedom, they entered bondage to sin, among other consequences.

As a remedy to their current state, Jesus offers that he “came that they might have life and have it abundantly’.” (John 10:10) Jesus states that we are complete when we live in the freedom he offers us! All we have to do is accept his gift! “But,” you say, “I feel free when I can do whatever I want, not worrying about following all the rules that God gives us!”

Maybe so, but only for a little while. That’s when you’ll start to realize that you’re living under the stress and pressure that society, peers, and our own expectations put on us! Then like Adam and Eve in the Garden, we are deceived.

In 1 Corinthians 7:20-24, God says that when we are called by him—and accept that calling in repentance and faith—we are freed! We don’t have to be bound by sin anymore. When we accept his gift of freedom, we are truly free to live the lives God has set before us with a higher purpose.

When we accept his gift of freedom, we are truly free to live the lives God has set before us with a higher purpose. Click To Tweet

The band For King & Country released a track called “Epilogue” in their album, Run Wild. Live Free. Love Strong. They describe the meaning of their album title and define living free this way: “It’s not the liberty to do whatever you want whenever and wherever you want, but rather it’s living in accordance with the Author of humanity and finding freedom by connecting with the Creator who conceived you. Let the light flood into your eyes for the first time. Feeling the blood course through your veins, finding the truest version of yourself by knowing the One who knows you even better than you know yourself.” Their explanation really resonated with me because of the pure truth they illustrate.

When researching the topic of freedom, I expected to have to dig deep into the Bible to find freedom’s true meaning, but already after reading a few verses, I realized that the truth is really quite simple; it all comes back to Jesus’ sacrifice on the cross for us. He died so that we might be freed from the bondage of sin and its power over us. We are now, as it were, “under new ownership” and serve the Master of the Universe who enables us to reach for greater heights.

In closing, one has to choose freedom. It doesn’t come naturally, but by immersing ourselves in his Word and walking in the freedom he gives us, we depend on Christ—instead of ourselves—for wisdom and strength. Then we will set a new definition for freedom and break free from the bondage of sin.

“For freedom, Christ has set us free; stand firm therefore, and do not submit again to a yoke of slavery.”  (Galatians 5:1)

is a 15-year-old homeschooler who loves hiking, snowboarding, and pretty much everything to do with the outdoors. She also enjoys playing the piano, photography, and writing. A proud Canadian and aspiring youth worker, she takes every opportunity as a gift from God and desires to make a difference in the lives of those she interacts with. Although she knows she's not perfect, she strives to live for Christ in everything she does.