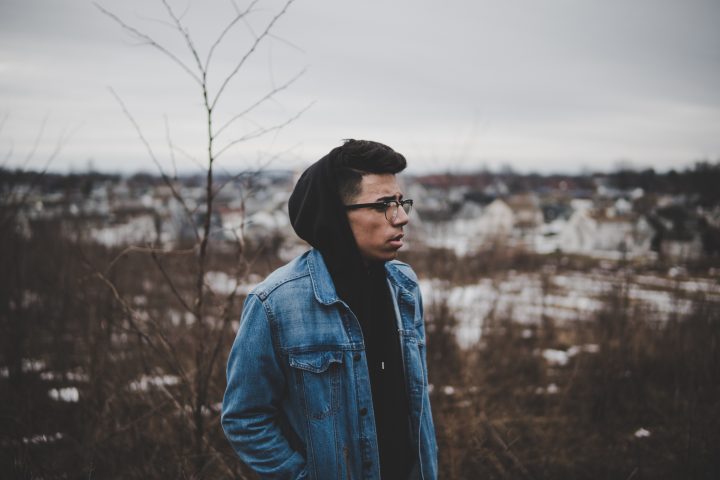 This is the name God told his reluctant leader Moses. He went on to explain, “This is my name forever, and thus I am to be remembered throughout all generations” (v.15).

This verse is rich with many truths, but one word in particular emerges for me through repeated reading: remember.

Flip forward a few chapters in Exodus and it’s abundantly clear that the departure from Egypt is a remarkable testament to God’s deliverance, but it’s equally heartbreaking. Why? The Israelites, recipients of God’s repeated supernatural intervention, failed to remember him after escaping the stifling yoke of pharaoh.

“How often they rebelled against him in the wilderness and grieved him in the desert! They tested God again and again and provoked the Holy One of Israel,” writes the psalmist (Psalm 78:40-41).

The Israelites forgot God. They forgot his promise for an appointed place of rest. Consequently, “the wilderness generation, as they came to be known because they wandered all around the ‘rest’ in the wilderness, ‘failed to enter’ that rest,” writes Rory Chapman in a recent article for Fathom magazine.

Christians Are More Than Sinners Saved By Grace

Like the ancient Israelites, we are prone to forgetting God. Life has an uncanny ability to edge out his subtle whispers as the frenzied pace resets each day.

Thankfully, though we might forget God, he doesn’t forget us. He remembers who we are.

“The steadfast love of the Lord never ceases; his mercies never come to an end. They are new every morning; great is your faithfulness,” writes Jeremiah (Lamentations 3:22-23).

God’s love is perpetual. God’s mercies are perpetual. Every day is full of fresh grace, unmerited favor for undeserving people.

Speaking of unworthiness, I’ll be the first to confess I’ve used the phrase “sinner saved by grace” too much in my life. This seems like an absurd remark at first glance as this expression is an accurate and equally appropriate summary of life after encountering Jesus. Anglican cleric John Newton wrote a hymn about this saving grace in 1779. Still, I sense that disciples of Christ repeatedly default to who they were instead of embracing who they are. I do.

Honestly, I don’t have a clear answer yet, but I do ponder whether we give the devil space to spout lies (John 8:44) concerning matters of identity by latching on to the potent power of feelings.

Indeed, feelings are weighty in matters of sin and the corresponding guilt that usually morphs into a sense of shame. But feelings are fickle, untrustworthy. Thankfully, “God has given us tailor-made promises to cut through the weary emotions of our weak flesh and the lies of the devil,” writes Bethlehem Baptist Church pastor Dave Zuleger.”

The apostle John further adds confession is met with God’s forgiveness (1 John 1:9). Moreover, those who encounter Jesus exchange the old self for a new self. “Therefore, if anyone is in Christ, he is a new creation. The old has passed away; behold, the new has come. All this is from God, who through Christ reconciled us to himself and gave us the ministry of reconciliation,” writes Paul (2 Corinthians 5:17). God gives us a new identity through Christ.

God Has Given Us a New Identity

“Death and life are in the power of the tongue,” writes Solomon (Proverbs 18:21). As people disposed to reckless tongues, we usually think of this member of the body in terms of death (see James 3). Conversely, when the Almighty chooses to speak, his words are replete with hope and love and life.

Look no further than Genesis 1. God spoke and life appeared.

To Samuel he said, “Man looks on the outward appearance, but the Lord looks on the heart” (1 Samuel 16:7). In the New Testament, after John the Baptist baptized Jesus, the heavens opened and God said, “This is my beloved Son, with whom I am well pleased” (Matthew 3:16-17).

Life is in God’s words.

Would it not be wonderful to hear God say this aloud to you, to speak this promise over your life? What a staggering thought. While we are unlikely to ever words of this sort audibly, we are deeply loved by God—which is why we can confidently use a word like father to describe him.

“The Spirit himself bears witness with our spirit that we are children of God, and if children, then heirs—heirs of God and fellow heirs with Christ, provided we suffer with him in order that we may also be glorified with him,” writes Paul (Romans 8:16-17). We are beloved sons and daughters of the living God. Accordingly, the words he says matter most.

We Are Free Children of God Indeed

I discovered the essence of this article is in a song: “Who You Say I Am” by Hillsong. Earlier, I spoke of the tendency of Christ followers to default to who they were, meaning the old self.

Should we rethink this though? “Sinner saved by grace” is a present tense expression, and while we have a natural, selfish bent towards temptation—temptation is not sin. We can resist sin by knowing that our Father loves us and will help us stand up under the weight of the enemy’s lies (1 Corinthians 10:13).

Our identity in Christ is no longer one of confusion. We are free, liberated from the wages of sin and death, and joyfully equipped to embark on a life full of hope in pursuit of the one who declares we are his forever.