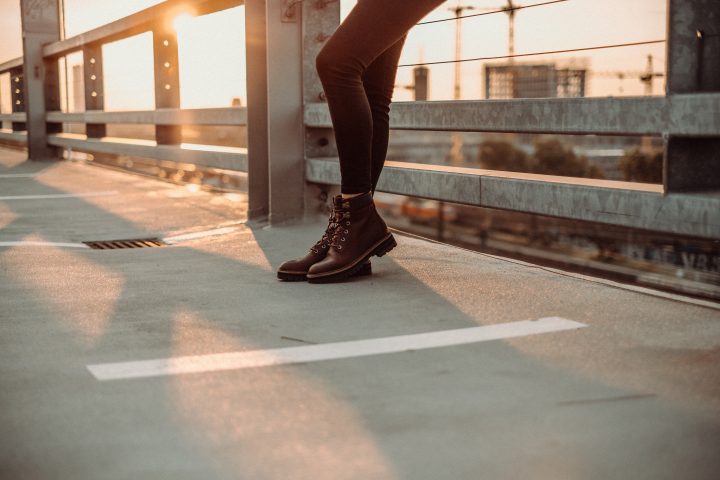 Lately, I’ve learned a lot about myself.

God has made me see the power I have in him, but I’ve also realized just how evil and corrupt I can be. It hurts to see the sin inside my heart. As Christians, our souls long to be to be free from the anger, lust, depression, addiction, and hatred in and around us.

In a poem by John Newton called I Asked the Lord that I Might Grow, the narrator asks God to help him grow, and seek God better, but the poem says:

Instead if this, he [God] made me feel
The hidden evils of my heart
And let the angry powers of hell
Assault my soul in every part.

Later in the poem, God explains why the narrator is experiencing this pain, saying:

These inward trials I employ,
From self, and pride, to set thee free;
And break thy schemes of earthly joy,
That thou may’st find thy all in Me.

This poem beautifully describes the struggles and pain of “putting to death what is earthly in you,” (Colossians 3:5) but how can we break free from the sin and death that plagues us yearly, monthly, and even daily?

Sometimes, just recognizing sin is difficult. In a culture where we’re told to do whatever we want as long as it doesn’t hurt others, it’s especially hard. That mentality is a lie that has ruined many lives, destroyed countless relationships, and seared innumerable consciences.
Romans 3:23 states bluntly, but truthfully, “For all have sinned and fall short of the glory of God.”

Before anything else, we must accept this. If we can’t accept the tragedy, and horror, of our sin, we can’t accept the beauty and grace of salvation. Sin separates us from God. No sin will ever be good for us. God can work anything for good and his Glory, but sin is still evil and it harms us. God is forgiving, but if we lie to ourselves about our sins, we aren’t going to seek forgiveness.

Don’t ever believe the lie that God hates you.

He hates your sin, and he hates your disobedience, but loves you more than you can imagine, and more than you could ever love him. 1 John 4: 10 says, “In this is love, not that we have loved God but that he loved us and sent his Son to be the propitiation for our sins.”

Another lie often thrown our way is, “God can’t forgive this sin.” Or “God has forgiven me so many times before, why would he forgive me again?” If you doubt God’s ability to forgive, you doubt his power, love, mercy, grace, and the very person he says he is. The Bible clearly shows we are forgiven through Christ’s sacrifice, and John writes in 1 John, “If we confess our sins, he is faithful and just to forgive us our sins and to cleanse us from all unrighteousness.”

Don’t ever believe the lie that God hates you. He hates your sin and your disobedience, but loves you more than you can imagine. Click To Tweet

Recorded in the New Testament is a conversation between Jesus and his disciples about forgiveness, “Then Peter came up and said to him, ‘Lord, how often will my brother sin against me, and I forgive him? As many as seven times?’ Jesus said to him, “‘I do not say to you seven times, but seventy-seven times.’”

If Jesus commands us to forgive others that much, then surely, he is more than willing to forgive us.

However, we must be willing to forgive others after we’re forgiven. The sin and offence we commit against God is grave. They’re like the very nails that put Jesus on the cross. How can we dare to not forgive others out of our own pettiness and our insignificant grudges?

In Matthew, Jesus tells the parable of the unforgiving servant. In this story, there was a servant who owed his master ten-thousand talents. After some quick research, I discovered that this debt would have equaled about 200,000 years of labor. How he got into this kind of debt blows my mind, until I consider the sin that I commit yearly, monthly, and even daily (sometimes knowingly).

Even more astounding is the master’s response to the servant’s plea for mercy, “And out of pity for him, the master of that servant released him and forgave him the debt.”

The servant had pleaded for more time to pay his master back, which is ironic, since he never would have been able to pay him back. Yet the master “forgave him the debt.”

Even after the second servant pleads for mercy, the first one throws him in prison until the debt is repaid. Upon hearing this, the master replies, “I forgave you all that debt because you pleaded with me. And should not you have had mercy on your fellow servant, as I had mercy on you?” The master proceeds to throw the servant into prison until his debt is paid.

After the parable, Jesus makes this grave statement, “So also my heavenly Father will do to every one of you, if you do not forgive your brother from your heart.” (Matthew 18:23-25) As hard as it is, we need to forgive others their debts, since our Master has forgiven us far more than we could ever repay.

It’s not a sin to be tempted. Even Jesus was tempted. However, giving into temptation is. But how can we live with temptation, and stay righteous?

Proverbs talks of the temptation of sexual sin saying, “And now, O sons, listen to me, and be attentive to the words of my mouth. Let not your heart turn aside to her ways; do not stray into her paths, for many a victim has she laid low, and all her slain are a mighty throng. Her house is the way to Sheol, going down to the chambers of death.” (Proverbs 7:24-27)

Although especially true of sexual sin, this verse can be applied in other areas. If a person or place has repeatedly led you into sin, avoid them. Or if a feeling or thing leads you to temptation, do whatever it takes to get away.

It’s hard, but as Hebrews 12:1 states, “Therefore, since we are surrounded by so great a cloud of witnesses, let us also lay aside every weight, and sin which clings so closely, and let us run with endurance the race that is set before us,” Notice it says sin which “clings so closely.” Don’t believe you’re a terrible Christian for sinning. The Apostle Paul said, “strive for perfection,” and even describes his struggles with the sin inside him in Romans 7. Yes, we’ll struggle, but we have victory in Christ.

Recently, God set me free from a sin I’ve struggled with. I gratefully accepted God’s freedom, but my shame still hurts. Knowing I’ve offended the only one who loves me perfectly, and one I love (however imperfectly) so much, hurts more than words can ever describe.

As I was writing this, God put the song “Lord, I Need You” by Matt Maher on my heart. Probably the only constructive way I used YouTube that day, I listened to the song. The lyrics wrecked me. They were the cry of my heart in that moment. My shame and sin, God’s righteous wrath and judgement, and Jesus’ forgiveness on the cross met so beautifully in that moment.

The lyrics, “So teach my song to rise to You, when temptation comes my way. When I cannot stand I’ll fall on You, Jesus, You’re my hope and stay,” taught me that God wants us joyful and free. There’s nothing that can stand against Christ’s victory. (Romans 8:35-39 and 1 Corinthians 15:57) Thank God for his amazing redeeming love!

You may not be stronger than your sin apart from Christ, but it’s ultimately your decision. God won’t strong-arm you into righteousness. He wants you to seek it, and him, and in doing so, you will receive the righteousness of Christ.

Seek God. He is able to free you from sin, shame, and the evil of this world. Don’t be discouraged when perfection and righteousness is elusive. You can’t achieve either on your own. Rather, love Christ, and in him you will be perfected.

God won’t strong-arm you into righteousness. He wants you to seek it, and him, and in doing so, you will receive the righteousness of Christ. Click To Tweet

Remember God’s calling for your life, “That you may be blameless and innocent, children of God without blemish in the midst of a crooked and twisted generation, among whom you shine as lights in the world.” (Philippians 2:15)

God wants you free, and he will never leave you, or forsake you.

For further reading, check out this resource: “25 Helpful Bible Verses About Struggling With Sin.”

is a 16-year-old follower of Christ from Florida. He is an amateur writer and graphic designer, and loves to play guitar. When not at school, he is probably reading or skateboarding. He hopes to reach out to nations with low percentages of Christianity, to further the Gospel in lesser-reached areas, and to care for the homeless population.