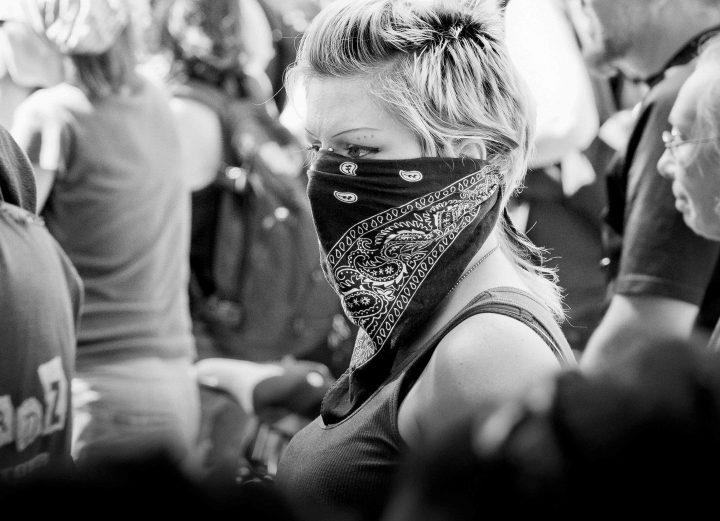 He had everything going for him.

A sophomore at a small Bible college in the hills of eastern Kentucky, a bass in the men’s quartet that the college sent out to travel, a disk jockey at the Christian radio station right next to the school… what more could he want?

Having just finished a very anointed and Spirit-filled tour of churches and camps throughout the eastern U.S. with the quartet, he was fired up and excited about what God had in store for the next semester. God had already been working in his life, and wanted this young man to come to the point where he was completely sold-out for him.

Maybe it was the attention he got for being on the school’s quartet. Maybe it was the spiritual pride that had crept into his life. Maybe it was his lack of self-control and purity with the young lady he met during his time at college. Perhaps it was all of these combined that caused him to drift away from God.

Falling away from one’s faith rarely happens in a day. Casting Crowns said it best in one of their songs: It’s a slow fade when you give yourself away / It’s a slow fade when black and white are turned to gray / And thoughts invade, choices are made / A price will be paid when you give yourself away / People never crumble in a day.

At least, that’s how it happened with this young man. One small decision here and there didn’t seem like it would hurt much, but in the end he was doing things he never imagined he would do. Being careless in his walk with the Lord ended up taking him down a path of sin and shame.

A senior now at the same Bible college, I look back on those days with regret and shame. How could I have let myself go down that path of sin and slowly turn my back on God? Sin had me hooked when I gave it an opportunity to have a foothold in my life, and it had no intentions of letting me go.

Looking back, something I heard in many chapel services at college hit me like a brick to the face: “Sin will take you farther than you ever thought you would go, keep you longer than you intended to stay, and cost you more than you want to pay.”

As those months went on, I found myself singing on stage about God and living the Christian life, as well as giving my testimony as to how God had changed my life, and yet I was living completely contradictory to what I was singing and testifying about on stage. Not only was I living in sin, but I knew how to wear the mask and play the part of a good Christian.

Speaking of sin costing us more than we ever want to pay, my sin did not come without its consequences. I lost my position on the singing group, the scholarship that came with being on the group, the trust and respect of important staff on campus, and the pride that my parents once had in me when I was chasing God.

Face-to-Face with the Savior

God, in his great love and mercy, allowed me to suffer these consequences to give me a wake-up call concerning where I was in my life. I found myself at a crossroads. One path led to living the way I wanted, turning my back on God, and eventually giving up on my faith.

The other path led to true repentance, forgiveness, and restoration. It was one of the most crucial times of my life. As I came back to school in the fall to begin my junior year, I was determined to turn away from my sin and completely follow Christ.

I don’t like to talk about the sins of my past without talking about the great love and forgiveness Christ offered me if I would only be truly repentant. I found myself facing the reality of the cross and the sacrifice Jesus made for my sin. I heard from a professor at school that when Christ was on the cross crying out to God, God turned his back on his Son so that Jesus would feel and experience all that I deserve. What a humbling thought!

In hindsight, I would consider my spiritual hypocrisy to be the most dangerous sin I ever faced. I say this for several reasons:

3) I am taking the precious gift of forgiveness and salvation that Christ gave me and throwing it back in his face when I am living in willful sin. By consciously choosing to sin, I am telling Christ that his death on the cross means nothing to me compared to my selfish wants and desires.

Since I made the decision over a year ago to focus on chasing God, I have had to make some of the hardest decisions of my life, much like Abraham when his faith and devotion to God was tested. My love for God has been tested in the last year, and with every decision to put God first over other things in my life I have been experiencing more spiritual growth than I imagined! In addition to that, I was asked to come back on the school’s singing group. God has blessed me in so many ways that I didn’t think were possible!

The Danger of Wearing the Mask

Seeing my life radically change the way it has in the last year has inspired me to help others who are caught in the same trap I was in. As I look at the youth in America today, it would seem that there are only two categories they could be placed in: those who are Christians and those who are not.

But from my experience, I know without a doubt that there is a third category that cannot and must not be ignored: aside from the Christians who live out what they believe, there are those who wear the name of Christ and say they are Christians, but are simply wearing a mask.

I fear that many teens who say they are Christians are simply living the same lie that I did, claiming to be in fellowship with God while living in sin on the side. While living that kind of double life, I can attest to the fact that I had no lasting peace. And having been in an important position of ministry, I am also a witness to the reality that sin does ruin a ministry, especially when it stays secret and unconfessed.

We see throughout Scripture that God hates the sin of spiritual hypocrisy. One instance is found in Amos 5:21-23, where God tells the Israelites he can’t stand the religious activity they are participating in because they were living in sin on the side. Many prophets were sent to the people to warn them about their sin, but they ignored the message of repentance and restoration the prophets had to give them.

Destroying the Masquerade in Our Own Lives

If you find yourself living the double-life similar to what I described in my testimony, then I want you to know that Jesus is still standing there with his arms open, ready to forgive you. You must confess your sin and turn away from it, and be ready to do anything and everything to serve God.

David prayed in Psalm 51, “Create in me a clean heart, O God, and renew a right spirit within me” (Psalm 51:10). This must be our attitude when we come to God for forgiveness and restoration.

The choice is yours. You can keep living the life (or the lie) of a Christian-in-name-only and continue in sin, thus treating Christ’s sacrifice as worthless, but I’ll tell you that you won’t have any true peace or joy. Much worse than that, living in hypocrisy puts the sinner in danger of hellfire.

Or you can repent of your sin and return to the one who has set us free from the bondage of sin. Galatians 5:1 says “For freedom Christ has set us free; stand firm therefore, and do not submit again to a yoke of slavery.”

Will you choose freedom or slavery?

Will you choose life or death?

Are you willing to rip off the mask?

Samuel Deal is a 21 year-old senior at Kentucky Mountain Bible College in eastern Kentucky. He enjoys writing, hiking, listening to music, watching Kentucky college basketball, traveling and singing with the college's singing groups, and working as a Christian radio DJ. After graduation, he plans to work full-time at Mountain Gospel Radio, a local southern gospel station in eastern Kentucky, as well as becoming a worship leader at a local church.