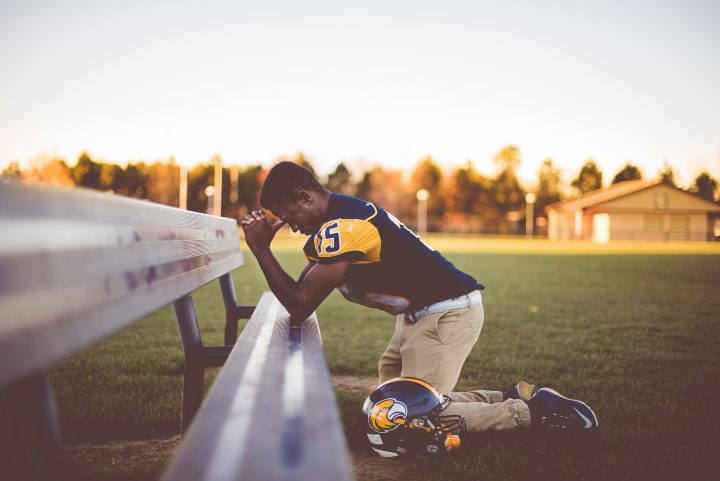 Clutching the jar tightly, the woman stood in the doorway and looked into the room.

Her heart beat furiously. Her eyes darted back and forth. The room was so full of men, most of whom knew her. She glanced behind her and considered retreating. Suddenly she saw him. Everything else vanished. None of it mattered.

Rushing into the room, she fell trembling at his feet. Breaking her jar open, she poured the contents, costly perfume, her most valuable possession, on his feet. Hot tears fell onto his feet and mingled with the perfume. She loved him. She was a sinner. Everyone knew it. But this man, this Jesus, had shown her the forgiveness of God. She wanted to give him her all.

Everyone stared at the woman. Her actions shocked them.

“Why this waste?” they asked. “For this could have been sold for a large sum and given to the poor.”

Suddenly Jesus spoke and His words surprised them. He did not rebuke the woman for her wastefulness. Instead, he commended her devotion. “Why do you trouble the woman?” He asked. “For she has done a beautiful thing to me. For you always have the poor with you, but you will not always have me. In pouring this ointment on my body, she has done it to prepare me for burial. Truly, I say to you, wherever this gospel is proclaimed in the whole world, what she has done will also be told in memory of her.” (Matthew 26:6-13)

Imagine for a moment that you were in that room. How would you have responded when that woman dumped an entire bottle of perfume worth a year’s wages, the modern-day equivalent of which would be 45,000 dollars, on the feet of Jesus?

Because the story is so familiar, we are not shocked by the extravagance of this woman’s action. She was fully devoted to Jesus and she demonstrated her devotion by dumping her most valuable possession at his feet. How would you and I respond if someone else demonstrated that level of devotion? Would we ever consider responding that way?

She was fully devoted to Jesus and she demonstrated her devotion by dumping her most valuable possession at his feet. Click To Tweet

Eric Liddell was an Olympic runner and gold medalist. Because of his love for Christ, he refused to run on Sundays. In the 1924 Summer Olympics, the qualifying heat for the 100-meter race, his best event, was scheduled for a Sunday. Putting God first in this decision, Eric stood up under tremendous pressure from his country and withdrew from the 100-meter race.

Malcolm Henderson graduated from medical school at the top of his class. He could have been a doctor anywhere he wanted. He was offered chief of trauma surgery at both University of Chicago and John Hopkins but he had become a Christian while in college. Rather than accepting a job in the United States, he gave it all up to serve the Lord as a medical missionary to Haiti.

How do we respond to stories like Eric’s and Malcolm’s? Too often we respond as the disciples did. When we hear about people giving up medical school, good careers, or gold medals to honor and serve the Lord, we question their wisdom. Too often we see it as a waste of potential when someone like Malcolm goes to the mission field. We may never say it in so many words but in essence, we are asking the same question the disciples did, “Why this waste?”

When we hear about people giving up medical school, good careers, or gold medals to honor and serve the Lord, we question their wisdom. Click To Tweet

Is giving our all to Jesus ever a waste? Can we ever be too extravagant in our service to him?

C.T. Studd, said, “If Jesus Christ be God and died for me no sacrifice can be too great for me to make for Him.”

Jesus is worthy of our all. We cannot give him too much. It is never a waste to give Jesus anything. In fact, in light of what he has done for us; it is our only reasonable response.

I believe that Jesus will one day commend Eric and Malcolm for their extravagant devotion to him. While the world may look on with confusion and disapproval, the heavens resound with applause.

While the world may look on with confusion and disapproval, the heavens resound with applause. Click To Tweet

We will not know until we get to heaven what kind of impact these men’s decisions to give their all to Jesus has had on our world. However, we can know for sure that giving everything to Jesus is never a waste.