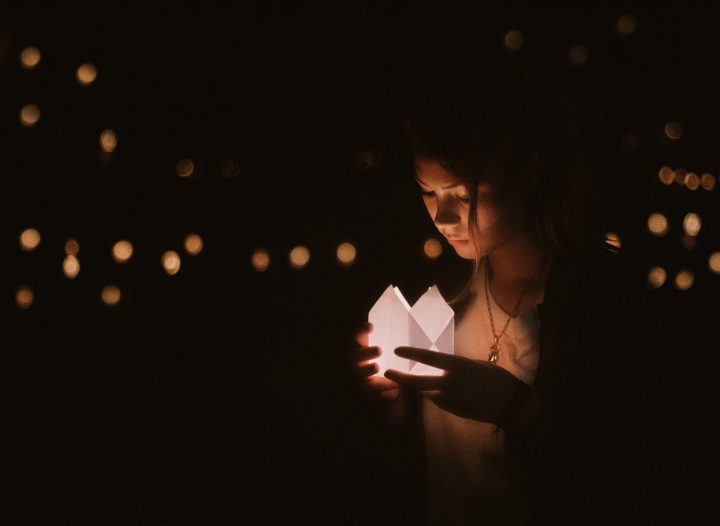 Words like “sheltered” or “innocent” can cause a quick burst of shame to slither down your spine, and make you feel less-than or not-enough.

After all, we live in a culture that exalts the street-smart and world-wise, the ones who have gone around the proverbial block of life and come out tougher and stronger.

Even in Christian circles, the testimonies most lifted up are those of radical transformation and deliverance. The former drug-addicts and rebels, the gangsters, atheists, and prodigal sons turned Christ-followers are the most powerful and impactful stories in our churches. And they are amazing examples of God’s grace.

But the innocent homeschooler with a squeaky clean past? Not exactly a news headline.

Innocent in a World of Evil

While the world doesn’t value innocence, God actually does. Romans 16:19 says, “I want you to be wise as to what is good and innocent as to what is evil.”

The world is overflowing with evil. It’s on smartphones, billboards, and in magazines. It’s impossible to leave your house without encountering some form of evil. It permeates our society, and the author of evil—Satan—would love nothing more than for it to permeate us.

What does it mean to “be wise about what is good and innocent about what is evil”? And how on earth can we do that in a culture exploding with sin?

First, it’s important to realize that being sheltered and innocent doesn’t mean you’re ignorant and stupid. That’s the usual connotations, but not God’s version of innocence. He tells us clearly to be in the world, but not of the world. (John 17:14-16)

This is where the tug-of-war starts.

Jesus never shunned people. Whether they were a Samaritan, a leper, an adulteress, a thief, or simply a “sinner” Jesus never failed to reach out.

But he never became one of them.

He ate with them and spent time with them, but we never once see him condoning their lifestyle or trying it out himself. He associated with sinners, but himself remained sinless.
We often have the misconception that in order to be relevant or relatable to someone, you have to become like that person, and do, enjoy, and experience the same things they do, enjoy, and experience. This misconception has caused some Christians to shut themselves off from the “sinners” of our society and earn the title of sheltered.

That version of sheltered is wrong. If we’re intentionally shutting ourselves away from the world, we’re disobeying God’s command to go into the world and make disciples.

We can’t say we don’t know that there are thousands—even millions—of abortions each year, and call it innocence. That’s simply ignorance. We can’t claim innocence about the homeless in our towns. That’s also ignorance. We can’t lock ourselves away from an evil world, claiming that we’re protecting our innocence and purity. Again, ignorance.

That version of innocence is wrong. Christians should be aware of the evil in the world, arming themselves with a biblical worldview, and fighting for truth.

But there’s another version of sheltered and innocent that’s very good. We don’t have to watch the same movies, read the same magazines, have the same hobbies, and understand the same jokes as the world to reach out with God’s love and fight against the evil. Pointless worldly knowledge is simply that—pointless. Harmful. And we’re called to flee from it.

What we think about is affected by the things we do and the things we place in front of us. We can’t have pure thoughts if we’re doing impure things. We can’t dwell on lovely and honorable things if we’re constantly gaining knowledge of dirty, ugly things.

In my heart, I know these things are true. I know God values innocence and purity. I try to educate myself of the evil of the world, so I can fight against it, instead of letting it permeate my heart.

But I still feel that slither of shame and inadequacy when someone calls me sheltered. Lies whisper into my heart, telling me: maybe you should be worldlier. Maybe they’re right and no one will ever be able to relate to a “good girl” like you.

But then I go to Scripture—and what I find there crushes those lies.

I find Jesus telling me to be the light of the world. He says to be a “city on a hill [which] cannot be hidden.” (Matthew 5:14-15) He reminds me not to hide His light shining in me under a basket, or be ashamed of its rays.

Because the world needs to see the light.

And light cannot mix with darkness and still shine bright.

He tells me I’m the salt of the earth—and warns me that it’s easy for salt to lose its flavor and become as tasteless as dirt. (Matthew 5:13)

He tells me not to be conformed to the world, but to be transformed as I renew my mind with Scripture. (Romans 12:2)

And he tells me not to be ashamed of my youth and purity. “Let no one despise your youth, but be an example to the believers in word, in conduct, in love, in spirit, in faith, in purity.” (1 Timothy 4:12)

Do you know what this means? It means that as young people, our hearts are supposed to be so pure, our conduct so upright, our faith so sincere, that we set an example for other believers. In a heart and life like that, there is no room for pointless worldly experience that would simply dull our light and compromise our character.

Maybe you’re reading this right now and thinking, “I’m too far gone. I’m no longer innocent and the last thing I am is sheltered.” Hear this: Jesus Christ is the purity-restorer. Not one of us is truly pure—no matter our backgrounds or circumstances. You’re not too far gone. Jesus gives a testimony of transformation to all who ask for it and seek him. Galatians 1:4 says, that he “gave himself for our sins, that he might deliver us from this present evil age, according to the will of our God and Father.” Did you catch that? We all need to be delivered from our sin, and it’s actually God’s will! Today can be the first day you begin walking in the innocence and purity Jesus bought with his blood.

And to you—fellow sheltered teenager, hear this: don’t ever be ashamed of your innocence. Jesus died so you could be pure and he washes away all your impurity. He died so you would be free to live differently than the world. Don’t be ashamed of what he shed his blood for. None of us are as innocent and pure as he requires, but he enables us to walk in his purity.

And I’d rather walk with the King of the world, than keep in step with the world any day.