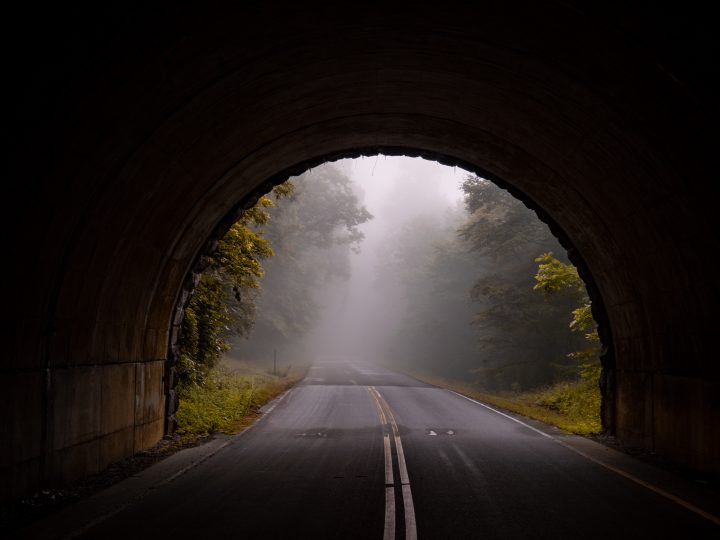 It was early Sunday morning. Suddenly, I was awakened and told to go downstairs. I jumped down from the top of my bunk bed. The sun was shining through the windows, and the sparkling dew still coated the ground. We gathered around, and my father began to pray.

It was a disguised way of telling us children that our mother, after being bedridden for nine months from cancer, had passed away in the night.

Our neighborhood friends were already over. A few of my siblings and I escaped back upstairs and cried together on the top of the bunk bed. We were told by friends that everything will be okay, but that only stirred me up. I didn’t even know what they meant by “okay.”

I was only eight.

It took a while to fully sink in. Several years later I began to question my faith. We had prayed the entire time she was sick that God would heal her, so how could God take her away if he was real?

But I didn’t question for long enough. Instead, I stopped questioning and simply became agnostic.

CAN I DO THAT?

I was satisfied with my decision for a while. In fact, there were many times I was thankful I didn’t have to worry about religion. It relieved me.

No, this didn’t mean I simply became Christian again. I did the opposite, and searched for truth in all places. I didn’t want to find the proof for Christianity, but I knew if I were truly searching for truth, I would need to read evidence from both sides.

EVIDENCE THAT DEMANDS A VERDICT

So it began. I needed proof—whatever side it leaned toward. I spent hours every night researching, reading books, and pondering. It became routine: pretend I was going to bed, say “goodnight,” and then go into my room and read for several hours.

My stance began to sway back and forth. Toward atheism; toward Christianity.

After months of this rigorous routine, the evidence toward Christianity had mounted to enough to be called proof. I realized I could no longer be agnostic. The evidence had demanded a verdict, and it called for me to become a Christian.

THE STRUGGLE FOR RELATIONSHIP

At this point, it had been all about the evidence and not about the relationship. The thought of having a relationship with an unseen God felt so weird because I had become more of a robot than a person with emotions.

I realized I needed a relationship with God. I couldn’t simply tell people I was a Christian without living as one. But I liked being independent, and I disliked doing anything someone else’s way. So a new struggle began.

Although I usually just looked things up on the internet, this was something only God could fix.

I remember being at a Christian conference, wrestling again. I started to doubt God actually heard me when I prayed.

Sitting on top of the bleachers in the very back, overlooking thousands of people worshiping God, I began to ask God to send someone to pray for me. I needed that tangible proof in the midst of my relapsed doubting.

A few minutes later, a girl my age walked over. She laid her hand on my shoulder and told me she felt like God had asked her to pray for me.

I was in awe. At that moment, I realized just how real God is. Beyond all the evidence and talk of a relationship, I knew it for myself.

From that moment on, I began to seek him wholeheartedly. I now cry out to him every night; I want more of him. I can’t get enough of his presence and love.

I’ve sought him, and he has taught me so much. I continue to be amazed by him and the way he draws me closer. My mind still can’t comprehend that, although I have rejected God, he calls me his child. I get to call him my father. I get to let go of my worries and trust in him. I get to follow him.

That’s my struggle. That’s how far I’ve come. I still have a long way to go, but every day I am learning to trust in God more.

I challenge you: don’t settle for where you are at in your relationship with God. Keep asking. Keep seeking. Keep knocking.

is a 16-year-old high-school and part-time college student. Aside from studying and working, she thoroughly enjoys reading, writing, researching, enjoying nature, solving rubix cubes, and spending time with family. She is very passionate about world hunger, conflict, trafficking, and other issues that occur across the globe today.