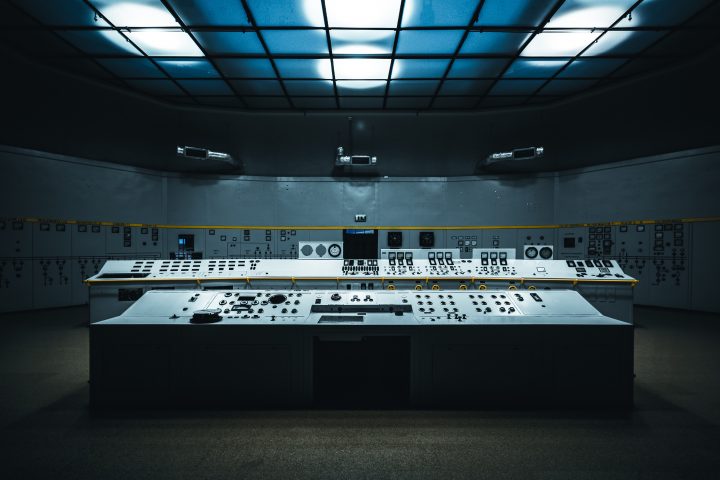 Hurrying down the hallway, I bit my lip to keep from crying as I walked out of the classroom. Tears threatened to escape at any moment, but I managed to keep them from falling. Their source? I’d gotten a low score—much lower than I’d expected—on a recent test.

I was not happy with God because I knew He could have intervened, yet He didn’t seem to be doing anything about it.

My rebellious heart, though in the lifelong process of transformation, still wanted to do something sinful to “punish” God. I don’t like change, and I don’t like when my expectations aren’t met. As a planner-type of person, I basically fall apart and throw an internal tantrum when life doesn’t go my way.

Allowing Our Expectations to Control God

I know I can’t control God, so why do I try? Because I’m human and I’m sinful. As sinful human beings, we form expectations about what He will do or not do and act on our expectations. Then we praise God when He follows our expectations or “punish” Him when He doesn’t.

Though we know it they are wrong, aren’t the following scenarios far too common?

Scenario 1: God allowed an amazing godly guy to ask you out. Your first date is perfect, you post pictures all over social media, and you expect him to ask you out again. Instead, he tells you that he thinks you’re a great girl but doesn’t think you’re meant for each other.

Reaction: You know it’s wrong to date nonbelievers, but you decide to text your coworker and invite him to go out with you next week.

Scenario 2: God allowed you to get a job interview for your dream job. The interview goes well, you tell all your friends about it, and you expect the company to call you with good news. Instead, they call to say you didn’t get the job.

Scenario 3: God allowed your soccer team to win the regional tournament. Your coach is so proud, your family is ecstatic, and your team expects to win the state championship game. Instead, your team loses the game by two points.

Reaction: You know you need to go to church, but you skip a month’s worth of services, Sunday school, and small group because you don’t feel like going.

Do any of these scenarios sound familiar? I believe they do because we often relate to God in the same way we relate to others. We predict how we think people will act, calculate our response to those predicted actions, and retaliate when they act differently.

For example, when you expect to be invited to a friend’s party, you either bring her a generous gift if she invites you; or punish her by not inviting her to your next party if she doesn’t invite you. Or if you expect to like your new teacher at school, you praise him by speaking well of him to your friends if he treats you kindly; or punish him by gossiping about him if he treats you unkindly.

We Can’t Control God, Because We Don’t Know His Plans

Though we often behave like life is a game, it’s not. It isn’t a competition between us and God. He is for us, not against us (Romans 8:31). This is true–even when we don’t get what we expect, even when we face suffering, and even when we can’t understand how God is working.

In fact, we’re actually not supposed to always understand.

“As for me, I would seek God, and to God would I commit my cause, who does great things and unsearchable, marvelous things without number.” (Job 5:8-9)

In this case, Job’s friend, Eliphaz, is speaking to him. Though this may have been hard for Job to hear during his suffering, it is still true. We can’t figure God out. We can’t predict how He will work or calculate when He will act. His plans won’t always match our expectations. He can’t be controlled.

Manipulative relationships aren’t healthy. It can be dangerous to try to control God’s plans. Yet the good news is that God is bigger than our manipulative schemes. He can transform our hearts to follow him and his plans for us.

It is impossible to comprehend or control how God works. We can’t get God to change by “punishing” Him when things don’t go our way. Instead, we should ask that He will work in our hearts to become submissive to His plan. It won’t always make sense or seem best for us, but we can rely on Him because, as Eliphaz said, his works are “marvelous” (v. 9).