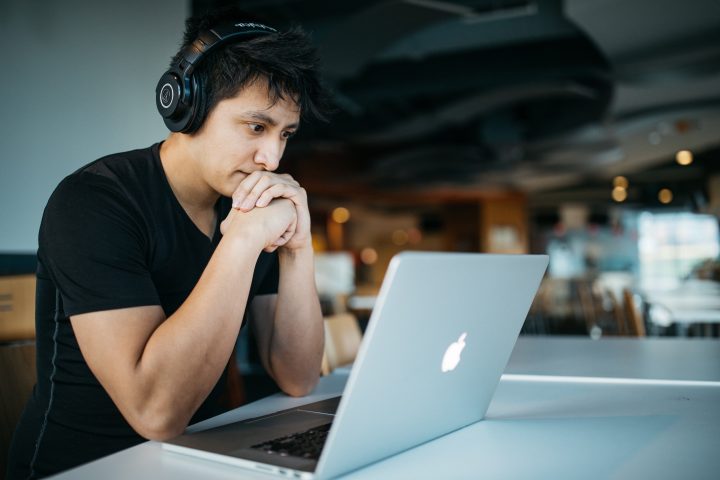 We can type something in a minute and thousands of people can see it in an hour. We can speak to more people than could ever fit within our earshot, all at one time. We can spread inspiration, joy, love, and encouragement to so many so fast. This is because we have been blessed with an amazing tool—technology-based communication.

But with this gift comes an extended audience of people, and with them comes a vast variety of ideas, opinions, morals, political preferences, etc. And not all of these make sense to us. We might wonder why some lean towards a group or party that doesn’t support—and perhaps contradicts—the very morals and values we hold so closely and sincerely to our hearts.

For some, this variety of views can be intimidating, confusing, and almost scary—because peoples’ views are incredibly important. The way a nation believes affects what laws are passed, what standards are accepted, and can impact its future.

And so naturally, we want others to agree with a right worldview. We want good laws, high standards, and an optimistic future for our nation.

But not everyone goes about sharing their values in a positive way. Some think that by tearing others down, they will lift themselves up and convince everyone that their way is right. Others are afraid to share what they believe for fear of being outcast by their culture—and so they settle for values that are less than moral. Then there are those who avoid the topic of politics and opinion sharing altogether, not wanting any part of the chaotic mess it has become.

And now we’re stepping into this sphere. We’re the ones who will be the next influential speakers and writers—teachers and counselors—journalists and news anchors—pastors and preachers–the list goes on. We are the people who others will look up to and trust, and perhaps aspire to be.

But what will they see?

We Have A Choice

Will they watch us lie to make others look bad and us look better? Will they see us speak unkindly about those who share a different viewpoint than us, simply because it isn’t the same as our own? Will they see us lay down our standards to match the world’s way, or maybe just stay silent out of fear?

Or will they watch us spread truth and understanding? Will they see us speak to all people with dignity and honor, living the values we claim are important to us?

Sadly, much of our culture has chosen the former option. But that doesn’t mean we have to. We have a glorious gift—choice. And we use it every day. Our lives are full of choices. Ketchup or mustard? Casual or fancy? Basketball or ice skating?

Surely, if we can decide among food, clothes, and other things, we can also decide how we will live, the way we treat others, and how to share what we believe without dishonoring our own beliefs in the process.

I don’t have all the answers, but here are some things I’ve picked up on:

I love articles and websites that are intended to encourage and build people up. Unfortunately, not all websites and writers consider this a priority—some even do the opposite, making it important for us to remain alert as to what we are influenced by.

As for myself, that means to trust news and advice from sources that act in a manner that is worthy of being trusted.

An example of this would be to think about the qualities of individuals you already trust. What makes them so trustworthy? Is it because they are honest and kind—bold and also respectful at the same time? Do they end or abstain from gossip and rumors?

While it is important to recognize that none of us are perfect, trustworthy people and trustworthy organizations strive to display trustworthy qualities consistently—because it is a part of who they are. Their qualities reflect what is most important to them—whether it’s to persuade more people to agree with their way of thinking or to make more truth known.

Sow The Seeds You Wish To Harvest

There is a difference between loving people and supporting wrong morals and standards. We are not called to accept a standard that goes against the light we live by, as some standards are truly wrong and evil. But we are meant to be a light in the darkness by choosing to promote kindness, rather than hatred of those who think differently than us.

I seriously doubt any of us would say: “I really really want people to be unkind to me and hate me so very much!” I giggled as I typed that sentence; it sounded ridiculous!

And yet, ironically, this is what much of the online world is shouting from the rooftops—or virtual rooftops to be more accurate. By spreading hatred among others, we are inviting hatred right back onto ourselves. And not only that, we are teaching hatred to generations to come.

Recognize that every comment you make, every page you share, every post you like, is seen by a real person, not just a robot behind a screen. See the humanity of others, and treat others as you would wish to be treated.

Strategies of hate often are seen as efficient in our world, because they often appear to work. By causing people to hate one person or group or party, they’ll love another one instead, maybe even your own…right?

This is a tricky question, but history has an answer for us.

During World War Two, the Nazi Party tried to take hatred and fear to its full potential. They spread propaganda and lies about people who thought or looked different than them. Then they combined this strategy with the physical might and power they already possessed. Their strategy appeared to be succeeding, or so they thought. And while it appeared they succeeded for a while, ultimately their reign of hate toppled.

If hatred, in all its potential, was a winning strategy, it would have worked for them.

Because of the Nazi Party’s hate, other people chose love, selflessly risking their lives to save people they didn’t know. The people they risked themselves to save likely thought and looked differently than they did themselves, may not have spoken their language, and could have even supported different political or moral values. Yet those heroes still chose to love those people different than them.

Yes, the Nazi’s may have had much more power, yet the heroic acts of love sprang up again and again to defy, and eventually defeat, the evil they promoted.

Love wins. Love is what conquers; so it makes sense to be more like love. So how do we?

Our Savior is the greatest example of love because he lived the lifestyle that he preached to us. He tells us that he loves us. He lived that love by dying on the cross to save us from our sins, and rising again, allowing us to be with him where all is perfect by simply believing in him.

How great a message, and how much we should want to share it! But if we want to share this message of love—or any message—effectively, we need to be like love and be kind to those who disagree with us, even if they choose to be unkind.

We cannot control what everyone else does or posts or believes–but we can decide who we will be. We don’t have to be like our current culture that uses their keyboards as swords.

Let us be constructive with our words, building instead of breaking down, making lanterns that lead, not firing sparks of hate.

You can type something in a minute and thousands of people see it in an hour.

So what will you choose to say?

Who will you choose to be?

is a happy writer who loves oceans, stars, and anything sunset related. Christ is her compass and hope. Aside from writing, you might find her reading, learning french, or snuggling with one of her precious kitties.