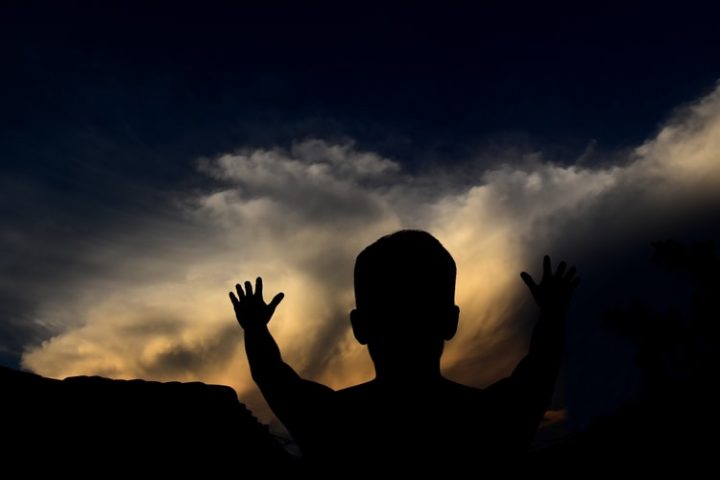 Have you ever thought about how often God asks us to do something . . . without providing the means to complete it beforehand?

Recently, at church, one of the deacons brought my attention to the many times God set his subjects to a task without giving them the means to complete it beforehand.

Usually when God asks something, he sends his help while we’re working. In other words, he provides the means while we’re busy following his command. But this made me think: how often are we waiting for God to provide the means before we act as he wishes?

Abraham is a great example of what true faith should look like. We usually wait until everything is in place before we act. But in Abraham we can see that this is not how the Lord works through us. God made a promise to Abraham, and in faith Abraham had to act upon God’s command. God didn’t bless them with a son before they trekked across the country. No, instead God blessed them after they started their journey.

Acting only when we know everything will fall into place–that’s called autonomy. Acting when God calls without knowing how it’s going to work out–that’s called faith.

Another great example is the ten lepers (Luke 17). Jesus told them to show themselves to the priests. These men knew they were unclean. In faith, however, they proceeded. “And as they went they were cleansed.” (Luke 17:14).

Ask for Guidance Before You Plan

Imagine an entrepreneur without a business plan asking an investor for money. Preposterous, isn’t it? Now imagine a sinner without an agenda asking God for the means and guidance to glorify his Name. Wonderful, isn’t it?

Start Working With What You’ve Got

Doing hard things can be fun, but sometimes it is, well, hard. Anyone who has read Do Hard Things and started a project because of it will most likely tell you that, sometimes, things don’t work out the way we’d like.

For the past two years, a couple of friends and I organized a camp for teens and young adults. Last year more than 80 people showed up. However, this year the numbers only amounted to 25. I was disappointed. However, not wanting to show this to anyone, we proceeded, and ended up having a wonderful, God-blessed camp. Afterwards I asked our pastor and his wife (who were present at both camps) which one they thought was better. They answered that–on both occasions–we worked with what we had, and that’s enough.

Like the Israelites who received manna while journeying through the wilderness, and like the ten lepers who were healed on their way to the priests, The Lord will bless us with the necessary means to fulfill our duties.

I can’t guarantee he’ll come through in the way I want. Instead, I choose to believe anyway. And if he doesn’t will it, I’ll still praise him.