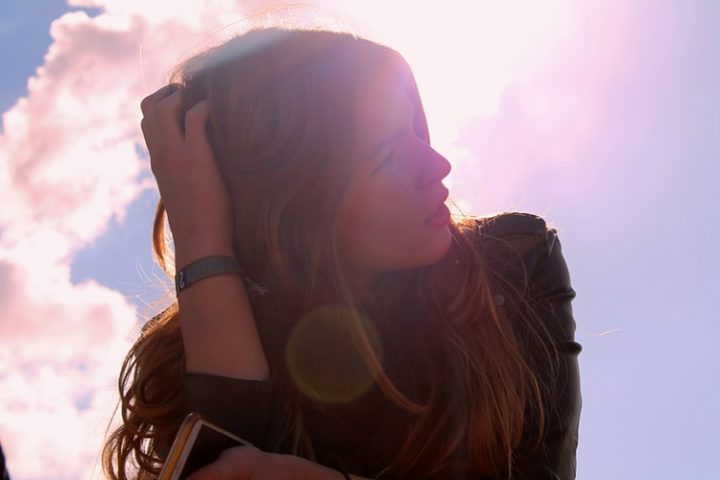 Recently I found a paper entitled “My Fear of Failure,” that I had written for an introductory writing course three years ago.

I almost cried as I re-read it, because of how dismal my outlook was back then. At one point I had written the following:

“If I could push aside this fear of failure, I’d be nearly limitless. I have dreams of going on adventures that I could never do now because my fear is holding me back. If this fear didn’t exist, I would take a road trip around the United States with my best friends, I would travel around the world, touring castles and riding elephants. I would never eat at the same restaurant twice, and I would do all the things that are currently only my dreams. However, I have hope that as I force myself to try new things–no matter how scared I am–I’ll get over this fear of mine. The more I force myself to do, the better I get at not being afraid to fail. One day, I believe, I’ll get to the place where the longing I have for adventure will outweigh the fear I have of failure, and I will be no longer limited to the confines of my fears.”

My prediction turned out to be correct. Since I wrote those words, I have learned so much about taking control, and not letting a fear of failure run my life. In this article, I’ll share some of the lessons I’ve learned in the past three years about how to fail and how to grow from failure, as well as some of the experiences that taught me those lessons.

Be Brave Enough to Do New Things

Ignore the nagging, negative voice in your head and just do things.

My first day driving a tractor, I was scared out of my mind. I hadn’t even been in a tractor before. I was sure I was going to be terrible at it, and everyone else seemed so competent. However, I didn’t have a choice. My boss needed me to do it, so I did. After the first few days were over and I started to get the hang of it, I realized a valuable lesson.

I had always been so scared to try new things because I didn’t want to be bad at them, but it’s entirely natural to be bad at something the first time you do it. Since then, I’ve been trying to force myself to do the things that I want to do but I’m afraid I’ll fail at, knowing that it’s okay to fail for the first few days. If you start out at the bottom, the only place to go is up.

Be Willing to Learn From Failure

If you fail at something, assess the situation to find what you can learn from it.

I almost failed my first midterm in Biology during my second year of college. I had straight A’s up until that point, and being a half point away from failing a test was really hard for me to deal with emotionally. I decided then and there that I wasn’t going to let it happen again.

I thought back on what had led me to that point, and what I could’ve done differently to get a better outcome. I realized that my study methods weren’t helping me out at all with my exams, so I changed them. I focused on employing different learning styles and finding real-life examples of what we were learning. It worked, and after that point, I got solid A’s on every biology test I took.

That was a turning point for me. I remember it as one of the first times in my life that I made a conscious choice to learn from my failure. Getting an A in that class was easily the most rewarding A that I had ever gotten because I worked so hard for it, and I hadn’t let my failure drag me down.

If you approach failures with a “How can I learn from this and what should I change?” attitude, then failure can be one of the best outcomes you will get, because it means you’ll get better and continue to grow.

Recently I went to an underwater robotics competition with the Remotely Operated Vehicle (ROV) team from my Community College. We’d put thousands of hours of work into our ROV and felt that it would perform well in the competition.

The night before we were to compete, we stayed up all night finishing the robot and making it as good as we possibly could for the two runs we had the next day. However, when it came time to put our robot in the water the next day, things started going awry. We had to forfeit our first run due to some misunderstandings about pneumatic regulations.

As we fixed those issues and prepared for our second and final run, we decided that no matter what happened, we were going to go in there and just have a good time in the pool with our robot. The outcome of this competition didn’t matter. Instead what mattered was the great times we’d had together for the past nine months.

It was a good thing we decided this together, because our robot’s thrusters–its only method of horizontal movement–failed as soon as we put it in the pool, and we couldn’t complete a single task. Through it all, we kept a positive attitude. All we wanted at that point was to have fun in the pool with our robot, and we did.

Sure, it was frustrating that we never got to see how well it could actually do, but we enjoyed ourselves nonetheless.

Even though the failure we encountered was drastic, the entire experience we had was worth failing for. Because we went into it with a positive attitude, it didn’t matter how bad our robot had done, what mattered was that we tried and we’ll do better next year.

In conclusion, failure is a very real and normal fear to have, but just because we have that fear doesn’t mean we need to let it control our lives.

Failure can work in our favor by teaching us what works and what doesn’t, and inspiring us to move forward. We can deal with a fear of failure by just getting out and doing the things we might fail at, learning from our mistakes when we do fail, and approaching all of it with a positive attitude.

is a 19-year-old college student from Harrisburg, Oregon. The things she loves most are Jesus and math (her major), and she dreams of being a high school math and science teacher. When she has spare time, which is not often, she likes to read poetry and play her ukulele.