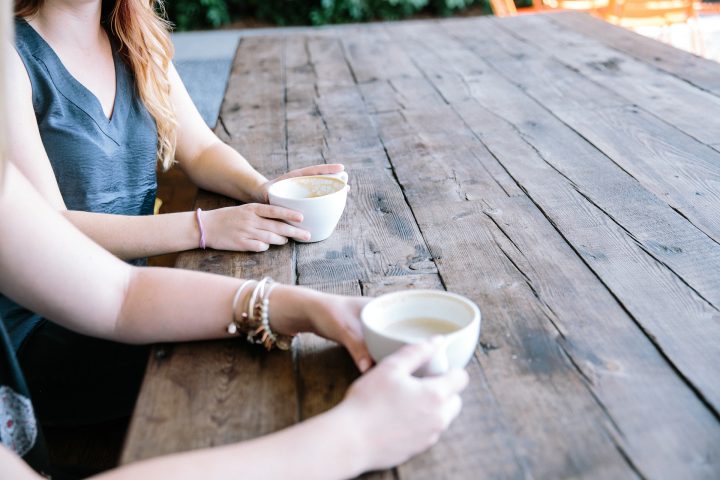 We are Rebelutionaries. We are young people who want to use our youth to serve the Lord. We are men and women who want to do hard things for the glory of God.

But sometimes, the hardest and most impactful things we can do seem simple and insignificant. Sometimes, the thing that will actually make the biggest difference isn’t big at all. Sometimes, we overlook hard things because they are also small.

As we seek to serve God and do hard things, it is easy for us to miss opportunities that God has set before us. Often we think that hard is synonymous with big.

As we run around trying to solve world hunger, we overlook the single mom down the street who is struggling to make ends meet. We are so focused on changing the world that we don’t stop to care about the individual. This is a mistake. It is contrary to the heart of God.

Look at the example of Christ. Even though he came to change the world, his entire ministry was focused on individuals. He cared for the person who was standing in front of him. He loved and reached out to the people who crossed his path. We are Christ’s followers. He is our example.

So let me challenge you to do hard things. Use your youth for the glory of God. But don’t overlook the small, simple, seemingly insignificant hard things.

I have dedicated the last year of my life to one seemingly insignificant hard thing—having conversations. I have been working for Justice for All, a pro-life organization that goes to college campuses and seeks to start conversations with students about unplanned pregnancy and abortion. Justice for All reaches out to individuals. We seek to care for each person that crosses our path.

Honestly, sometimes it feels like we are spinning our wheels. Abortion is still legal. It is still taking place. Children are still dying and women are still hurting. Can reaching out to those who disagree with us and having conversations actually make a difference? Is this particular hard thing really worth doing?

Over the past year, I have discovered the tremendous power that simply listening to another individual’s perspective can have. It is amazing the impact one conversation can make on another person’s life.

We have not seen laws change but we have seen the hearts and minds of individuals change. We have seen the lives of children saved. We have seen people come to Christ. And all this through the seemingly small, insignificant hard thing of having a conversation with people who disagree and loving them in spite of the disagreement.

14-year-old Amanda discovered the incredible power of a simple conversation when she volunteered at a Justice for All outreach event at a university and talked with a student named Laura. Two months later, Laura contacted Amanda with the news that she was pregnant. Because of her conversation with Amanda, she chose to keep her baby rather than get an abortion. Amanda’s family had Laura and her boyfriend over for dinner and through their witness this young couple came to Christ.

Amanda had a conversation. She did not do anything big or dramatic. She simply talked with someone who disagreed with her. She listened. She asked questions. She found common ground. And through that simple interaction, she saved a life and eventually led two people to Christ.

So let me challenge you. Don’t overlook the simple hard things like having a conversation, because sometimes those are the things that will make the biggest difference.