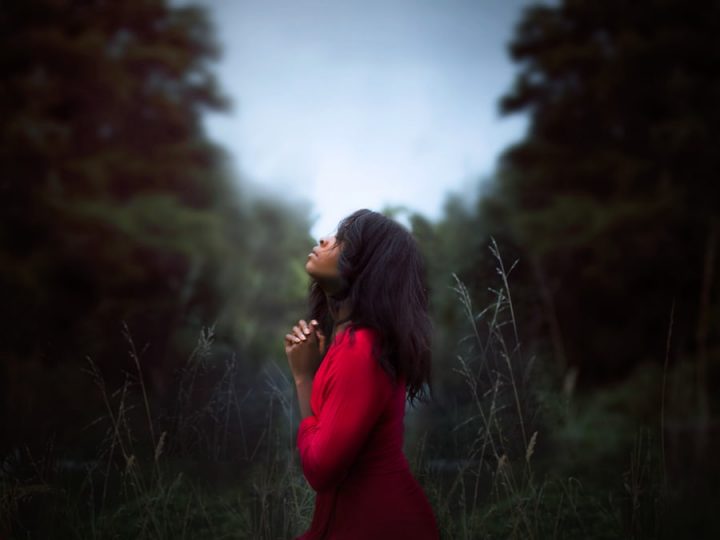 “God, please tell me everything I need to do. I’d feel so much better if I knew what your plans were.”

Does that sound familiar to you? Have you ever wished to know what God’s plans are and what you need to do in the future? I have, and many times I’ve wished that he would reveal more than just the “next step.”

However, moving and writing has taught me that having knowledge of the future isn’t necessarily good.

Here’s three reasons why God doesn’t give us all the details:

Having All the Knowledge is Overwhelming

My family and I moved recently, and there’s been a lot going on this year. While we were talking, my mom was marveling how she never would’ve believed we’d be where we are now.

As with most moves, there’s a lot that happens and it’s stressful. There’s the moving, settling in, and making all the arrangements. On top of that, there were previous commitments to consider, and plans for trips that had been made in advance.

During the moving process, my mom remarked how she was glad that she hadn’t known about the move earlier. In addition to the stress, she felt that she wouldn’t have enjoyed a trip we’d taken as much, if she’d known.

Likewise, I think knowing would’ve robbed me of some of my own pleasure.

Sometimes we think that knowing it all would be such a relief, but in reality, if we knew everything, would we be able to bear the weight of it all?

Life isn’t easy, and our roads won’t be without their bumps. But, though I would love to know what’s going to happen sometimes, I’d probably be an emotional wreck. I’d be worrying over future challenges.

That’s no way to live.

Dependence on God Helps us to Mature Spiritually

Now consider this: If we knew our entire future, would we be better off spiritually?

Utter dependence on God is what brings about real Christian maturity. Our lack of knowledge of future things forces us to strengthen our faith and trust in him. Reliance and a faith grounded in him makes us fruitful.

“Blessed is the man who trusts in the Lord, whose trust is the Lord. He is like a tree planted by the water that sends out its roots by the stream, and does not fear when heat comes, for its leaves remain green, and is not anxious in the year of drought, for it does not cease to bear fruit.” (Jer. 17:7-8).

Being “in the dark” also helps us to grow closer to the Lord. Even through the uncertainties, he is in control. We won’t know everything, but we can be sure that God is working all things for our good.

God’s Ways Are Higher Than Our Own

Did you catch that? God’s ways and thoughts are higher than our own.

Even if God did reveal all that we wanted, would we understand? Because we are still fallen human beings, his plans would still be beyond our comprehension.

God’s intricate plans are more complex for our earthly minds. Instead of making things clear, we might come to the wrong conclusions.

Will knowledge of the future truly benefit us, if we can’t understand it?

Let’s Be Grateful for What We’ve Received

With all that said, I still believe we should seek to know what God’s plans are. However, wishing we knew it all isn’t right. God doesn’t tell us everything for a reason. All that matters is that he knows what’s going to happen.

We should be content with the direction he provides. We should be thankful that he has a plan for our lives and guides us with care. Let’s stop being discontent and fretting over the future.

“Do not be anxious about anything, but in everything by prayer and supplication with thanksgiving, let your requests be made known to God.” (Philippians 4:6).

Too often we want more, when we should appreciate what we’ve already received.

Wishes like, “If I only knew the future, everything would be better” diminish our joy and breed discontentment.

To know it all is too heavy a burden to bear.

Dependence on God helps us to grow and bear fruit.

God’s plans are higher than our own.

So let’s stop wishing for more and start focusing on what he wants us to do—right now.

Hope Dougherty is a 17 year-old writer and blogger. She resides in upstate New York and calls herself a proud River Rat. Hope mainly writes fantasy and is part of the awesome Young Writer's Workshop. She also enjoys drawing, swords, and music. You can find Hope on her website, where she writes about Christian living for teens and shares her passion for writing.