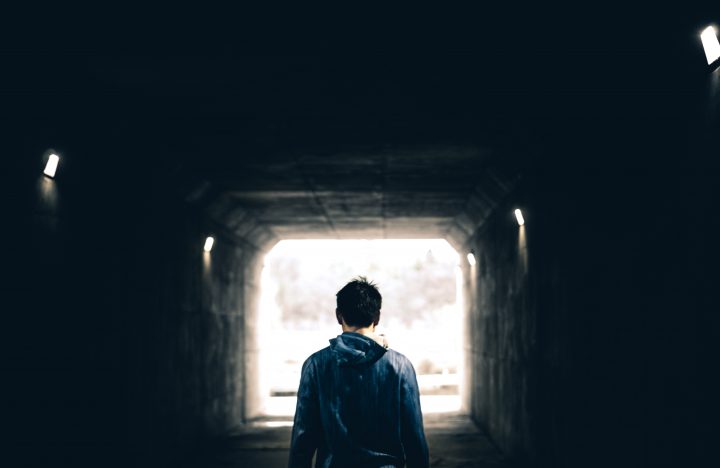 Persistence is the ability to continue firmly in spite of resistance.

Adversity is an unfavorable circumstance.

Failure is an act proving unsuccessful.

To put these in retrospect, persistence is the mountain climber who keeps climbing despite every time he falls off. Adversity is the storm that occurs every time that mountain climber starts on his journey. Failure is attempting to climb to the highest peak, but never accomplishing the goal.

Everybody faces adversity and failure in their life. Jacob and his son were separated because Joseph was sold off as a slave (Genesis 37:18-36). Joseph was tossed in jail (Genesis 39:20), and David was on the run from Saul for about seven years before he ever became king (Samuel 20-21). Each situation caused a wall in that person’s life, a wall that caused a lot of pain and discomfort.

However, each person was able to break through and excel in their life. The only question that remains is, how can we overcome calamity?

Well, in each situation, they persisted with God. They acted in obedience.

Jacob wrestled with an angel, symbolizing him calling out to God (Genesis 32:24). Joseph remained faithful in jail (Genesis 39-40), and David continued to show mercy to Saul (1 Samuel 24). Each hero obeyed God.

However, there is more to the story. Jacob engaged in conflict with that angel and would not let him go until the angel blessed him (Genesis 32:26). Joseph arrived in prison, aided two prisoners (following God) and continued to stay there for two years (Genesis 41:1). For those two years, he persisted in his faith and obedience. David was on the run for many years from Saul (1 Samuel 20-31). 1 Samuel and Psalms record David’s pain and tribulation.

Each of these biblical heroes took some hard hits. However, they kept persisting for God.

To live a life full of excellence dedicated to God, one must continuously persist again, again, and again.

Finally, the angel that was wrestling with Jacob blessed him. The angel then changed Jacob’s name to Israel (Genesis 32:28). Joseph eventually got out of prison and became the second in command over all of Egypt. Joseph received a wife and children (Genesis 41). David became king and was able to start the plan for building a beautiful temple for God (2 Samuel 5 and 2 Samuel 7).

They finally reached the top of their mountain after much adversity that caused discomfort and pain.

It breaks my hearts to see people go through pain and give up on their hopes and dreams.

I would love to be able to tell each of them, “Look, I know your situation is tough and it doesn’t make sense now and maybe it never will. But eventually you will succeed if you keep going at it. Keep persisting through the adversity. I know it’s hard and I know failure hurts, but trust me, eventually your reality will change.”

It breaks God’s heart when His people go through pain. Sin is the direct cause of pain in this world. I believe God is filled with joy when His people choose to overcome difficult situations through His power and grace. I’m not saying to go at it alone, and please don’t. We need people and most of all we need the help of God. Wherever you are, regardless of how many times you have fallen off that mountain, how many times those storms get worse and worse, I want you to know that you have victory in Christ and will accomplish all He has planned for your life. All you need to do is be persistent.

Do you remember a man named Hezekiah? He had an illness and was going to die. However, Hezekiah prayed and reminded God of his faithfulness. God had mercy on him and added 15 more years to his life (Isaiah 38:1-9).

Persistence is a principle, not a rule. But God honors our faithful persistence.

Albert Gonzales is nineteen and about to be twenty in November. He currently attends Grand Canyon University as a sophomore. He likes to read, think, and hang out with friends. A main hobby for him is studying psychology and trying to understand how everything operates in this big world. He prefers the old testament more then the new testament but he still love Jesus.