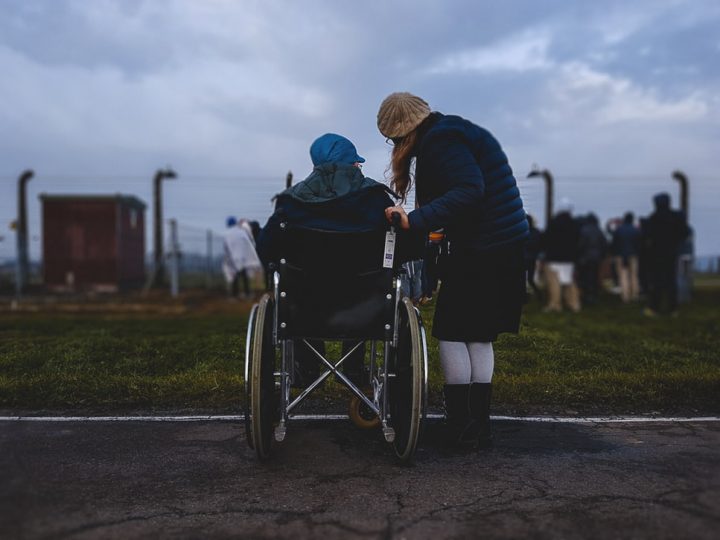 Have you seen someone in a wheelchair today? Or someone who kept bobbing their head while flicking their hands without speaking? You probably haven’t.

If you’re like most people, you didn’t notice them.

Who are these individuals? They are people with developmental and cognitive disabilities. I don’t blame you for not noticing them. Most don’t.

Who Have You Overlooked?

It might be because you were probably told not to stare at them at a young age. While we shouldn’t be rude and stare at these people, you can’t be blind to them either.

Did you know that people with disabilities have only had civil rights for the past twenty-nine years? The world in general has overlooked these people for centuries. But when we overlook them, we’re overlooking Jesus. The Bible says so.

You Might Be Uncomfortable . . . But You’ll Also Be Blessed

If you want to learn to be around these people, you’ll have to be comfortable with being uncomfortable.

Jesus said “go” many times, but only once did he say “go quickly.” Luke 14: 21 says, “So the servant came and reported these things to his master. Then the master of the house became angry and said to his servant, ‘Go out quickly to the streets and lanes of the city, and bring in the poor and crippled and blind and lame.’”

Did you notice that three out of the four categories of people mentioned here have a disability? I don’t think Jesus was trying to spiritualize these qualities. I think he is trying to point out that we need to seek out people with disabilities!

You may not see value in them, but if you invite these people into your life, you will be blessed.

These people present their broken selves for the whole world to see. The person you see on the outside is what we feel on the inside. They do not put up masks. You will be able to be authentic with these people and they will not reject you for it.

How can you include them? Even so, it’s not enough to just include them. You have let them belong with you. Listen to them, and ask them to repeat themselves when you can’t understand them.

After reading this article, at best, you might go from being ignorant and ignoring people with disabilities, to pitying them.

Don’t even think you have to care for them, thinking you can’t get anything out of this relationship.

If you want to include these people, reach out to them like Jesus and be their friends. Friends are able to get some meaning out of their friendship. These people have so much to offer! You can have a reciprocal friendship with them.

I can guarantee people with disabilities are in your neighborhood, your schools, and your communities. We, as rebelutionaries, need to take a stand on being with these people, even if it’s unpopular.

When we don’t invite these people in and let them belong, we are missing out on a blessing.

We need to invite these people to be celebrated, because they are needed.

This is how we can become rebelutionaries. By doing the hard thing of reaching out and being these precious people’s friends. This is true living!

is a homeschooled/public schooled Junior. He loves spending time with Jesus most of all, but also enjoys Young Life (youth ministry), Pokémon, and Taekwondo. He has five younger siblings and one older one with disabilities. He has a bleeding heart for people with disabilities and prefers to have them for friends.