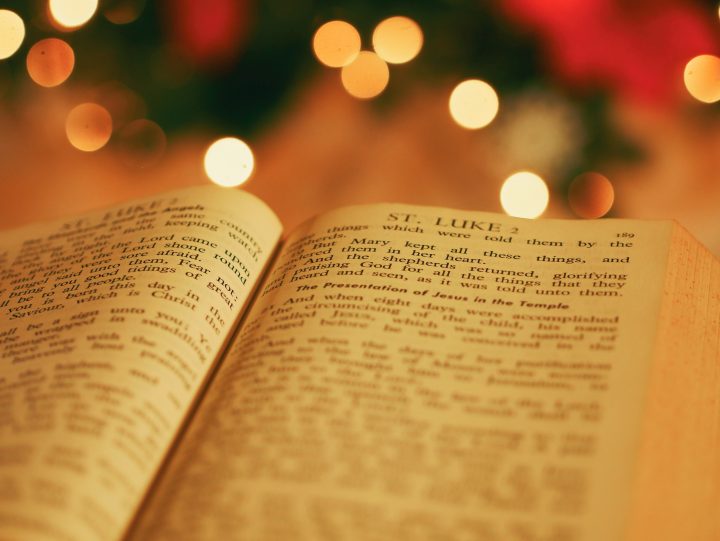 Editor’s note: Throughout the years, TheReb has published thousands of articles, each challenging and encouraging Rebelutionaries to do hard things and seek God. But among these posts, some have especially resonated with you, our readers. So over the next few weeks and months, we’re bringing back these classics, reposting our most popular and well-read articles. May they encourage and remind you of God’s unchanging truth!

Do you know where the Christmas story begins?

Because often, we start in the wrong place.

Our advent calendars will start out with “In those days a decree went out from Caesar Augustus that all the world should be registered.” (Luke 2:1)

But that’s not really the beginning.

Some retellings may even start earlier in Luke 1, opening with an aged Zechariah, and the birth of John the Baptist. But that’s not far enough either.

Because if we just begin in Luke, we miss the whole reason for the Story.

So let’s flip back the pages, and begin this Story properly.

There was God. And God was three-in-one, perfect and holy, complete and beautiful. Then one day, He spoke. And His Words painted existence itself. Light and waves and hills and hibiscuses and seahorses and zebras–and us. And it was good. It was beautiful. It was perfect, like a jewel.

But we shattered it. We threw it to the ground, demanding our own way, our own wants. We took the glory of the incorruptible God, and traded it for corruptible things. And so we were separated. We were shattered. All the world went awry, and it was our wrong which did it.

Cut off from Him who is Life, hope was extinguished, our purpose destroyed, our very being twisted into raw brokenness and loss and fear and anger and rebellion and–shatteredness.

A Rescuer was promised. A Rescuer would come. All the earth waited for Him, eagerly expectant. A coming King, who would rule His people rightly. A coming Conqueror, who would destroy our entangling bonds. A coming Healer, who would lean down, gather our broken shatteredness, and, somehow, put us–put the entirety of reality–back together again.

And so they waited, they looked, they sat impatiently, ever wondering, ever asking. When is he coming? What will he be like? Can he come now? How about now? How much longer? And not just mankind, the whole of Creation did the same, groaning and longing for the great renewal, the reconciling.

The years passed. God picked out a man of Ur, a family, and the image of the Rescuer became clearer. He made them into a nation, and gave them a king. The picture became a bit more focused. He sent prophets, telling of newness of heart, of cleansing of soul, of becoming the sons of God–and yet they waited.

And they grew tired. Surely He must have come by now; could we have perhaps missed it? Or perhaps He isn’t coming at all. Despair began to sink in.

But then, and only then, did the days come to pass that Caesar Augustus declared that all the world should be taxed.

Then, and only then, there was no room to be found, scratchy hay and a rough manger, and a sky exploding with the thunderous praise of overjoyed angels.

For not only is Christmas not the true beginning of our story. It’s not the ending either. Don’t close the book after the adoring wise men bearing gifts. Because that baby becomes a bloody Savior bearing a cross.

Yet even then, the story isn’t finished. Because that baby comes again, crowned as the victorious Lamb, making all things new, bearing His reward with Him.

The Timeless One entering time, He who created matter stepping into the space of a small stable, “I AM”, who is there in the very beginning and the very end–and He’s here. He’s among us. Emmanuel, God is with us. How unthinkable, how wonderful, is this?

Christmas is a beautiful part of this Story. But don’t stay there. Because it’s not the beginning. And it’s not the end.