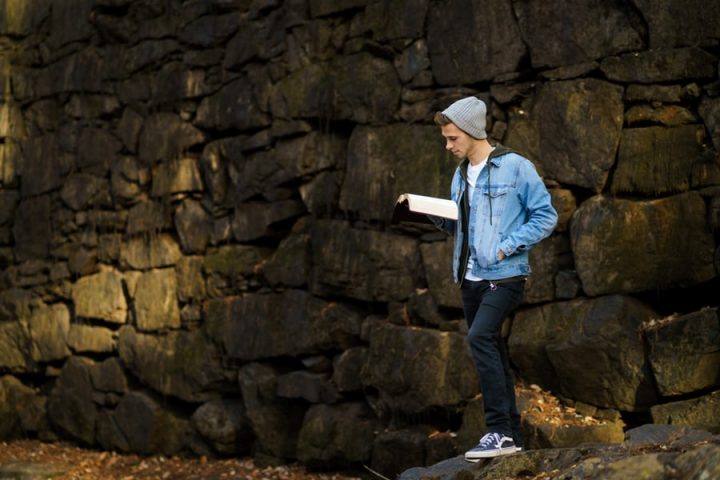 It’s a new year, and among other resolutions and goals, you’re probably hoping to read the Bible more.

Maybe you’re planning to do an in-depth study, or memorize a verse every week, or join a Bible study at your church.

But one question we rarely ask is, “Which Bible translation am I going to use?”

Maybe you grew up, like me, using just one translation. Or maybe you’ve hopped around between several. Maybe you’ve heard arguments for using (or not using!) certain translations, but it all seems too confusing. I’ve been there!

With all the versions out there today, it’s important we know how to navigate the maze of acronyms (NIV? ESV? NRSV?). We need to understand the purposes and methods of different translations and how that affects the way we encounter God’s Word.

Why All the Differences?

First of all, why do we need all the different versions? Why can’t we just have one? You probably know this already, but let me break it down anyway.

The Bible wasn’t written in our language—it was written in ancient Hebrew (Old Testament) and Greek (New Testament), with a little bit of Aramaic thrown in. Those were the languages the people of those days would have understood: Koine Greek (the language of the New Testament), for example, was a trade language. That means you could go pretty much anywhere in the ancient world, and if you spoke Koine, somebody would understand you.

But of course, we don’t speak ancient Hebrew or Koine today. That’s why we need translation committees to translate it into a language we can understand.

And if you speak a second language, you know that the same thing can often be translated two (or ten) different ways.

It’s not just a matter of bringing over each word in order—the grammar is vastly different between languages and many words have multiple shades of meaning. And that’s not even counting things like idioms (try explaining “It’s a piece of cake” to a non-native speaker)! Translation committees have to make thousands of choices about how to carry words and meanings over to English.

So how do they make those choices? Well, each translation committee is governed by a specific philosophy. That philosophy will guide every aspect of their translation. The two major philosophies of translation are formal equivalence and dynamic equivalence. Most translations fall somewhere on a continuum between these two. It sounds complicated, but it’s actually pretty simple…

Formal equivalence means the translators tried to stay as close as possible to the literal meaning of each word in the original language—even down to the grammar, if possible.

Of course, to be exactly equivalent to the words and grammar of the original is impossible—it would result in translations like this:

So for loved God the world that Son his only begotten he gave that whoever believes in him shall not perish but have life eternal. Did not for send God the Son into the world to judge the world but that might be saved the world through him (John 3:16-17).

But the goal of formal equivalence is to get as close to the original as we can, while still having a readable English Bible.

Pros of Formal Equivalence: As you probably guessed, the biggest benefit of this translation philosophy is that we’re getting as close as possible to the words of the Bible as they were written. After all, if those words were inspired by God himself, we should have a healthy respect for the original text and try to stick close to it.

This approach also avoids allowing translators to (even unintentionally) insert their own interpretations into the text of Scripture.

Cons of Formal Equivalence: When you’re sticking close to an ancient Hebrew or Greek text, it can sometimes feel strained or awkward in English. That means it can be a little harder to read. Also, since idioms are translated literally, they don’t always make sense in English. Certain nuances of meaning might be lost in a very literal translation.

(Full disclosure: I use the NASB for most of my reading, study, and memorization, but I also use the ESV)

Dynamic Equivalence: Drawing Out the Meaning

Pros of Dynamic Equivalence: Dynamic equivalent translations are usually quite readable, since they don’t have to deal with convoluted Greek syntax (for instance). They also have the ability to catch nuances of meaning and idiom that just don’t come through in a formal equivalent translation.

Cons of Dynamic Equivalence: The biggest danger of this translation method is that it’s possible for the translators to insert their own opinion of what the text means. If they interpret the text correctly, that’s not a problem; but what if they don’t? It’s also possible for these translations to paraphrase the text rather than translating it exactly.

Dynamic Equivalent Translations: The best known of these is the New International Version (NIV). This category also includes the New Living Translation (NLT).

What About The Message?

Another popular Bible version today is The Message Translation. The Message and versions like it don’t actually fall in either of the above categories. Instead of translating either the words or the meaning of the original text directly, they paraphrase the text to help it come alive to the modern reader.

These works can be quite valuable to us as students of the Bible—they work more like commentaries, helping us see how other students of the Word have interpreted it. They allow us to see different perspectives on what the text means and how original readers might have read it.

However, we have to be careful to remember that, like any other commentary or study help, these works are done by humans and liable to failure. When in doubt, go back to the words of the Bible itself.

What is most important?

There’s no one perfect Bible translation. The version you use is up to you, your family, and your church to decide, with prayer and reliance on God’s guidance.

Personally, I like to use a formal equivalent translation for any kind of in-depth study, because then I know I’m getting the closest to the original, inspired words. To interpret the text I can do an inductive study, using commentaries or even looking at the original Hebrew and Greek to pick up on nuance of meaning. However, for just reading through the Bible, I also use the ESV, because it incorporates a few elements of dynamic equivalence to form a readable, beautiful translation that still sticks close to the text.

But while you should certainly pick one translation to use for most of your reading, study, and memorization, don’t only use that one. Look at how other versions translate different verses. Read the book you’re studying in a different translation. This will let you see the various shades of meaning and different ways a passage can be translated, which will help you understand it better.

Ultimately, although choosing a good translation is important, the most important thing is that you read it.

Read, study, memorize, and meditate on the Word.

That is how God transforms you.

Editor’s Note: Katherine Forster is an author with Crossway, the publisher for the ESV. She was not paid or otherwise influenced to speak positively about the ESV. All opinions are her own.