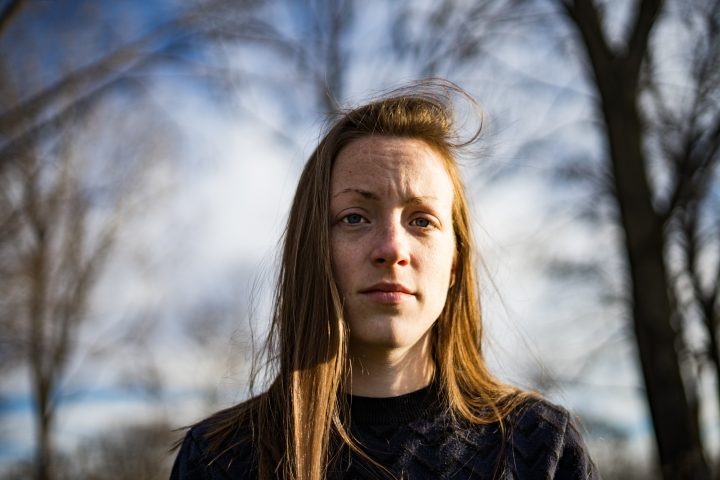 When I was a young teenager, I began to fight a battle I didn’t want anyone to know about.

It was a battle I didn’t talk about for a long time. A battle that I tried to fight on my own, without anyone to help me.

This was a battle against depression.

We don’t talk about this battle much. Many Christians would rather fall silent on it.

Because depression is the type of battle we want to pretend doesn’t exist. We’d rather wish it away with a simple prayer or bury it in the shadows–where it thrives most.

Depression sometimes makes us feel ashamed and so we hide it from everyone around us, which only makes us feel more alone and isolated.

I understand that well.

And the last thing I wanted to feel was weak.

So my depression thrived because I kept it in the darkness. Maybe yours does too?

I think it’s time we begin to acknowledge this war, and look at biblical ways to fight it–together.

One of my favorite stories in the Bible is found in 1 Kings 18 and 19. In these chapters, Elijah is in the midst of a great spiritual battle. In chapter 18, he fights for God against those who serve idols, and he watches God show up in mighty ways. It must have been a mountaintop experience for him—one of those spiritual high moments we might feel when at a conference or concert or some other big moment in our lives.

But Chapter 19 finds Elijah in a much lower place. We find him running for his life from people insistent upon killing him.

Verse 4 says this, “But he himself went a day’s journey into the wilderness and came and sat down under a broom tree. And he asked that he might die, saying, ‘It is enough; now, O Lord, take away my life, for I am no better than my fathers.”

Elijah is in a really dark place. He’s been running for his life, he’s feeling scared, discouraged, and broken. He doesn’t even have the will to keep going. He’s at the end of his rope.

But do you want to know the cool part of this story?

God doesn’t look at him and tell him just to get over it or to suck it up or to stop complaining or even to try doing something to help him feel better.

God just listens to him.

God let him talk and God listened. And then God sent him an angel to bring him rest and food to give him strength. God knew what he needed most, not only physically but emotionally too. Because after being given rest and strength, God brought him into his presence and made himself known to Elijah.

And that story reminds me of four important things to remember when battling the war of depression.

God gave us emotions. God doesn’t want us to just bury them or carry them on our way or pretend they don’t exist.

Whatever you’re feeling is valid. And it’s okay to feel it.

But it’s important to remember that feelings can sometimes lie to us. So while it’s okay to feel whatever you’re feeling right now, don’t always believe the lies your feelings tell you in the dark.

2: Don’t Place Your Hope in Your Circumstances

Our hope or our joy doesn’t come from our circumstances. Circumstances and even feelings can change so quickly, as we see with Elijah.

“Why are you cast down, O my soul, and why are you in turmoil within me? Hope in God, for I shall again praise him, my salvation and my God” (Psalm 42:11).

3: Talk to God and Others

You aren’t meant to carry the burdens of your feelings on your own. Lay it all out at God’s feet. Tell him every emotion.

Over and over in the Psalms, David would lament to God about his pain and suffering and even depression. God wants to hear from you and he has promised to be there with you through whatever you’re feeling.

Talk to him and talk to other people too. Don’t walk through this alone.

4: Stay in His Presence

Elijah experienced God’s presence in the midst of his suffering and pain. And that gave him the strength—no matter what he may have been feeling afterwards—to move forward and go into the next task God had for him.

Make time to be in God’s presence. Don’t just talk to him—sit in silence, listen to what he has to say, study your Bible, and embrace him.

Only in his presence do we find true joy and strength for whatever we’re walking through.

Depression is a hard battle. One that sometimes feels like it won’t end.