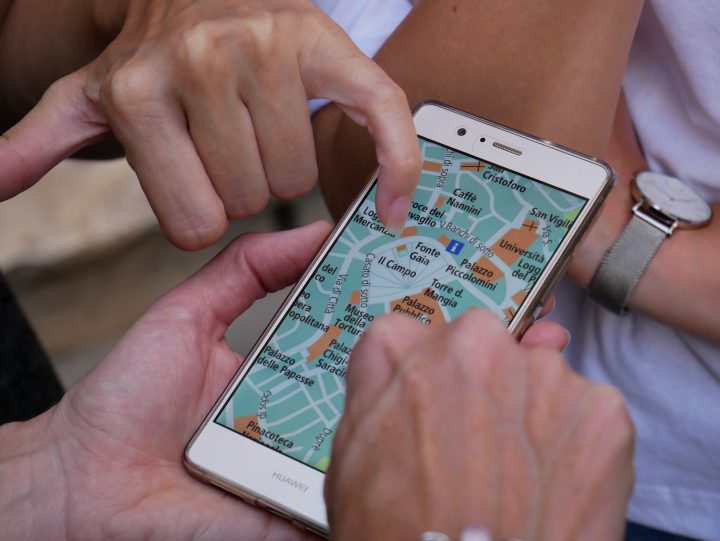 Thus journalist and New Yorker writer Malcolm Gladwell wrote in the preface of his book, What the Dog Saw: and Other Adventures. I remember reading that line shortly after I got the book a Christmas or two ago, and I’ve been thinking about that idea ever since.

It makes you ask a good question when reading: “What is this person thinking?” Really, you can ask that in any interaction someone may have with others.

Better still than asking the question, though, is getting some sort of answer to it.

As young Christians, we’re going to face a lot of difficult discussions in our lives. Some will be productive, some probably won’t, but in order to help us maintain blamelessness and good character during these talks, let’s look at some things to remember!

And a lot of variables play into how different people view the same things. So often we can be caught up in our own little brain-worlds, that we forget everyone else has as much going on in their heads as we do.

By nature, this can and will often lead to disagreements between us and the people we come into contact with. That’s actually okay, though. (Shocker number two.)

We discussed handling ourselves during disagreements a couple of years ago. But today I’d like to build on that foundation and talk about understanding others, too.

Because, like it or not, not everyone will try to act their best during a disagreement, and even if they do, they might not always succeed. And neither will we, for that matter. (Shocker count: 3)

This in mind, it’s important to know what could be going on in each other’s heads when disagreeing to have a productive discussion. Even if we don’t exactly like what that could be.

To Christians, good discussion should be like good writing. Not good at persuasion, but good at understanding. I especially struggle with this.

So often I get caught up in trying to have all the best answers to possible objections/questions, trying to make a point that really dumbfounds my opponent. In other words, I keep trying to one-up everyone else.

And in that, frankly, I’m prideful.

Going to Galatians, the Apostle Paul has some words for me:

“Let each person examine his own work, and then he can take pride in himself alone, and not compare himself with someone else. For if anyone considers himself to be something when he is nothing, he deceives himself” (Galatians 6:3-4).

The key here for me is to note that I’m not examining my work based on merit, that is effectiveness at the work, but in Christ-likeness, following the model our Saviour set before us.

Instead of thinking in terms of “us and them” think in the language of “I and we.”

How can we reach a God-glorifying resolution to this? What do I need to do to help that?

Be humbled by these thoughts and patterns of reconciliation, and know it’s no longer your burden to win.

#2 Get to Know Their Story

As much as we hate to admit it, our pasts affect us. They may not define us, but they definitely color our vision at times. It’s actually the same for most people.

So, where possible, try and remember where this person has been in life.

Their story could explain why their reactions to certain topics and discussions are so strong or lax.

For example, if you have a negative experience with a certain group or ideology, your reaction in future will usually be stronger than if you’ve had inconsequential experiences with them. (Anyone who’s ever had a bad customer service experience knows exactly what I mean.)

Background applies to more than just experience, too.

Culture is important here, as well.

People from different ethnic, social, or even household cultures can hear the exact same words and phrases, and perceive them entirely differently. We need to be mindful of each other’s story before we say just jump in to say something, instead of acknowledging them after hurt has been caused.

The way to understand where someone is coming from is to listen.

Not just listen to retort,or to feign interest. But listen to emphasize with their story and see how it molds their perspective.

When we humble ourselves in this way, we help fight against the conceit Paul warns us about in Galatians 5:26, and start to walk with each other down, rather than pushing each other around the topic.

#3 Ask How to Make the Topic Accessible

Truth be told, verbal discussions are hard to navigate at times.

And I’m sure I’m not the only one who struggles to understand a topic with only sound-waves hitting my brain.

This is only more difficult when disagreement or misunderstanding is involved.

So, one of the best ways to understand what someone thinks about the topic at hand, is to ask how to make it more accessible to them.

Say you were talking to me, for example: I’m a writer and avid reader. So if we’re discussing something and I don’t seem to fully grasp where you’re coming from or see what you’re saying, books and articles are a great way to show me.

Or say someone is a visual learner, pointing them to handy videos or graphs of different ideas could help them see how things work a lot more.

The goal of this point is to be able to admit that we don’t always have the best answers and explanations. So ask questions like “How can I make this topic more accessible or understandable to you?”

This gives people the chance to let you help them during conflict.

Even when they couldn’t necessarily ask or see that they needed the help. As we said before, our job is not to win, but to understand. Part of that is knowing how to help each other get more knowledge on the topic.

This works both ways too.

If you’re having trouble comprehending what the other person is saying, or you can’t quite wrap your head around that example they’ve just given, ask for help.

If they’ve studied the topic enough, they’ll have a place or two they can point you to.

Sharing resources like this is great for staying level-headed.

I find if we’re trying to help each other see the bigger picture in an understandable way, we stop talking past each other.

And even if we never agree on the idea, at least we didn’t get heated and offended in a he-said-she-said scenario.

Rather, we’ve given each other more to work on and look into, meaning we can pause and come back to the idea later if need be.

A lot of the advice in this article takes time to build up.

These are patterns of thinking formed by habit, not quick-fixes you can always apply straight away.

That said, a great way to build some of these discussional habits is via the interactions we face regularly online.

No, I’m not telling you to go start a crusade in that controversial reddit thread or messy facebook comments section–but hear me out.

When you encounter someone disagreeing with you online, you have the built in advantage of being able to pause, think, and reply slowly. Such graces we’re not always given in person.

So next time some conflict comes up online, think back on this post, and remember the words of Hebrews 12:14,

“Strive for peace with everyone, and for the holiness without which no one will see the Lord.”