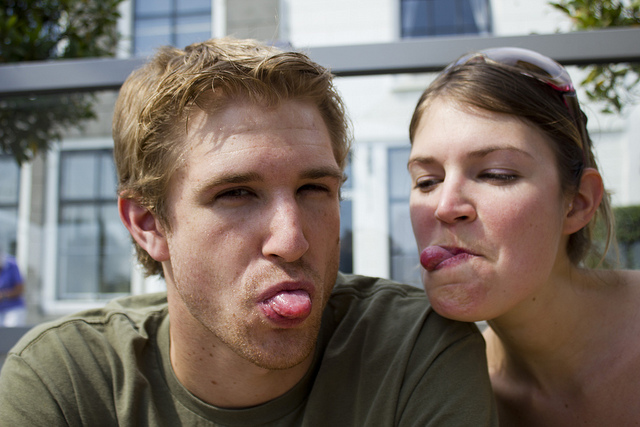 You’re never going to agree 100% with anyone.

In fact, chances are you’re not going to agree with a lot of what anyone else thinks; and that’s ok. Contrary to popular belief, you are entitled to your own thoughts and ideas.

But the problem is, how to disagree with someone without escalating the situation into a heated, personal argument. I know I tend to struggle with this. So here’s what I’ve learned so far on disagreeing with dignity.

#1: See the truth behind the statement.

Every argument is based on a truth of one sort or another. A lot of the time we don’t disagree directly with that truth, but we disagree in the way it’s presented and/or exaggerated.

I have friends I disagree with sometimes, and I notice they often fall into traps of saying “You’re completely wrong” or “I think you’re 100% mistaken.” What I don’t think they realize is that when they say such things they are, intentionally or not, calling me a liar.

Most of the time I know this is not what they mean, but it’s what is said, so it still hurts. What’s taken me a long time to learn is to see what truth they’re trying to communicate to me.

Instead of starting with all the things we disagree with, we should take a moment, at first, to talk about the truth behind the message being presented to us. Say something like “I see your point in…” or “I get what you’re trying to say with…” This way, we are not coming across as aggressive, and the person(s) we are disagreeing with aren’t instantly on the defensive.

Another thing people tend to do in their disagreements is try to tear a person down and/or guilt them into admitting they’re wrong. This, again, isn’t always done intentionally. But I must admit we could all do with building people up more.

Again, rather than instantly putting a person down for “wrong thinking” or “bad theology/philosophy,” why don’t we try being more kind and gentle in our responses. Talking in terms of “Maybe it makes more sense to look at it this way…” or “Have you ever thought maybe it’s more like…” along with a generous tone-of-voice, can avoid a lot of heated and personal remarks from both sides.

“All scripture is inspired by God and is useful for teaching, for reproof, for correction, and for training in righteousness…”

Even when we aren’t disagreeing with topics or opinions that are specifically church-related, using the Bible (in correct context for our chosen passage) as the basis for our point-of-view can be a great form of ministry.

When dealing with other Christians, using the Bible (again, in correct context) as our foundation can help someone see things from God’s perspective. It helps them separate their emotional bias from their argument, and can drive them to study God’s Word for the truth.

This form of argument also serves to keep us accountable when, unavoidably, we make mistakes. And this brings me to my last point.

Let’s be honest, as human beings we’re all going to get stuff wrong. So when that does happen, we need to take responsibility for it.

I’m not going to go into details here about how to apologize. Rather, I’m going to direct you to another Rebelutionary post by C.S. Johnson, a great writer. I just wanted to serve as a reminder that you don’t have to, and won’t, be right all the time. Apologize appropriately, learn from your mistake, and move on with life.