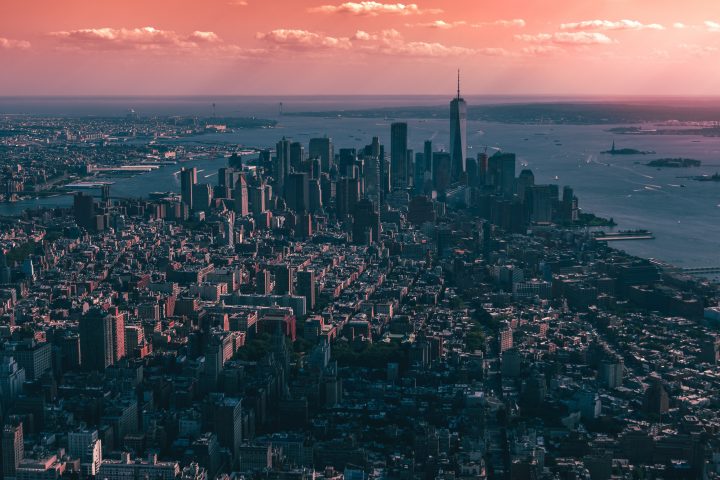 We don’t get to choose the world we’re born into.

Society doesn’t pause to offer us our choice of the cultural values, global issues, or historical events that will characterize the version of Planet Earth we’ll be a part of.

We inherit the world as it is.

It’s a lot like a family heirloom. Each generation passes down a world–sometimes dusty, sometimes broken-down–in need of care, and in turn each new generation has the opportunity to leave a preserved, restored, and even improved world for the next generation of earth-inheritors.

As young people in the 21st century, the world we’ve inherited is still relatively unique, historically speaking: We’re in a world where Christianity, having enjoyed a prominent seat for well over a millennium, is no longer the primary voice in society.

We’re in a “Post-Christian” era.

The idea of a Post-Christian world sounds a bit dismal. It gives the impression that Christianity has been defeated.

So it may sound a bit odd for me to say that, frankly, I’m excited.

While He was on Earth, Jesus assured His disciples that “the gates of hell” would not prevail against the church (Matthew 16:18). This assurance was vital, because the gates of hell sure tried their hardest.

The disciples of Jesus Christ inherited a “Pre-Christian” world, one that was far less inviting toward Christianity than our own.

For a while, most saw Christianity as nothing more than a sect of Judaism. As it expanded past its Jewish roots, Christianity was dubbed “Atheism”; it rejected the common gods and public forms of worship. As a result, Christians suffered horrific persecution during the following centuries.

But the more its opponents tried to quench it, the more Christianity flourished, transforming every area of culture it touched with its relentless, Gospel-fueled love.

One Roman Emperor went so far as to call the effect of the early church “disgraceful”:

“No [Christian] ever has to beg, and the impious [Christians] support not only their own poor but ours as well … All men see that our people lack aid from us.”

Within the first few centuries of its existence, the church went from a group of persecuted nobodies to a powerful beacon of light in the world around it:

The Bride of Christ undoubtedly earned her right to speak in the ancient world through her radical love and uncompromising dedication to the Truth. The earth saw a radical transformation like none other through the influence of the church.

Why were the early believers so effective in transforming the world around them?

How can we, as young Christians in this Post-Christian world, make the same kind of mark that the Pre-Christian world made (if that’s even still possible)?

The answer, quite simply, is the Gospel.

This sounds like the churchy answer, I know. But hear me out.

The true, glorious Gospel has endured throughout every generation, but often one aspect is neglected or emphasized above the others.

The Gospel that fueled the actions of the early disciples of Jesus Christ, though, was perhaps the most pure, unified, and multi-faceted Gospel represented in all of church history.

The early Christians recognized that the Gospel extended to every area of life, and as such it manifested itself in many ways. For the sake of the Post-Christian world, we should look at the Gospel the way they did.

1. THE GOSPEL IS REAL, GOOD NEWS

There’s a common saying among Christians today: “Preach the Gospel at all times. Use words if necessary.”

It’s said with good intentions, but it would have made little sense to the early Christians. To them, the Gospel was words.

The Gospel is news. It’s the message that, though humanity was corrupted in sin, Jesus Christ, the Son of God, took our place and bore the penalty we deserved, rising again to His glorious throne from which He continues to rule.

For the first-century church, the Gospel was not just something they sang about each Sunday.

Christ really was the Son of God.

He really was a man.

He really ascended to the right hand of the Father.

And this news really had to be heard.

Our Post-Christian world sees the Gospel as anything but real. Understandably, some believers have de-emphasized the reality of the Gospel in favor of the “principle” of the Gospel: that God loves human beings and offers them new life.

The Post-Christian world needs so much more than this. It needs the real, good news.

2. THE GOSPEL IS A RADICALLY TRANSFORMATIVE POWER

Paul refers to the Gospel as “the power of God for salvation” (Romans 1:16). When received, the Gospel becomes more than intellectually understood news. It literally transforms the hearer.

The Gospel is news that cleanses.

It takes the stone hearts of us who live lives for ourselves and replaces them with hearts of flesh (Ezekiel 36:26).

This, in part, is why the early believers so effectively transformed the world. They welcomed the world as it was, with open arms rather than pointed fingers, and introduced it to the One with the power to make it whole.

The uniqueness of their lives, so starkly in contrast with the ancient world, was a natural result of the Gospel rooting itself in their souls. They were changed people, and so are we.

The power of the Gospel isn’t weakened by Post-Christian thinking, and it doesn’t draw its strength from a particular type of culture.

Its power comes from Christ, who hasn’t lost an ounce of power since his ascension. He continues to transform lives just as miraculously as in the first century.

3. THE GOSPEL IS A MISSION TO PARTNER IN

The Gospel is a message with a mission: Life.

The mission of the Gospel is to give life to the world, uniting it with its creator for the glory of God.

Our redemption was gloriously secured with Christ in His life, death, and resurrection. But the mission of the Gospel didn’t come to a halt when Jesus was taken up in glory, nor is the mission paused until he returns again.

The Gospel’s mission continues through the church, giving life to the world in Christ’s name.
Our mission is characterized by compassion.

It is to “visit orphans and widows in their affliction” (James 1:27) and to “seek justice, correct oppression; bring justice to the fatherless, plead the widow’s cause” (Isaiah 1:17).

It is to introduce lost people to a wonderful Savior, and together be His arms in the world.

This is exactly what the early church did.

In this Post-Christian world we’ve inherited, we’re met with countless opportunities to demonstrate love. But we’re also met with the temptation – perhaps more than any other generation – to love at a distance.

We can share articles, sign petitions, donate money – all while ignoring the needs in our communities and dismissing the voice of the marginalized.

This sort of love will never change the world.

The love we need is as multifaceted as the Gospel itself.

Love calls believers to give freely to the homeless.

Love drives missionaries to drop everything to bring the Gospel to foreign lands.

Love compels believers to advocate for the oppressed.

Love brings life. And life is exactly what the Post-Christian world needs.

Each of these expressions of the Gospel has an opposite.

As the upcoming generation of the Christian church, we need to make terms with the fact that the days of fence-sitting are over. We are no longer the primary voice in society – but we must still be a voice.

This is why I’m excited for the Post-Christian era. The church has already transformed the world, and I know we’re not done.

Jesus Christ promised that the world will hate us (John 15:18-19), but He also promised that He will preserve us. I believe that our generation of world-inheritors is well equipped to present this full, true Gospel to a world in need.

Let’s give the next generation a better world.

is a 24-year-old writer who aspires to show others the wonder, glory, and love of God. He and his amazing wife Laura live in Pennsylvania, where Nathan currently works as an Application Developer. Over the last several years, Nathan has taught teen and young adult Bible studies and has enjoyed growing in his knowledge and study of theology. He is one of TheReb's regular contributors on topics related to theology and doing hard things. Aside from writing and teaching, Nathan enjoys music, programming, and spending time outdoors.