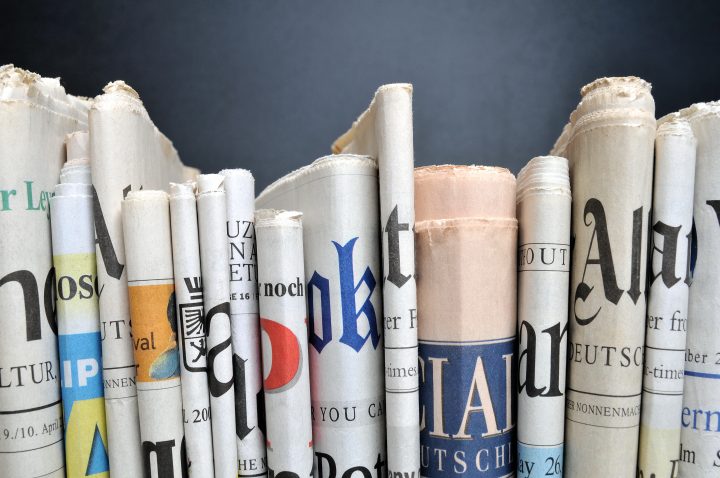 I saw an advertisement recently claiming, “Unbiased News from a Christian Perspective.” In the comments, more than a few people pointed out the irony of that statement. 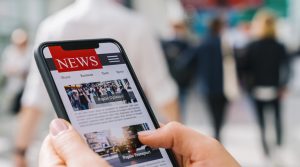 It is the job of the news media to make sense of the world. Some networks take a very active approach, like Fox’s Tucker Carlson giving energetic speeches in an attempt to persuade his audience. And some take a less active approach, like C-Span televising a court room without any commentary. Since they’re trying to make sense of the world in a way their audience can understand, news networks must choose what to show, how to show it, when to air it, etc. In this, they are imposing their values, their agendas, their narratives, their subjectivity on the world. And this is an honorable undertaking.

“The Media” or “The News Media” is all the rage these days, which makes for an exciting time to do my degree in communication studies. I’m particularly interested in an idea I’ve been encountering frequently: I just wish I could find an unbiased, objective news source. We’ve all heard that before, right? So many folks are frustrated to find such radically different representations of the world from one news channel to another. The story of the world according to Fox and the one according to CNN often hardly resemble one another at all. Hence the heartache–I just want an unbiased news source!

It’s worth considering what exactly an unbiased news source would look like. Bias means we view the world in such a way that we’re prone to favor certain ideas and stories while rejecting other ones. To be truly unbiased means to be totally objective, to operate without any values – because if you have values, you are predisposed against what you do not value. So the unbiased news source would need to be value free.

Some argue, “Of course we can never be totally objective and unbiased, but we ought to try.” And I can’t think of anything more horrible or undesirable than that. To achieve perfect un-bias, total objectivity, would require the complete removal of the individual from the sense-making process. Any time a news report airs, it can be assumed the subject matter was chosen from a list, and the rest of the list was discarded. Every time Tucker Carlson or Don Lemon gives their report, the topic has been chosen, and all the other topics left behind. To present one topic and not another is bias, subjectivity. Further, every time something is said, a hundred thousand other things were not said.

So is bias bad? Or is bias just a part of the process of sense-making? I’ll argue for the second – bias and subjectivity are integral parts of the human experience. We’ve been trained to think of bias as a bad thing. This perspective fails to account for how we construct reality through story, how we make sense of our places in the world. But if everyone is biased, then what about the facts?

“Just give me the facts!” 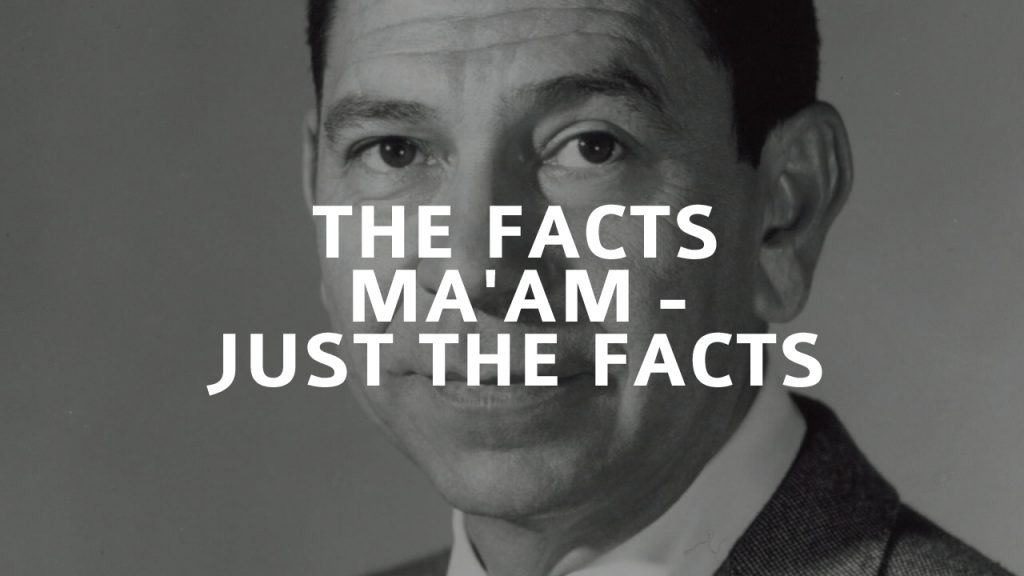 The problem with saying, just give me the facts is, of course, “which facts would you like?” and “from which perspective?” The facts are literally infinite and include so much which is not helpful to us in any way. To be given all the facts would include time tables, train schedules, weather reports from the Amazon jungle, ocean temperatures in the Arctic, performance times for concerts in Russia, numbers of views on Instagram stories, and any number of conceivable “truths” about the spinning world.

In choosing what to say, in choosing who will say it, in choosing when to air it, a network imposes itself upon the world and enters into the task of sense making. If you want a truly unbiased, objective news report, you would need to remove all values and all points of view. I suspect your best bet for an unbiased reporter would be hiring a genderless individual who had grown up in no culture, who spoke no particular language, and had no particular education – you would show “it” footage of the world from space, and it would report your news using binary code. To get every single fact, if it were possible, would be completely overwhelming and impossible to comprehend.

This experiment would be quite fun. Still, better yet I think, would be to allow a real person, with real values and virtue and goals and talents and experiences and culture, to help you make sense of the world you share. And if you go roaming through the digital landscape and choose Fox or CNN or MSNBC or Ben Shapiro or Bloomberg or your landlord, good for you. Take comfort in finding a person whose sense-making you enjoy. But don’t be deceived into thinking you’ve found a robot who’s just giving you the unbiased, objective facts. No person or group of people could ever achieve that, and no viewer really wants it anyway.

This is not to say all reporting is equal, or all values are equally desirable. Not in the least. And if your personal values correspond with the values of Fox or CNN, it probably feels better when you listen to them – their sense-making aligns with yours. Yet we are further ahead if we can recognize narrative and agenda as fundamentally part of the process. Once we understand the nature of these texts (pieces of news), we can move toward seeing the goals of the narratives being implemented by news companies.

Alan McKee claims we have a tendency to view our culture (America) or subculture (liberal, conservative, etc.) as having the truth about reality. “It doesn’t really matter if people disagree with an opinion that we have” writes McKee, “but if they disagree with something that we think is `the truth’ …then we get upset. Despite the evidence around us every day that people from different cultures and subcultures see different truths about any given situation, we still want to believe that our culture’s got it right, and everyone else is wrong.” McKee’s insight ought to prompt Christians to ground their understanding of the truth in Christ, the Word which was in the beginning and has not changed. When claims about the world are untethered from the living person of Jesus Christ, it’s best to think about them as opinions and sense-making rather than “truth.”

There is no unbiased news, and we shouldn’t wish for a world where there were. That would present a dull reality to be sure. Making sense of the world is a formidable task which requires our active participation.

By understanding the nature, goals, and assumptions of the stories we're being told, we position ourselves to make better decisions in our accepting and resisting. Click To Tweet

After all, we’re all telling stories. Each of us is living as a character in our own story, in the collective stories of our communities, and the grand story begun by the Lord speaking the world into being. Likewise, our own speech is imbued with power, to tell and shape and remake the worlds we inhabit. We are surrounded by competing narratives and conceptions of the world. Who are the good guys? Who are the villains? Where will our salvation come from? What do our lives mean? With every waking breath we’re speaking our answers, even as we see them being spoken to us in the world at large. May we cling to the one who began the first and greatest story, the author and perfecter of our faith, and allow him to guide our sense making in this good world.

A form of this article was originally published on Javen’s blog, here.

is 23 years old and lives with his beautiful wife Aleisha in Seneca, South Carolina. He’s a senior at Toccoa Falls College where he studies mass-media communication and co-hosts The Abstract Podcast. Javen’s super-power, if he had one, would be the ability to press pause on the world and catch up on reading. He enjoys fly-fishing, going to the theatre, and always uses Oxford commas. He writes at
www.javenbear.com.