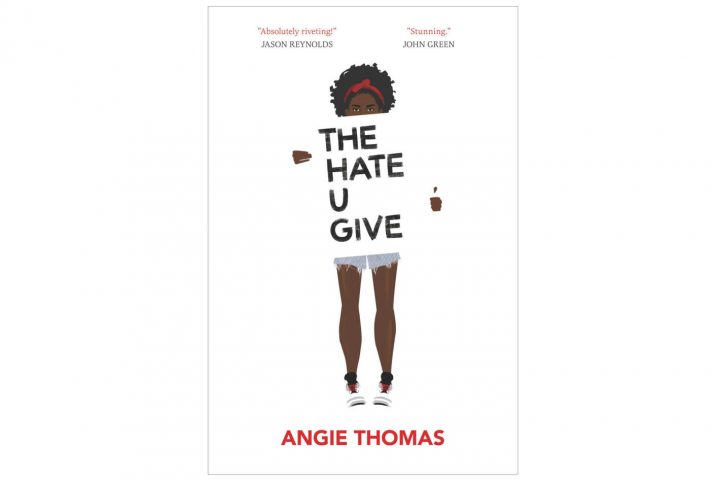 If I could recommend one book to read in 2021, it would be The Hate U Give by Angie Thomas. I picked up a copy last summer when the library reopened, and even though the book was published in 2017, it felt like it was written yesterday. It felt like it was about now.

The Hate U Give is about a 16-year-old girl named Starr Carter who, at the beginning of the book, is living in a poorer, mostly-black neighborhood while attending a wealthy, mostly-white school. She struggles to navigate the two worlds, trying not to act “too ghetto” at school, and worrying about how her dad will react to her having a white boyfriend.

But near the beginning of the book, something terrible happens that shakes up her life: Starr’s close friend is killed by a policeman. This sparks a national protest, and while Starr is grieving her friend’s death, she also has to deal with the fact that he’s now the face of a movement. Kids at Starr’s school use his death as an excuse to cut class and protest. Gangs that hate each other decide to work together to try to prevent riots in their community. They experience tangible, untamable, community-wide grief, but it turns to anger when nobody seems to listen.

And in the middle of it all is Starr, trying to process heavy issues of race, identity, and injustice, while grieving the loss of her friend.

For instance, in the book, a policeman kills Starr’s friend. When she tries to get justice, she runs up against deep flaws in the criminal justice system. But at the same time, Starr’s beloved uncle, who is also somewhat of a father figure to her, works as a police officer. And so, Starr’s feelings about the police are complicated, and we as readers empathize with that complication.

Now, as with most books, there are some content concerns you should be aware of before deciding whether or not you want to read it. It’s a young adult book, and thus contains some adult themes.

Most notably, this book both depicts racism and discusses it extensively. While this is a timely and necessary topic to explore, it’s also a heavy, hard one. There are also a number of very violent incidents in the book that are hard to read. Finally, there is some foul language and a bit of sexual content that, while not shown and not graphic, is discussed.

Interestingly, The Hate U Give is much more religious than your typical YA book. Starr’s parents have slightly different religious beliefs from each other, and vary a bit in their level of devotion, but the family prays to “black Jesus” together. Starr herself prays, although religion isn’t an enormous part of her life. However, there are side characters in the book who are devout Christians, and Starr’s friend has a religious funeral. I found it very refreshing to see Christianity depicted this way, not as something preachy, not as something evil, but just as a reality.

Overall, The Hate U Give has everything that makes a story good. The characters are interesting and nuanced, and the plot is gripping. As readers, we root for Starr, grieving with her, learning with her, and cheering her on as she finds her voice. But what I loved most about this book is that it talks about important, timely issues, but instead of telling us what to think or giving us pat answers, it shows us a story.