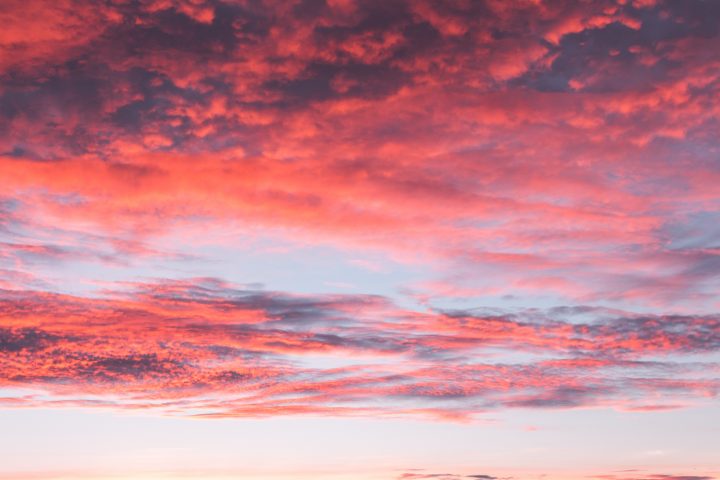 “Our Lord finds our desires, not too strong, but too weak. We are half-hearted creatures, fooling about with drink and sex and ambition when infinite joy is offered us, like an ignorant child who wants to go on making mud pies in a slum because he cannot imagine what is meant by the offer of a holiday at the sea. We are far too easily pleased.” — C.S. Lewis, The Weight of Glory

Like most teenagers, I struggled with my desires, especially as I began to grapple with how my faith impacted my life. I took Jesus’ promise literally that “Whoever drinks of the water that I will give him will never be thirsty again” (John 4:14).

If Christ’s promise of ultimate and eternal satisfaction is true, then why do I still struggle with desires? I wanted Christ, but I also wanted friends and fun, love and approval, success and enjoyment of life. These desires must be idolatrous, I reasoned, because their very existence proved that somehow I wasn’t drinking enough of Christ to be satisfied only in Him. My thinking led to always looking forward to the “next season” of life where I hoped to no longer struggle. It didn’t take long to discover that no matter the season of life, these desires never go away. There’s always a “next thing” our discontent hearts want.

Then I stumbled across C.S. Lewis’ The Weight of Glory. Lewis doesn’t shake off the passion of human desire and expect us to be Christian stoics. Desires are real. They pester us. Sometimes they’re painful, especially when they go unmet for long seasons. The question is, does this intensity of human desire have any part in the Christian life? Can my motive in seeking God be rightly the reward of having desires met?

First, Lewis explains that desire for reward can be a natural part of the way we’re wired. Lewis delineates two kinds of motivation for reward. The mercenary desire is cheap and fraudulent. We all look down on a man who marries a woman for her money, or a captain who fights with valor in order to win a position in the kingdom. Yet, we call a man who wins a woman for love, or a warrior who fights for victory a hero. What is the difference, for in both cases, the fighting and the wooing are done with a reward in mind? Lewis explains that “the proper rewards are not simply tacked on to the activity for which they are given, but are the activity itself in consummation.”

But there is yet another case, one that mirrors the human experience of desire that points to the reward of another world. Imagine a young student studying Greek. The reward of his labors will someday be the enjoyment of Greek poetry, but he cannot yet imagine such an enjoyment to desire it, he must simply prod through his study. But, suppose that he begins to enjoy English poetry and novels so much that he starts to neglect his Greek grammar. In this case, he is already enjoying the same pleasure of imagination that his Greek would only increase, only he does not realize it. The lesser enjoyment is then acting as competition to the greater.

This, Lewis argues, is the picture of human desire. The desires we experience for love and family, beauty, nostalgia, fame, and pleasure, are like the schoolboy’s English poetry. Their very existence points to the reality we were made to have our desires met in another world, and yet, they serve as competition to our seeking that reward. Our desire for heaven is not mercenary, then, but rather the consummation of our activity of seeking it, just like enjoying Greek poetry is part of the pleasure of learning Greek.

Longing for Another World

Of course, the existence of such desire in the human heart doesn’t prove that all will enjoy the reward, any more than the existence of hunger in a shipwrecked man on a raft proves he will find food. But it does prove that he comes from a race marked by the necessity of eating. So the presence of desires impossible to be fully met in this world proves that we were created for another world.

Such a desire for another world is in us all, but we cleverly conceal it under the name of beauty or nostalgia, slapping physical or emotional explanations on our experience of a longing much deeper. We feel it when we stop to watch a sunset over the mountains, or the crashing waves of a beach, or the intricate face of a sleeping newborn, or the stirring awe of the final notes of the Handel’s Messiah. Yet, always the sun sets or the baby wakes or our beach vacation ends, and that longing of our hearts to belong vanishes in the mundaneness of ordinary life. Then, we experience the irresistible pull to linger and remember back to other such moments. We may call it nostalgia, but nostalgia simply points back to memory of another such fading experience.

What makes heaven such that it can serve as the perfect fulfillment of all these earthly longings? Lewis is honest, as I think we all must be, that the pictures of heaven we find don’t strike us as particularly appealing at first. In Elizabeth Prentiss’ Stepping Heavenward, the 16-year-old girl journaling can’t imagine heaven being enjoyable, as she tells her mom, because singing songs with angels forever and ever sounds perpetually boring. Nor do streets of gold or jewels or mansions necessarily appeal to us.

That’s exactly what we should expect, Lewis says. “If Christianity could tell me no more of the far-off land than my own temperament led me to surmise already, then Christianity would be no higher than myself. … If our religion is something objective, then we must never avert our eyes from those elements in it which seem puzzling or repellent; for it will be precisely the puzzling or the repellent which conceals what we do not yet know and need to know.”

Glory and the Beauty of Heaven

The great mystery of Scripture’s descriptions is found in the word ‘glory.’ Glory, he says, brings to mind either fame or luminosity. Of course, we can’t believe heaven and glory are merely brightness, and so we’re left with the seemingly worldly idea of fame. And yet, Lewis argues, fame in a sense does point to the righteous pleasure of heaven.

Follow his logic here. There is a rightness, a moral pleasure in a son reveling in the approval of a dad who says ‘good job’ after a hard task. Or a student beaming from a teacher’s praise. At first, this idea of glory being approval, fame, or recognition of a job well done seems proud. But it is exactly the opposite. I understood this best when I thought back to my emotions when my mom praised me the other day for something I’d done. For a moment, my feeling was not pride but humility. If I felt pride in that area, I would have gone off and carried about my life however I wanted to, regardless of my parents. But why my mom’s statement meant so much to me was that I had decided, despite the temptation at moments to do otherwise, to honor my parents and as a result, greatly desire their approval. That praise then, wasn’t a mercenary reward to my effort to please them, but rather part of the consummation of my decision to honor them. If for a second I could enjoy her approval in a pure desire to please her — unhindered by the self-congratulation that always floods in — what would be the capacity for such pleasure in approval if I was a resurrected, perfected being?

Here, however, I would disagree with Lewis. Although he pinpoints one aspect of the idea of glory, I believe he misses a key ingredient: weight. It’s ironic, for ‘weight’ is in the title of his essay, but he never mentions the idea. The Glory we will experience is more than approval for a life lived to please our Creator. It refers to the weight of character and existence for which we were created. Glory literally means the weight of something, or it’s intrinsic value or worth.

Think, for example, of a border collie bred and trained to herd hundreds of sheep on a ranch. In a sense, the ‘weight’ of that dog’s existence, and thus where he will get his ultimate pleasure, will only be found in herding sheep. Were someone to try to make him a lap dog, he would be miserable. Not living for God’s glory leaves us empty, as light as feather and meaningless in a life void of purpose. We as humans will not experience the wholeness and pleasure of our existence until the day we can finally live in the full consummation of all we were intended to be. That is weight– glory.

Made for Another World

All of life we will be tempted to look to ‘the next thing’ to satisfy us, be that money or achievement, marriage or kids, fashion, or friends. While God often kindly grants us these desires, they will never fully satisfy, because we were made for so much more.

Nurturing our desire for Christ and heaven, instead of making us “too heavenly minded to be of any earthly good,” will enable us to better enjoy these earthly gifts, as a taste of what is to come.

Lewis’ words stir up such longing: “If we find ourselves with a desire that nothing in this earth can satisfy, the most probable explanation is that we were made for another world.”

(B.A. History, Colorado Christian University) is passionate about discipling young women. She is actively involved in local church ministry in Denver, CO. She writes for young ladies at JuliannaWrites.blog.