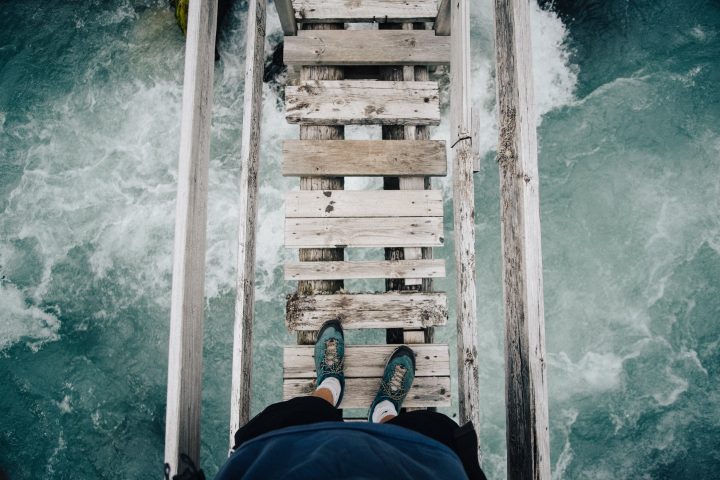 Not judging by external appearance is a lesson the prophet Samuel had to learn when God sent him to choose a king from the sons of Jesse. “But the Lord said to Samuel, ‘Don’t judge by his appearance or height, for I have rejected him. The Lord doesn’t see things the way you see them. People judge by outward appearance, but the Lord looks at the heart,’” (1 Samuel 16:7).

We’ve all heard this passage. Some of us committed it to memory to remind us not to “Judge a book by its cover.” Samuel looked at all of Jesse’s older sons: they were tall, strong, grown men; each the obvious choice to be the new king. But God chose David, the youngest son and a shepherd boy. David was the last obvious choice. Yet he faced and slayed a giant, he became the greatest king of Israel, and a man after God’s own heart – a heart that God saw. Just like David, those who struggle with mental illness may seem last obvious choice but prove to be a giant slayer…or a dragon slayer.

In his book Mere Christianity, C. S. Lewis paraphrases 1 Samuel by saying, “Human beings judge one another by their external actions. God judges them by their moral choices.” He then illustrates this fact; “When a neurotic who has a pathological horror of cats forces himself to pick up a cat for some good reason, it is quite possible that in God’s eyes he has shown more courage than a healthy man may have shown in winning the V.C.”

Many people with mental illnesses struggle with irrational fear, but irrational fear is still fear. A dragon that’s invisible is still a dragon. You see, bravery isn’t the absence of fear – in fact you can’t be brave if you’re not afraid. If there is a dragon before you, there is a knight inside you – even if others can see nothing of either.

You’ve heard it said that beauty is in the eye of the beholder, but I’d say the same is true of bravery. Lewis wrote, “We see only the results which a man’s choices make out of his raw material. But God does not judge him on the raw material at all but on what he has done with it.” The crowd may judge the knight by his horse, his colors, or his crest, but the King judges him by the dragons he faces.

There are dragons all around that cannot be seen by the naked eye. It’s not the size of the act that makes a person brave, but the size of the fear (or dragon) you’re overcoming. Sleeping in your own bed in your own bedroom by yourself may not be a scenario that strikes fear into your heart and causes panic to rise in your chest. Millions of people do it every day without thinking twice. I’m one of the many people around the world who struggles with a general anxiety disorder, and for most of my life sleeping alone has been my dragon.

I’m sure there are things I can do and take for granted that are too fearsome of a dragon for others, just as there are dragons many of you pat like a friendly dog while I struggle to raise my sword. Facing your fears is what makes you brave, not just the acts that others see as courageous or daring. Some of the bravest souls on this earth will never be recognized.

If you’re reading this and you’re one of those who struggles with mental illnesses, remember: you should never judge yourself for what your broken psychological material causes you to do or stops you from doing. You aren’t a coward. It may feel like an up-hill battle, two steps forward and three steps back on a journey of a thousand miles, but God sees those forward steps. He sees those steps backward too, but he isn’t disappointed in you – he’s still holding your hand. God sees the blood and sweat and tears that go into to the battle. God sees your dragon. God sees your heart.

Not only does God see you, but I see you. You are brave. You are strong. Don’t give up. Carry on. We can beat our dragons, no matter how fearsome they seem, no matter how invisible they are to others. How do I know this is true? Because your dragon might be strong, but your King is stronger, and he is by your side: In the New Testament, the writer of Hebrews wrote, “And the Holy Spirit helps us in our weakness. For example, we do not know what God wants us to pray for. But the Holy Spirit prays for us with groaning that cannot be expressed in words,” (Hebrews 8:26 NLT). When you are too weak to block the dragon’s fiery darts, too weak to even call out to your King for his help, his Holy Spirit strengthens you, petitions for you, knows your very heart.