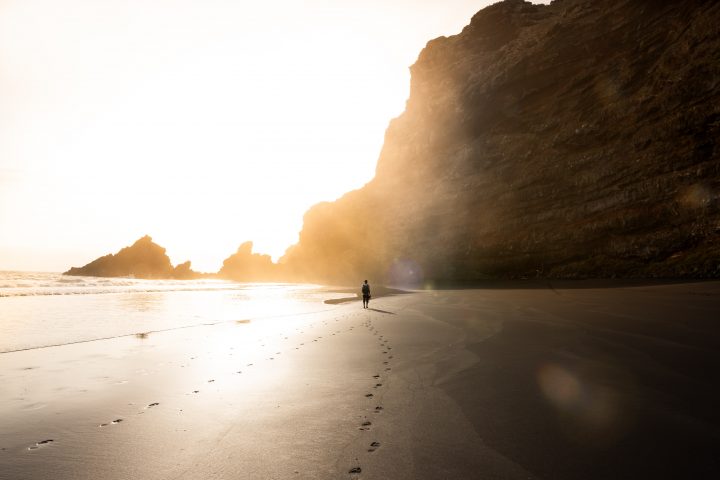 There are many arguments for the existence of God. This article covers the top three in simple terms and gives brief summaries of each. To go more in-depth on each subject, additional resources are recommended at the end.

This is my favorite and most compelling argument. The moral argument says that because there are objective moral values (some things are truly right and others truly wrong), God must exist.

Without God, we have no standard for determining whether something is right. We have no grounding for human rights, the sanctity of life, justice, order, or any good thing. If we’re just here by chance, then anything is technically allowable.

The best we can say is something you can say is it feels wrong. In other words, you shouldn’t kill, because I don’t like it.

But this subjective view of morality is falsifiable based on our own actions. We appeal to objective standards every single day (especially when it pertains to ourselves). When somebody steals from us or cuts in line, the automatic response is to complain it’s not fair. We want justice–the situation needs to be fixed!

Nobody needs to tell us certain things are right or wrong. We have this sense deeply rooted within us.

This doesn’t mean atheists or non-Christians cannot ever act morally. We all have a basic understanding of what is right and wrong. Romans 2:15 says that even those without the law have the law “written on their hearts.” That’s because we’re all still creatures of God, and whether we acknowledge it or not, we live in His world–which is one where morals exist.

The real issue with trying to live morally without God is inconsistently. To act consistently by a worldview that doesn’t acknowledge God, you can’t complain when people violate what you want morality to be. Ultimately, there is no foundation.

This is also called the teleological, or fine-tuning argument. There are many different forms it can take, but the basis of the argument is that there are features of design in the universe that couldn’t have arisen by chance.

You may have heard the watchmaker analogy. Consider this question: If you find a watch in the forest, is it most logical to conclude that the pieces came together by chance, or that it was made by a designer who put the parts together in a way that allowed it to work?

You’d probably conclude that there was a designer involved. Getting inanimate parts to combine entirely by chance is impossible. The watchmaker analogy argues that since the world is infinitely more complex than a watch, the logical conclusion is that it too has a maker, one greater in knowledge and power than a human.

Another area of the design argument is in the fine-tuning of the universe. In physics, there are numerous constants that would make life impossible if they were changed even the slightest amount–things like the gravitational force constant, the electromagnetic force constant, and the nuclear force constant.

Qualities of the earth itself show this, too. From its mass to the distance from the sun and the presence of large nearby planets to protect Earth with their gravitational pulls and avoid large comet collisions, everything must be as it is for life to work.

This fine-tuning is evident on the most fundamental levels, like the ratio of masses in protons and electrons that make it possible for DNA to form.

Francis Crick, the man who won a Nobel Prize for his research on DNA structure, even wrote, “the origin of life appears at the moment to be almost a miracle, so many are the conditions which would have had to have been satisfied to get it going.”

The greatest question in philosophy, and in each person’s life, is this: why is there something rather than nothing? The cosmological argument argues that the mere existence of the universe is enough evidence for God. It goes like this:

Hardly anyone seriously suggests that the universe has always been here, much less anyone who understands science.

Many other sources will cover this in greater depth, but certain fundamental laws make a naturalistic explanation of origins impossible. Take the first and second laws of thermodynamics. The first law states that energy cannot be created nor destroyed. The second law states that energy becomes less useful over time (eg: chemical energy from food can be converted into kinetic energy that allows you to do physical activities, but some of it will also be wasted as heat).

These create a contradiction if they are both true at the origin. The first law means the universe has to be uncreated and eternal, while the second requires a starting point to avoid the problem of running out of useful energy.

Another issue is the expanding universe. If the universe is expanding, it couldn’t have expanded infinitely in the past. There had to be a starting point.

These are issues that cannot be resolved purely by scientific inquiry because they deal with untestable past events that defy our understanding of nature’s laws.

Even the Big Bang theory concedes the universe has a beginning. To put it simply, I like how Greg Koukl says it, “A Big Bang needs a big Banger.”

No matter what you accept, the universe started with a miracle. Either the miracle was something from nothing, or God creating. Given the previous two arguments and numerous other factors, the latter is immensely more probable.

Applying These Arguments in Conversation

It is important to remember that the reason for rejecting God is not always intellectual, and simply presenting an argument will not always cut it. Many reasons for disbelief are emotional, from hurt in the past to an unwillingness to let go of sin. Psalm 14 says that people reject God because of their guilty heart, not a lack of evidence in their head.

The fool has said in his heart,

They have done abominable works,

There is none who does good.

We need to be gentle. The best approach is always listening first and trying to understand the underlying causes. It also helps to point out that every worldview should seek consistency. God is the only one who makes sense of this world we live in, and if we are to live honestly, we must acknowledge that.

Why are you so afraid of subjective moral reasoning? – Open forum response by Ravi Zacharias

Answers in Genesis – Lots of great content on creation science

Other links to check out:

Professor John Lennox | God DOES exist – Short speech at the Oxford Union Society where John Lennox overviews the best reasons, primarily from a scientific standpoint, for belief in God

Why God? Part 1 & Part 2 by Greg Koukl – These articles are a good general overview of reasons for God

Editor’s Note: This article was previously published at Weekday Walk!