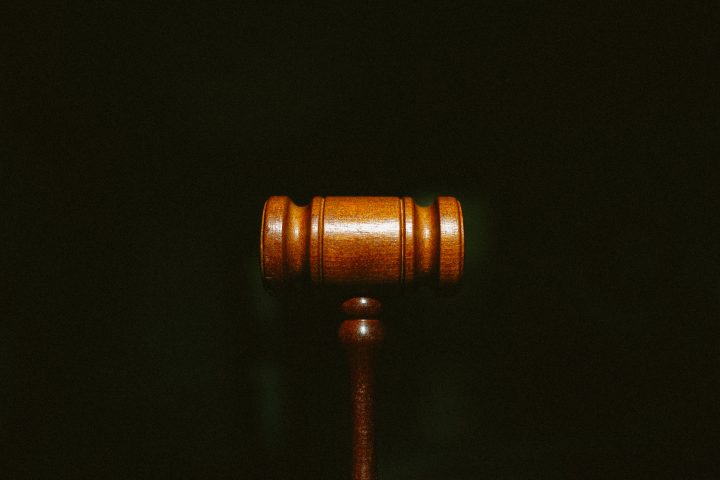 “Judge not, that you be not judged.” The words Jesus spoke in Matthew 7:1 can be a hard message to live by.

I want to be up front and honest with you: I’m not perfect. I am tempted to judge people for a variety of reasons, but maybe primarily because judging them makes me feel good. It makes me feel better about myself.

When I judge people, I may or may not be accurate in what I think about them. Maybe their head is stuffed up with pride and they need to be knocked down a few inches. Maybe. But maybe not. In my own pride and sin, my judgment of others is clouded, and I end up thinking self-righteous thoughts.

Things like, “Why are they more popular than I am? They don’t deserve those friends.” (In other words, I deserve the blessings they were given, and they don’t.)

Judgment and jealousy turn into self-righteousness, and before long, I’m no better than the Pharisees Jesus preached against in Luke 18: 9-14:

“Two men went up into the temple to pray, one a Pharisee and the other a tax collector. The Pharisee, standing by himself, prayed thus: ‘God, I thank you that I am not like other men, extortioners, unjust, adulterers, or even like this tax collector. I fast twice a week; I give tithes of all that I get.’ But the tax collector, standing far off, would not even lift up his eyes to heaven, but beat his breast, saying, ‘God, be merciful to me, a sinner!’ I tell you, this man went down to his house justified, rather than the other. For everyone who exalts himself will be humbled, but the one who humbles himself will be exalted.”

We Never Know the Full Story – Only God Does

To be clear, we are commanded to discern and righteously judge what is sin (John 7:24). The kind of judgment Jesus warns against here is self-righteous judgment, the kind that elevates ourselves and belittles others. If we say we are Christians and we love others, then we need to resist the temptation to judge them.

Because you know that woman who snapped at you in the grocery store? Maybe she had just found out her husband is dying of cancer. What about the person you know who looks like they have it all together? Maybe they appear to have it made but if you were to really listen to them, you might find that they struggle with depression and thoughts of suicide.

The thing is, we never know what someone is going through or the reason for their actions. We see a small part of their story, only God sees the whole picture.

Friends may deliberately ignore us, and they may truly be rude, but maybe they didn’t mean anything by it. Sure, it hurts; I’m not saying it doesn’t or that we shouldn’t allow ourselves to feel the pain. But we shouldn’t let the hurt consume us and cause us to pass judgment when we don’t know the whole story.

The thing is, we never know what someone is going through or the reason for their actions. We see a small part of their story, only God sees the whole picture. Click To Tweet

We All Fall Short of the Glory of God

While sometimes something may be obvious (as in, we don’t have to assume, but we know it for a fact) we still shouldn’t give into the temptation to judge them. As Romans 3:23 says, “For all have sinned and fall short of the glory of God.”

We are sinners, too, and chances are, whatever they’ve done or are doing is not beyond us either. Think about it. We should never judge someone for something that’s not beyond us to do ourselves.

It’s true, though, isn’t it? We are so quick to notice the sins in another person’s life but not so quick to realize our own.

Friends, this is not the way we were designed to live. We were meant to live in humility, with the knowledge that we need salvation from sin as much as the next person.

I can tell you from personal experience that whenever I self-righteously judge another person, usually, I later discover I was wrong in my assumptions. Later, I realized those people who looked like they had it made were really struggling and more like me than I ever thought.

When I judge others, I am exalting myself, thinking I’m better than them and I deserve what they have. But when the grace of God is moving in my life, and the Lord enables me to have a non-judgmental heart, I am much more joyful. Choosing not to judge others but to love them instead is much more fulfilling than being self-righteous and thinking better of myself than I ought.

Because He loves us, Jesus humbled Himself to the point of death, allowing Himself to be ridiculed and shamed by the world. He opens His arms to us with undeserved grace, that through Him we can come before God the only Lawgiver and Judge (James 4:12).

If we are called to be like Jesus, doesn’t that mean we should extend the grace we have been given to others?

is a Jesus-follower who’s passionate about sharing the love of Christ with others. She doesn’t know where God is going to take her but is excited to see the plans that He has for her! When not writing or working on her upcoming novel, Hannah can be found laughing with her siblings, acting, or reading. Read more of her writings on loveunconditional where she strives to write content that leaves others feeling encouraged.