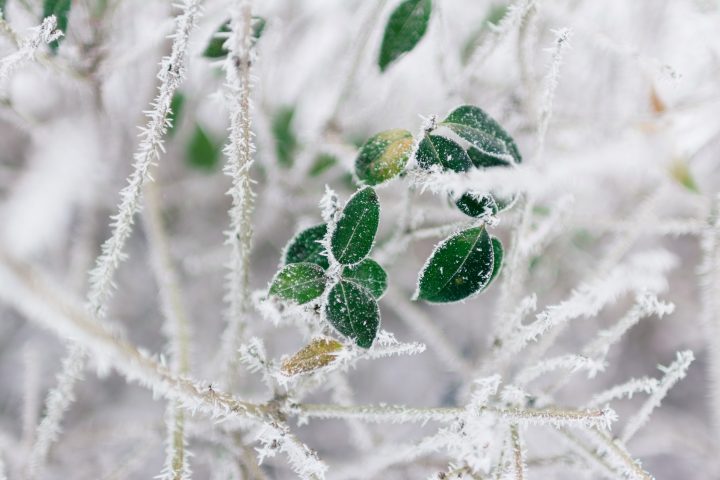 Winter is all well and good in December – we can dream of a white Christmas (or not, if you live closer to the equator). The chill in the air may be a reminder of hot chocolate at home and presents under the tree.

But soon enough, December is past, and we face not only another year, but another few months of cold weather and gray skies. Many of us are also beginning another semester of school and everything that comes with it. And who knows what else you or I might be facing or carrying this winter? Only God knows the trials that burden each of us.

The Death of Winter Leads to Life

For generations of poets, winter has been a symbol for death. The bare trees and hardened ground make it an apt image (at least, in places that aren’t Florida or Southern California). The cold and the lack of life sometimes seem to reflect what’s going on inside of us, too.

Which is why I love changing seasons – growing up in Florida, we had “summer,” and then, “slightly cold summer” (at least, that’s how it felt). It was only once I moved to a state farther north that I got to see the year die in autumn, rest in winter, and come back to life in the spring. It’s the same structure of life, of stories, of the great story told in the Bible. I can fall in love with the season of autumn because I know the death of winter is going to lead to life.

With that in mind, the season of cold winds and dead plants isn’t one of despair. It’s a death that’s going to be defeated by spring, just as Death itself was defeated in the resurrection of Christ. Maybe for you winter is a time of quiet reflection. Maybe it’s exciting – the new year or semester is bringing good and lovely things. Or maybe you’re just fighting through it, waiting for spring. In any case, here are three albums I’ve been listening to. They’re all appropriate for the season– but if you’re in the southern hemisphere, the first two aren’t winter-specific. More than anything, these songs speak to the hope we all need any time of year; but perhaps in this season most of all.

The season of cold winds and dead plants isn’t one of despair. It’s a death that’s going to be defeated by spring, just as Death itself was defeated in the resurrection of Christ. Click To Tweet

Blue Flower, by The Gray Havens

The band’s signature folk-pop-rock sound is on full display in this masterpiece of an album. The Gray Havens are hard to pin down into a genre; that said, they have a sound that’s all their own, and it’s very satisfying to listen to.

It’s apt to describe this album as bringing the joy and hope of summer into the coldest parts of winter. The final song titled “Summer Meets Winter” is a celebration of hope that honestly acknowledges the dark places we go through on the way. My favorite line on the album is,

“I’m giving standing room to the cold for now,

but not a place upon a throne” (Endless Summer).

It’s both an echo of my own heart and a needed reminder.

Principium, by The Arcadian Wild

This EP is less an album and more a single, four-movement piece. It follows the course of the changing seasons, using the archetypal movement from spring to winter to trace the story of redemption.

“The lion and the lamb, they harmonize

But even Eden’s home to demons, they can mesmerize.” (Summer: Walk)

Honestly, listen to this album for the fiddle alone. The whole thing is under twenty minutes long. The instrumentation and vocal harmonies are gorgeous. And the poetic retelling of the story of Adam and Eve – from the perfection of Eden to the fall to the hope of redemption – is one of the best I’ve ever heard.

“I’d give it all up if it all began, like a faithful friend, to feel like home again

For I am begotten, not forgotten

I know I’ve changed, but I still look like you.” (Winter: Will)

The Light Came Down, by Josh Garrels

Yes, this is a Christmas album. I’m a firm believer in listening to Christmas music at least through part of January. Isn’t that when we need to hear about Christmas, maybe more than ever?

I love this album because it isn’t showy. It’s composed of traditional Christmas hymns (and some winter folk songs, like “The Boar’s Head”), with minimalistic instrumentation. Garrels has a fantastic voice, but he doesn’t use this album to show it off. It’s a comforting, hopeful collection.

As we enter January, and February, let’s not forget what we hear sung so often in December – what we’re still waiting for, in a sense:

“O come, Thou Dayspring, from on high,

And cheer us by Thy drawing nigh;

Disperse the gloomy clouds of night,