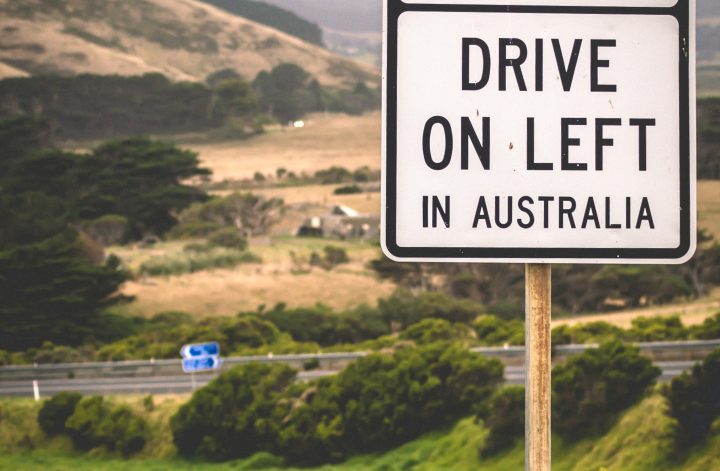 Home to kangaroos, vegemite and surfers, Australia isn’t quite what you expect. Contrary to popular belief, most sane Australians don’t slather vegemite onto their weetbix, and they don’t wrestle with crocodiles.

Australians don’t ride kangaroos to school either. But we would all love to see someone try to do that.

Maybe you know that Australia isn’t in Europe, and only Steve Irwin and Crocodile Dundee wrestle with crocodiles, but it’s crazy to hear the misconceptions about Australia. The stereotypes are blown way out of proportion.

It’s easy to place someone into a box with four sides and a lid the moment we set eyes on them. Even though the Bible tells us in John 7:24 not to “judge by appearances,” we often do.

We all place stereotypes on other people, sometimes without even knowing it. The moment we meet someone, most of us have already decided whether we like them or not based solely on appearance.

Why? Why do we place stereotypes on others without giving them a chance? I think the reason I do this is to feel better than them. I have a fragile ego; many of us do. Considering myself better than someone else does wonders for my ego, but it’s inconsiderate of others.

Bad first impressions are hard to erase. Even several years later, we still remember the moment we decided not to like someone. But when we view people through the lens of a stereotype we placed on them years ago, we give them no room to grow. To mature. To change. Which is why we should forget the stereotypes we’ve formed about a person.

As Christians, God asks us to see people for who they are now, not as they were when we first placed stereotypes on them. Click To Tweet

It will take some humbling, of course, to really believe that. It’s hard. But here’s what I do when I’m tempted to place stereotypes on others:

1. Pray. Ask God to take away any feelings of jealousy or prejudice. Ask Him to help you see people the way He does – not as competition or inferior, but as image bearers of God.

Get to know them. You’ll probably find they aren’t what you thought they were. Nobody is one-dimensional, we all have layers. Instead of making assumptions based on the one layer you can see, go deeper. Ask questions to find out who they really are.
Put yourself in their shoes. Try to envision what it’s like to be in their circumstances, facing their unique struggles, and extend grace to them.

1 Samuel 16 tells of Samuel’s journey to Bethlehem to anoint a new king for Israel. While considering Jesse’s son, Eliab, Samuel assumed he was the chosen king. But the Lord said to Samuel, “Do not look on his appearance or on the height of his stature, because I have rejected him. For the LORD sees not as man sees: man looks on the outward appearance, but the Lord looks on the heart.” (vs. 7)

To Samuel, Eliab (or just about any of David’s brothers!) seemed the right choice for a king. To his family, David was just a shepherd and nothing more (vs. 11). But God made His choice of king based not on outward appearance but rather on the heart.

People may stereotype you based on your outward appearance, but God sees your heart. And that’s what really matters.

People may stereotype you based on your outward appearance, but God sees your heart. And that’s what really matters. Click To Tweet

So, find the stereotype others have placed on you and challenge it. Why is it there? Is it helping you? Making you a better person? Or is it holding you back?

You know who you are. You know which stereotypes are false, and which are true. Show people your true side, without any stereotypes.

While you can’t exactly change what others think of you, you can impact it. How?

Defy that stereotype. Break out of the box people have placed you in. If they assume you’re lazy, show them you’re not by working diligently.
What if the stereotype is true? Does it really matter? You are you, and you are made in God’s image, no matter what other people think of you.
Pray. Ask God for the courage and confidence to be who He made you to be.

Now, picture God in your head. What do you see? The stereotypical picture includes shining white lights, puffy clouds high up in the sky and a golden throne that sits above the rest of heaven. And God sitting on that throne, looking down at earth, a disappointed look on His face.

But those stereotypes about God, even God the Father, being unloving and unmerciful are not true. God’s Word says He is “gracious and merciful, slow to anger and rich in steadfast love.” (Psalm 145:8)

Jesus is further proof of God’s loving and merciful nature. Jesus defied all the stereotypes commonly placed on Him when He left the shiny white lights and golden throne. He ripped that label off Himself when He came down to earth and spent time with the people that were stereotypically bad.

Mark 2:16 says “He [ate] with tax collectors and sinners.” And that list could also include the lowly fishermen, the Samaritans, the prostitutes, and the lepers. The people who were distanced from society partly because of the stereotypical uncleanness that hung over their heads. He lifted their heads by bowing His own head.

If the stereotypes that have been placed on you make you feel like an outcast, remember how Jesus chose the outcasts and gave His life for them – and you. Click To Tweet

If the stereotypes that have been placed on you make you feel like an outcast, remember how Jesus chose the outcasts and gave His life for them – and you.

If you assume God won’t forgive you, that He’s given up on you, that He doesn’t like you, or that He’s not real, remember that time when He blew away the stereotypes everyone had placed on Him.

Stereotypes can change. Australians are often thought to have an ‘it’ll be alright’ attitude, but that stereotype can be changed by, well, not having that attitude.

God was thought to be scary and domineering, but He proved that stereotype wrong when He lowered Himself to the earth and became one of us.

It’s not easy. First impressions can make a lasting impact and can be hard to reverse. Check yourself:

Are you assuming something about a person you’ve just met because of the way they look?
Are you confining yourself in a box because of what other people might think of you?
Are you limiting what God can do in your life because you don’t know Him well enough?

If the answer to any of those questions is yes, re-evaluate the situation. Clear the slates of yourself, others, and God. Don’t let previous stereotypes cloud your vision.

God doesn’t let your past mistakes cloud His vision of you. He gives us a clean slate every day.

is an enthusiastic teenage author and blogger. She has created a blog for teens and looks forward to sharing short, captivating, and inspiring stories about her life as an Australian girl. When she’s not at school, she enjoys reading, cooking, planning writing projects, and exploring old things. Read more on her blog at megansouthon.com, and follow her on Facebook and Instagram for more content.

By Megan Southon 11 months ago
5 comments