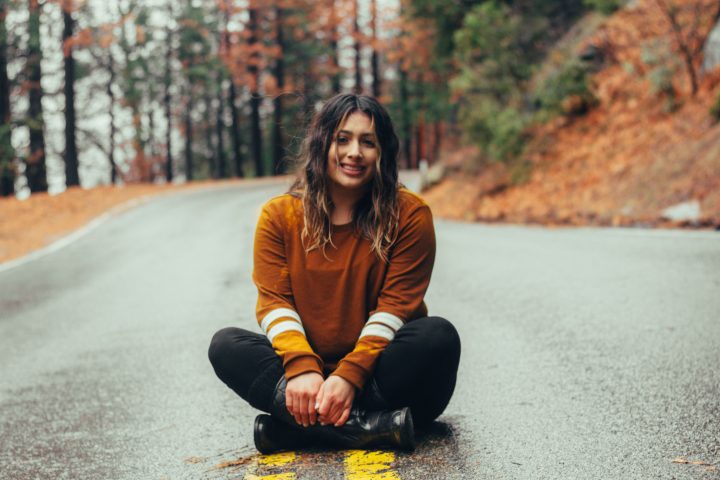 In my opinion, there would be few things more awesome than going back in time and experiencing historical events first-hand. I’ve always been a history nerd, devouring biographies and historical fiction and daydreaming about days gone by. Life seemed simpler back then. Easier. Or at least not so confusing. When life gets crazy, I sometimes find myself longing to go back to “the good ol’ days” that seem removed from our messy world. Or, like the Pevensie children in The Chronicles of Narnia, I want to open a wardrobe and discover a portal to another world separated from the trials and struggles of this broken place we call earth. I want to escape from the culture and pretend it doesn’t exist.

But I recently realized something that radically changed my perspective.

I was created for this cultural moment.

God, in His wisdom and sovereignty, chose this moment in history for my life. It’s not a mistake. It’s not chance. It’s deliberate intention. Out of every time in the past and every era to come, God uniquely and intentionally set me in this time and place for a purpose.

And He did the same for you.

Despite what many people think, culture is not everything that is evil and wrong in society. Culture is simply, as Andy Crouch defines, “What we make of the world.” In Genesis, God gave humanity what Nancy Pearcey calls our “Cultural Mandate” when He commanded us to “Be fruitful and multiply; fill the earth and subdue it.” (Genesis 1:28). Our Creator God was calling His creation to go out and create. In a perfect world, culture would always be life-giving and beautiful because it would be a demonstration of God’s creation fulfilling their commission.

When sin entered the scene, culture became riddled with evil just like every other aspect of creation. Culture is not inherently bad, but because of sin, it is inherently broken. When God formed the world, He called each new creation good. Sin marred the perfection, but it didn’t erase the goodness.

Beauty is good. Art is good. Creativity is good. Literature, technology, inventions, music—all good. Yes, they can be used for evil, but in and of themselves they are channels that can be used for good and God’s glory. They are part of the Cultural Mandate.

Our generation has the mission field of the 21st century laid before us. Because we are alive in this moment in time, we have a responsibility given to no generation but ours—to reach those in the world today. To impact the culture of today. How will we use the cultural moment we’ve been given to advance God’s kingdom?

Our generation has the mission field of the 21st century laid before us. Because we are alive in this moment in time, we have a responsibility given to no generation but ours—to reach those in the world today. Click To Tweet

There are five ways we typically respond to culture. People are usually embracers, bystanders, complainers, changers, or creators.

The embracer is always on trend. Always wearing the latest styles, watching the latest movies, familiar with the latest hit songs. Embracers are probably the most popular kids at school or youth group. Because they’re popular, they have great influence. They’re often on the frontlines fighting for causes seen as important issues of the day.

The biggest weakness of embracers is that they lack discernment. They go with the flow and rarely evaluate what they’re living out, believing, and absorbing. They look to the loudest, most popular voices to determine how they should live and what they should believe. Instead of shaping culture, the embracer is being shaped by culture.

“Escapism” is the goal of the bystander. Bystanders see the problems in the world and recognize the need for change, but prefer to remain on the sidelines. They don’t get heavily involved in politics, steer clear of strong opinions, and try to keep their personal lives separate from the struggles of the outside world. They may keep up with trends, but not as much as the embracer.

Sometimes the bystander’s lack of interest is intentional, but mostly it’s unconscious. They’re simply busy and have their own problems to deal with. Cultural issues are for the activists and politicians, not ordinary individuals, or so they think. The biggest weakness of bystanders is apathy. “What actual difference could I make?” they think, so they don’t do anything. Bystanders don’t contribute much to culture, but unconsciously consume it.

We all know the complainer. They’re always ranting about how secular the culture is becoming, criticizing popular trends or politicians, and moaning about the state of the world. Complainers typically romanticize the “good ol’ days” and enjoy talking about how much better society used to be.

They’re the warrior. The leader. The one with fire in their soul and passion in their heart. They see the needs and struggles in the world and decide to step up and do something about it. And they do.

Changers are fueled by passion and powered by commitment. They genuinely believe in the cause they’re fighting for and will stick by their convictions through thick and thin. Changers have many strengths, but if their passion is channeled in the wrong direction or if they lack discernment, they can fight for misguided “causes.” Changers can either be a force for good or they can add to the problem, depending on what they’re fueled by and what their motivation is.

They’re the dreamers, the artists, and the beauty-makers. Creators overflow with ideas about how to make the world a better, more beautiful place. Creators have a distinctive impact, because as Andy Crouch, author of Culture Making says, “The only way to change culture is to create more of it.” If creators disagree with something in the world, they’ll seek to change it by creating something new to take its place.

Like changers, creators can have an incredibly positive influence on society. But also like changers, their influence is determined by their motivation. Not all new cultural creations are for the well-being of others or the glory of God. But if a creator is inspired by a desire to glorify God and fulfill the Cultural Mandate, they can be one of the most powerful culture shapers there is.

I believe God is calling His followers, through the power of His Spirit and the wisdom of His Word, to change and create culture for the glory of His name. The world is riddled with brokenness and injustice, which is where the changer comes in. But I also believe we’re called to create new culture. As Christians, we’re not supposed to be known solely for what we are against, but also what we are for.

So look around you. Where can you make a difference? Where is God calling you to step out and engage the world with the power of His gospel and the clarity of His truth?

I challenge you: be willing to step out from the sidelines and engage this world for the glory of His name. If we, followers of Jesus, don’t step out and share His glorious truth, who will?

You were made for this cultural moment. Don’t waste it.

A Note From Sara…

Do you want to know more about how to engage culture for God’s glory? The Rebelution’s new book Stand Up, Stand Strong releases on April 19th and you can help learn how to impact the world for God’s glory and help get the word out by joining the launch team. Stand Up, Stand Strong is designed to equip you to navigate the tough issues in culture and learn God’s truth on today’s hot-button topics.

By joining the launch team you’ll receive a free copy of the book before it comes out, get to engage with me directly, and be asked to post an honest review of the book on places like Amazon.com, ChristianBook, and Goodreads.

This opportunity is open to students, parents, teachers, youth workers, and pastors. Anyone who wants to encourage young people in their faith (or be encouraged themselves) is welcome to apply and receive a free copy of Stand Up, Stand Strong from Baker Publishing.

Spots are limited, so join the team now.