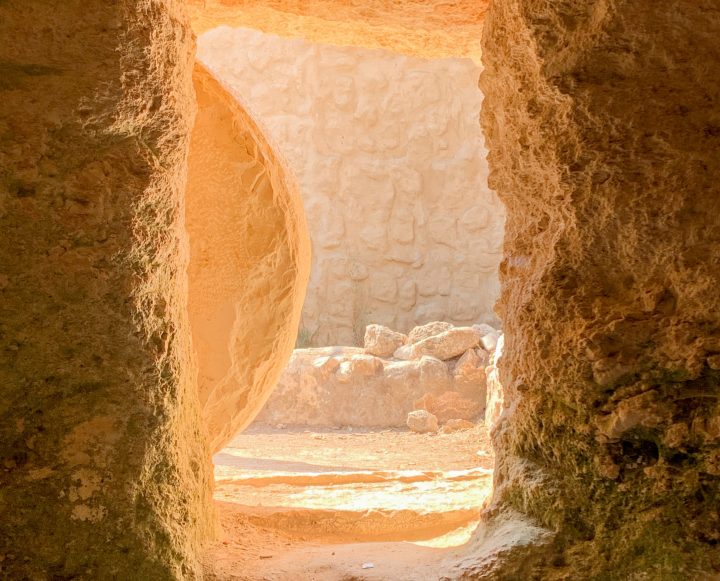 It is undeniable that Easter is the center of history.

All the Old Testament points to the death and resurrection of Jesus. All the New Testament is based on it. Often, however, we talk only about one part. The cross has become the symbol of Christianity. We emphasize the death of Jesus (which is good), but in doing that, we often forget to emphasize His resurrection as well.

Most of us know the verse that begins with “And if Christ has not been raised” (1 Cor. 15:17). We know that the resurrection is important. We know it is part of the story, but sometimes we forget just how important it is.

The resurrection is essential to the redemption story. It is essential to our salvation. In fact, as it says in 1 Corinthians 15:17, “And if Christ has not been raised, your faith is futile and you are still in your sins.”

Let’s consider what it would look like if we left the resurrection out of the picture.

1. If Christ Had Not Been Raised… Jesus Would Be a Liar

Jesus predicted not only His death, but also His resurrection several times in the gospels (see John 2:19). Jesus references the Old Testament (such as the story of Jonah and the three days), saying it is a signpost to His story (Matt.12:39-41). Jesus even calls Himself the resurrection and the life (John 11:25).

There is no getting around the fact that Jesus said He would rise again. This means that if He wasn’t raised from the dead, His word would be discredited. He would have been the biggest liar around.

You can analyze and tear apart every bit of the Bible, but in the end, it all comes down to one question: Did Jesus rise from the dead? Click To Tweet

Yes, you can analyze and tear apart every bit of the Bible, but in the end, it all comes down to one question: Did Jesus rise from the dead?  If the answer is no, then the Bible has no value. If the answer is yes, then our whole lives should be shaped around that truth.

The resurrection was the ultimate picture of God’s power, and it is what gives His words the most credibility. Throughout the Bible, He spoke, and it happened. But all the miracles of the Bible point to the greatest miracle of all: the resurrection. Therefore, Jesus said, “No sign will be given to it except the sign of the prophet Jonah.” (Matthew 12:39)

The sign of Jonah was fulfilled on that beautiful Easter Sunday, proving that Jesus is not a liar, but instead the personification of truth. Truth is personified in Christ.

The resurrection was the ultimate picture of God’s power, and it is what gives His words the most credibility. Click To Tweet

2. If Christ Had Not Been Raised…Death Would Not Be Conquered

The Bible says in 1 Corinthians 15:20, “But in fact Christ has been raised from the dead, the first fruits of those who have fallen asleep.”

As Bible-believers, we know this world is not all there is. There is life after death, a life without pain, suffering, and death.

Romans 6 talks of life and death, and verse 8 says, “Now if we have died with Christ, we believe that we will also live with Him.” It is because Jesus lives that we can live (see John 14:19).

3. If Christ Had Not Been Raised… Our Hope Would Be in a Dead Person

When the women came to the tomb on Sunday morning, they met two men (angels), who told them, “Why do you seek the living among the dead? He is not here but has risen.” (Luke 24:5-6)

It is only because Jesus is alive that He has power, for a dead person has no authority whatsoever. Click To Tweet

It is only because Jesus is alive that He has power, for a dead person has no authority whatsoever.

If our hope were in a dead Jesus, we’d be clinging onto something that has no power, no authority. We’d be worshiping Someone who is unable to keep His promises.

If Christ had not been raised, we would have no hope. But Jesus is alive, and therefore we have hope!

The Center of History

“Blessed be the God and Father of our Lord Jesus Christ! According to His great mercy, He has caused us to be born again to a living hope through the resurrection of Jesus Christ from the dead.” (1 Peter 1:3)