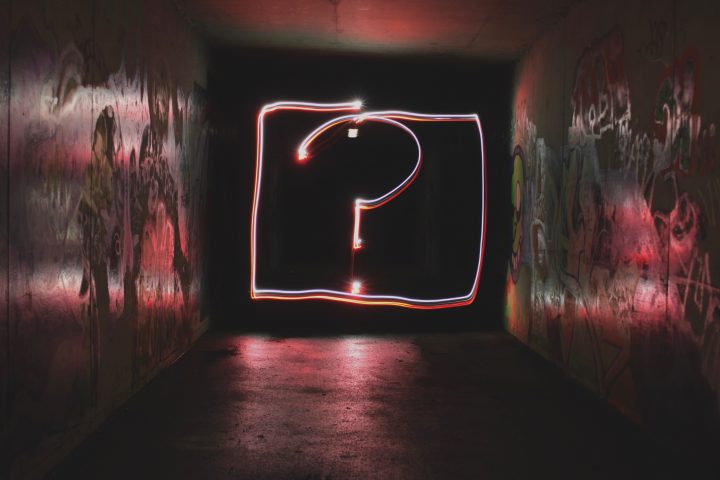 What am I going to do with my life?

No doubt you’ve asked yourself this question many times over. I, myself, am graduating in June, and I have yet to form a solid plan about my post-highschool life. Until recently, this concerned me greatly.

Maybe you’re like me and notice a lot of your peers have already applied to colleges and have been accepted. And seeing things like this, maybe it’s adding to your anxiety. Certainly, we don’t need more fuel for the flaming anxiety we’re already feeling.

Or maybe you have an idea of what you want to do, and are leaning towards it, but don’t know for sure if it’s God’s will for you. You’ve prayed about it every once in a while, but God has yet to reveal if that’s the right path for you.

One lesson I have recently learned in helping me understand the Lord’s will for my future, is the importance of prayer and obedience to Him, regardless of what life may look like.

Why is this important?

I found the answer in the tenth chapter of the book of Acts.

In this chapter, the apostle Peter is traveling when he stops in a place called Caesarea to eat and pray. He is communing with the Lord through prayer, when the Lord gives him a vision concerning a great sheet descending from heaven with unclean animals inside. When the Lord commands him to kill and eat the animals Peter calls them unclean. Then the Lord tells Peter, “What God has made clean, do not call unclean.” Peter was inwardly perplexed about the vision and did not understand it.

Meanwhile, a centurion named Cornelius was directed through a clear vision by an angel to send for Peter and hear what he had to say. This is interesting because association between Jews and Gentiles was not common in those days. Gentiles were considered “unclean.” Peter, being a Jew, should not have been sent for by a Roman centurion.

But having obeyed the call despite the cultural differences, Peter is soon in the presence of Cornelius. He tells Cornelius and those gathered with him that the Lord showed him he should not call any person unclean, thus the reason he obeyed the call and was standing before them.

God prepared Peter for his mission beforehand by giving him a vision. Although Peter did not understand at the time what the purpose of the vision was, he was given understanding when he needed it. Similarly, we don’t always know or understand what the Lord is doing with us, but what we do know is that God will prepare us for the work He wants us to do for Him.

We don't always know or understand what the Lord is doing with us, but what we do know is that God will prepare us for the work He wants us to do for Him. Click To Tweet

One thing we need to keep in mind is this key point: Peter was prepared by the Lord while he was in prayer.

Nearing the end of the chapter, Cornelius tells Peter, “…Therefore we are all here in the presence of God to hear all that you have been commanded by the Lord.” (v.33)

Finally, Peter understands the reason behind the vision and the journey to Cornelius’s house. This is the moment the Lord will use Peter concerning the vision. Verse 34 states, “So Peter opened his mouth and said, ‘Truly I understand that God shows no partiality.” He knows this because of the vision, and the command to associate with the Gentiles.

The Visions Applied: God is Proclaimed

In the next nine verses, Peter proceeds to tell the gospel of Jesus Christ in summary from beginning to end. Because of his message, many became believers, and the Holy Spirit was poured out upon them, including the Gentiles. The saving gospel is proclaimed!

While Peter was in prayer, the Lord showed him something confusing, but Peter did not question the Lord. Instead, he obeyed the calling and was given understanding as time went on. As a result, the gospel was shared, and people were saved. Because of Peter’s faithfulness to the Lord, and obedience without hesitation, the kingdom of God was furthered.

Regardless of the specific details of God’s call on your life, He has already told you the main thing—that you share the gospel with all creation (Mark 16:15). The point of what you and I do with our lives is to point to Christ. Because our lives are not about us, they are about Him.

The point of what you and I do with our lives is to point to Christ. Because our lives are not about us, they are about Him. Click To Tweet

Maybe you haven’t made a solid decision yet. Do you believe your anxiety might go away if you had a clear-cut, well thought through plan? It probably would. But don’t forget that as believers in Christ we live by faith in Christ. We make our plans, but the Lord orders our steps (Prov. 16:9).

Like Peter, let’s live by faith by practicing faithfulness in these two things:

1. Prayer: We need to be in consistent prayer about following God’s direction in our lives. He will guide and direct us to accomplish eternal work for Him. But we need not demand the details of our mission.

2. Obedience: Be on mission, presently. Be on mission right now in the smallest area of your life and the rest will be revealed in God’s time. Be strong and courageous. Be a diligent, hard worker in the things within the scope of your present responsibility.

Walk in the way that stays faithful to the Lord, even if it feels as if you are walking blindly and you don’t understand His plan. The answers will come in due time. He will call you to where He wants you to be and prepare you for that calling. You can have no doubt His plan for you will include you being salt and light and proclaiming to others the news of the incredible God we serve.

Proverbs 16:9 “The heart of man plans his way, but the Lord establishes his steps.”

is an 18-year-old homeschooler with a passion for Christ. When she is not bent over a desk working on her essays, articles or novels, she can be found drawing, reading, playing the piano or taking a walk. She lives in a very small town in northern California with her three younger sisters.