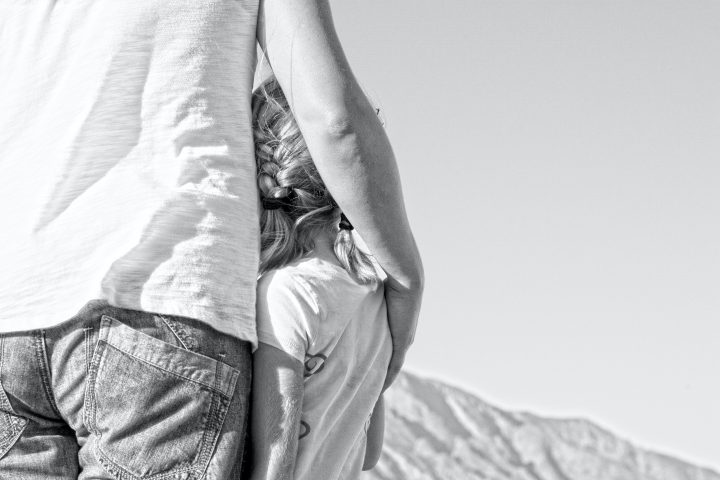 Some holidays come with baggage. As they approach, dread can build. Such is the case with me when Father’s Day arrives in June. There’s this awkwardness of picking out a card that expresses truthfully how you view your dad. What if he hasn’t been “The World’s Greatest Dad”? How does one even celebrate with a genuine heart that has been hit hard with fatherhood wounds?

This is my history: I lived under my dad’s anger and control from the time I was a young child until I reached my early twenties. It doesn’t mean there weren’t good times, but overall, it was an oppressive atmosphere.

Sadly, I was assaulted by my dad once as an eighteen-year-old, then again that same year, two weeks before I turned nineteen. Our relationship has been up and down ever since. To protect myself emotionally, I’ve had to place certain boundaries through the years so I can heal. Reconciliation is still something to reach for, dependent on his change.

Those incidents, seared into my memory, have caused such trauma and deep anxiety. I thought I was making progress in counseling but have never gotten completely past it. Then, a similar incident happened recently with him, this time, with another family member. My wounds have been ripped open afresh and they hurt!

The somewhat blurred memories of seven years ago are now sharpened into focus. I have what my pastor covered in a sermon recently called “righteous anger” over the abuse because Jesus certainly doesn’t approve of such unholy conduct to another human being. From what I’ve heard, harm to His own is like the offender is gouging the apple of His eye (Psalm 17:8). He also had strong words of warning to whoever offends His “little ones” which could also be classified as someone’s child (Matthew 18:6).

Yet, even when our anger is righteous, unforgiveness and bitterness are still something to work through and guard against.

C.S. Lewis wrote an insightful quote on wounds worth pondering: “Mental pain is less dramatic than physical pain, but it is more common and also more hard to bear. The frequent attempt to conceal mental pain increases the burden: it is easier to say ‘My tooth is aching’ than to say ‘My heart is broken.’”

After the recent event mentioned, the weight of my pain gushed to the surface, and I felt clueless as to what to do with it. Days later, I wanted to shove it back down, to numb it, anything other than face it. I prayed, then journaled some in “Notes” on my phone, writing down the exact details of how I felt about his actions.

I prayed again, the emotion great. And as I wrestled, telling Jesus the burden was too much, He spoke to my soul, “Give it to Me.”

In that moment, the rush of relief was greater than the extent of my hurts—and I handed the burden over to Him.

Yet a further breakthrough was to come momentarily.

I prayed for tears. The ones I’d been unable to shed for all those years, the ones long held inside and numbed away.

One tear trickled out of the corner of my left eye and slid down my cheek. A sliver of a stream. And I gave it to Jesus, too.

Progress, however small, and worth celebrating.

Our wounds need a Heavenly touch because only Jesus can reach deep enough into a soul to repair the damage.

We’re given a glorious promise in Lamentations 3:31-33: “For the Lord will not cast off forever, but, though He cause grief, He will have compassion according to the abundance of His steadfast love; for He does not afflict from His heart or grieve the children of men.”

We’re promised a “compassion” and an “abundance of His steadfast love” in the midst of our sorrow. And let’s also savor this beautiful truth that when grief does come, He cries with us (John 11:35). He is not an impersonal Being by any means, but the “God of all comfort”(2 Corinthians 1:3).

How To Handle This Holiday

Maybe you relate to my story? Maybe your life has also been stained by abuse? Know you are not isolated in your wrestling. Talk to God. Write it out in your journal. Face this Father’s Day with courage to do what you need to do to be at peace.

Here is soothing advice from Dr. Henry Cloud who says, “Do not feel guilty for making a choice that’s right for you and your convictions.”

No matter the pressure you may face from unfeeling family members or friends, Jesus knows why you’ve decided to handle things the way you are out of necessity for your sanity.

Consider this wisdom from relationship experts, Dr. Henry Cloud, this time with co-writer, Dr. John Townsend in their book Boundaries, “Scripture is full of admonitions to separate ourselves from people who act in destructive ways. We are not being unloving. Separating ourselves protects love, because we are taking a stand against things that destroy love.”

Clear boundaries are really a haven of safety, or a good “wall” as my Christian counselor called it. It is for protection when trust has been broken.

I’m the person letting you off the “guilt trip” hook that becomes embedded into our souls over relationships and what should be “the norm”. It’s okay if Father’s Day is too painful to celebrate with your dad. It’s okay.

There is nothing more disappointing than a disintegrating relationship with your dad.

Thankfully my grandfather has been a supportive father figure that has helped make up the difference—such a blessing! I hope you have a person like that to look up to and be comforted and accepted by. If so, consider celebrating them this Father’s Day.

It would be fake for me to get together with my dad on a day that glorifies the role of fatherhood when there is a chasm of unresolved issues between us. Maybe I’ll be able to safely have a conversation with him someday after my counselor helps me wade through all the pent-up emotions that go along with abuse, but now is not that time. And it’s okay if it’s not that time for you either.

The God who names and numbers the stars is intimately familiar with the constellations of wounds etched on the walls of our heart. He understands if this celebratory Sunday in June brings grief. Perhaps He is more concerned about fathering His children than how our fathers will react to distance. As a friend of mine messaged me once, “the fatherless” includes those who have troubled relationships with their earthly father (Psalm 68:5). His priority is loving us and making us feel accepted.

He offers healing, to dress the bleeding: “He heals the brokenhearted and binds up their wounds. He determines the number of the stars; He gives to all of them their names. Great is our Lord, and abundant in power; His understanding is beyond measure.” (Psalm 147:3-5)

As hard as it may be to call God “Father” after receiving mistreatment at the hand of our earthly fathers, we can rest in the truth that He is indeed gentle, kind, and welcoming (Psalm 18:35;1 John 4:16; 1 Corinthians 13:4).

Perhaps this article is your invitation to move forward, to face your painful, traumatic memories under the tender guidance of a Christ-centered, licensed counselor.

There is hope to be found when we reach for it.

Most importantly, this Father’s Day, we are found and seen by God (Ephesians 1), our loving ABBA Father who has no darkness in Him at all.

Moriah is overcoming doubt and legalism to appreciate the steadfast love of Jesus–as well as what it means to be a well-beloved daughter (Lam. 3:22; Eph. 5:1-2, AMP). She is in the process of healing from past trauma which has given her a passion to become a LMHC. You can connect with Moriah on Instagram:
https://www.instagram.com/cristamoriahs/