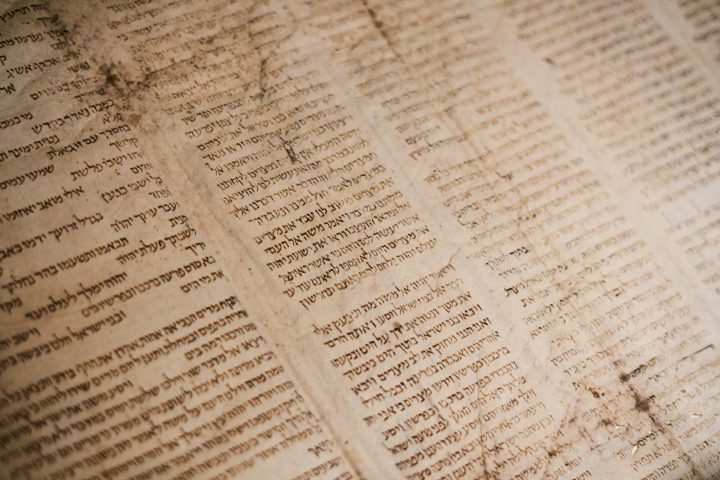 Although so many people have dismissed the Bible as false, how many of them have actually done research and come to a factual conclusion about what they believe? Maybe if the time was taken to ask questions and figure out things for yourself, many more people would accept the Bible as accurate and true.

But how exactly can we prove this?
Here are three facts I’ve found helpful, that will better equip you with the information needed to share what you believe with those around you.

Some may argue that Jesus is never mentioned outside of the Bible. However, mentions of Jesus and his disciples can be found throughout many 1st-century historical accounts. Several of these accounts are from the most important Jewish historian of the time, Titus Flavius Josephus.

Throughout his books (Jewish War, Jewish Antiquities, Life of Josephus, and Against Apion) much evidence is found that lines up exactly with Biblical accounts. This is interesting, because Josephus wasn’t a Christian, and had no reason to be biased— he was just a historian recording the important events that took place around him.

The North American Mission Board states, “Josephus has always been deemed a crucial extra-biblical resource, since his writings not only correlate well with the Old and New Testaments, but often provide additional evidence on such personalities as Herod the Great and his dynasty, John the Baptist, Jesus’s half-brother James, the high priests Annas and Caiaphas and their clan, Pontius Pilate, and others.”

Our second source of historical evidence is Publius Tacitus, a historian who recorded many events that took place the same time the Gospel of Luke and the Book of Acts were being written. From his writings we hear more mentions of Biblical happenings. For instance, in his book The Annals, he mentions Christianity, referring to it as “a most mischievous superstition”. He claims that it was spreading through Judea and even Rome during the time he was writing.

Reasonable Theology states that, “It is obvious that Tacitus is not a sympathetic witness to Christianity, and this helps lend further credibility to his account. [Through his writings] we are able to gain insight into several important facts: The Christians being blamed are named after a historical person called Christus (Latin for Christ). This Christus “suffered the extreme penalty,” which is a reference to Jesus’ crucifixion. (See Luke chapter 23) The execution was carried out by Pontius Pilatus, just as we see in the New Testament.”

Although we only looked at two major historians, there are many more like them that help prove the existence of Jesus, and the accuracy of the Bible. For example: Pliny the Younger, the Babylonian Talmud, and Lucian are all more sources that mention Jesus and early Christianity.

Accuracy Compared to Other Popular Works:

Many historians today hold in high esteem books like The Illiad, The Odyssey, and works written by Sophocles, Aristotle, and other ancient philosophers. But what if I told you, that according to non-biased analysis and study, these books have more chance of being fake and untrustworthy then the Bible does? Here’s why.

Homer’s The Illiad is 560 pages long and is estimated to have been written in BC 762. There are only 643 handwritten manuscripts in existence today, and the oldest was written 500 years after the original. When analyzed, The Illiad has 764 lines of textual corruption (meaning the content was changed or altered in some way) which makes it 95% accurate.

With so much time between the original copies and the oldest surviving manuscripts, a lot could’ve been altered. And as we saw with The Illiad, often, that was the case. Because of this, many people have used the same argument against the Bible. So, to rebuff that accusation, the same study and analyzation process was done, and the results were amazing.

When you compare the Bible’s accuracy with other popular works, no matter what you believe, the evidence points to an almost completely accurate book.

Along the lines of Biblical accuracy, you have to take into consideration textual criticism. This means critically analyzing manuscripts and variations in Biblical text to see which is closest to the original, and therefore most accurate.

But where did the extra lines in the KJV come from?

Some scholars believe that the extra lines were because of subscripts from ancient scribes, that were mistaken for original Biblical text. While writing, sometimes scribes would add their own insight or an interpretation of the scripture, and often this would be translated and added onto the chapter or verse being written. So, contradictory to common beliefs, verses were never really removed the Bible, they simply weren’t part of it in the first place.

This may be reassuring, but another important question comes up in its place.

Does textual criticism undermine the authority of the Bible?

New Testament scholar Brandon Crowe answers that question wonderfully, “Textual criticism does not undermine inerrancy [of the Bible]. Those who copied the Bible in antiquity were people just like us. Many of them were quite proficient copyists who produced very accurate manuscripts, but even so, no copy is perfect. The New Testament was copied by thousands of people in thousands of places in dozens of languages. Though this can make textual criticism complicated, this diversity is also a blessing, since it would not be possible for any one person or sect in the ancient world to collude to produce an inauthentic Scripture.”

Instead of seeing textual criticism as a way to cover up inaccuracy and fault in scripture, is actually a blessing. The fact that there are scholars who are willing to study old manuscripts of the Bible—just so we can have the most accurate translation— is truly miraculous.

Besides the evidence I shared, there is much, much more that can be found with just a bit of research. So, before you or a friend reject Christianity as a myth, think that choice through. Do some research and ask some questions. When you look at the supporting facts and historical evidence, you will hopefully come to a better conclusion than you would if you believed only what you are told.

Evidence for Faith Faith The Bible

is a freshman in high-school, and is passionate about her faith and writing. She considers herself an old soul, and is enthralled by war history and Frank Sinatra. When she's not doing homework or ballet; she loves reading long books, studying apologetics, and drinking iced coffee.

By Reece Turner 2 months ago
2 comments