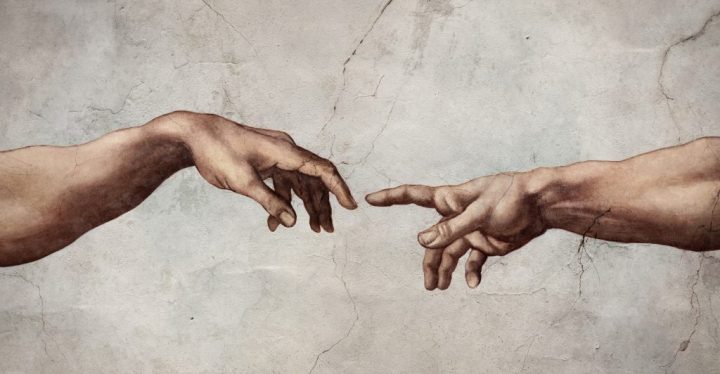 One of today’s most notorious agnostics is Bart Ehrman, whose books have undermined the faith of many young Christians. His theory is that Jesus was just a preacher from rural Galilee who never even claimed to be God — that it was His followers who slowly, over time, exalted Him to be equal to the Creator. Ehrman explains that the ancient Romans gradually elevated their emperors to gods and argues that Jesus’ disciples followed suit.

In an interview with NPR, Ehrman said, “During His lifetime, Jesus Himself didn’t call Himself God and didn’t consider Himself God.” He presents his argument in How Jesus Became God: The Exaltation of a Jewish Preacher from Galilee.

Are skeptics like Ehrman right? Is belief in Jesus’s divinity simply a Christian hoax — a legend developed over time? Do we have proof to show He claimed to be God? Who did Jesus think He was?

What’s in a Name?

Our name is part of our identity. Remarkably, Jesus applied names to Himself that in Scripture refer to God alone.

For example, Jesus told the Jewish leaders, “Before Abraham was, I am” (John 8:58). Today, we might read that and wonder, what in the world was Jesus saying? By our standards, His grammar isn’t even accurate!

The mystery is solved when we turn back to the Old Testament when God appeared to Moses in the burning bush. When Moses asked God what His name was, God responded, “I AM WHO I AM” (Exodus 3:14). In this encounter, God gave Moses the name He wanted the Israelites to call Him — which is typically translated as Yahweh. By using God’s personal name, Jesus was claiming to be Israel’s God.

What’s in a Title?

Names carry significant weight but so do titles. If a man were to tell you he is a prince, you’d know his father is a king. If Jesus wanted to say He is divine, we modern Christians might expect Him to call Himself the Son of God. But, surprisingly, instead, He uses the phrase “Son of Man.” Jesus said in Mark 14:62, “You will see the Son of Man seated at the right hand of Power, and coming with the clouds of heaven.” What did He mean?

Jesus was alluding to a vision given to the Old Testament prophet Daniel. “There came one like a son of man,” Daniel wrote, “…and to Him was given dominion and glory and a kingdom, that all peoples, nations, and languages should serve Him; His dominion is an everlasting dominion, which shall not pass away, and His kingdom one that shall not be destroyed.” – Daniel 7:13-14

By calling Himself the Son of Man, Jesus was saying that He Himself was the One with “authority, glory and sovereign power” — worthy of worship as God. The Jews of His day understood very well that Jesus was claiming to be divine, for it was prohibited to worship anyone but God. That’s why they accused Him of blasphemy. In their day, blasphemy meant making false statements about God. What claims, if untrue, could be worse than saying you are God?

Just Who did Jesus Think He was?

Sometimes actions speak louder than words. Jesus not only declared Himself to be the Messiah but also did things that only God has the authority to do. For example, He established a new form of worship for the New Testament church, namely, the Lord’s Supper.

Sometimes actions speak louder than words. Jesus not only declared Himself to be the Messiah but also did things that only God has the authority to do. Click To Tweet

In the Old Testament, God had established the sacrificial system. Every day, the priests slaughtered animals on an altar for the forgiveness of sin and purification of the Israelites. But Jesus came as the final atonement for sin, then instituted the Lord’s Supper as a physical metaphor for His death and resurrection.

Jesus “took bread… saying, ‘This is My body, which is given for you. Do this in remembrance of Me'” (Luke 22:19). The bread taken in communion represents His body and the wine represents His blood poured on the cross. Only someone claiming to be God has the authority to establish a new form of worship for His church.

Was Jesus Just a Wonderworker?

One time could be an accident. Twice could be a coincidence. But Jesus claimed to be divine multiple times — which means His actions were intentional. Take another example. At one point, four men carried a paralyzed man on a stretcher to Jesus, hoping He would heal him. But did He? No. Instead, He said, “Son, your sins are forgiven” (Mark 2:5).

What was Jesus up to? He would soon use this encounter as an opportunity to show His divinity.

The Pharisees were experts in the Law. So, when they heard Jesus say He could forgive sins, they knew He was claiming divinity. Inwardly they fumed, “He is blaspheming! Who can forgive sins but God alone?” (Mark 2:7). Knowing their thoughts, Jesus said, “That you may know that the Son of Man has authority on earth to forgive sins”— he said to the paralytic— “I say to you, rise, pick up your bed, and go home.” And he rose and immediately picked up his bed” (Mark 2:10-12). By healing the man, Jesus was giving a visible confirmation of His authority to forgive sins, which only God can do.

The Biblical evidence shows that Bart Erhman’s theory — that Jesus came to be exalted as divine only gradually — is historically false. When we consider the meaning of Jesus’s words within His culture, there’s no doubt that He claimed to be divine.

When we consider the meaning of Jesus's words within His culture, there's no doubt that He claimed to be divine. Click To Tweet

But it’s not just skeptics who need answers. According to a 2021 LifeWay Research poll, only 63% of those who consider themselves active Christians believe that Jesus is eternal, existing before He was born on earth. That’s a large number of people who profess to be Christian but reject Christ’s divinity. We need to help them see that in Scripture, Jesus Himself repeatedly asserted His divine status.

Jesus’s claim to be God is not a Christian hoax — it’s a historical truth.

is a 19-year-old college student. His parents are from El Salvador, but he was born and raised in Houston, TX. He is a freshman at Houston Christian University studying Political Science and eventually aspires to be a professor. He loves being a part of his church's English and Spanish youth ministries. One of his favorite Bible verses is Matthew 6:33 because it reminds him to continually return to his first love: Jesus.