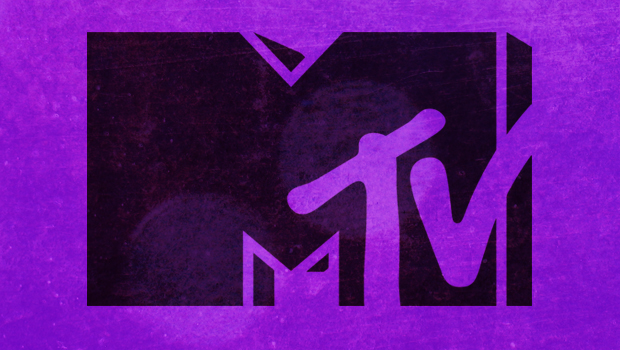 In January of 2004, David Kupelian, vice president and managing editor of WorldNetDaily.com and Whistleblower Magazine, published a shocking, but excellent, exposé of modern youth culture (Link: Part 1 – Part 2), based in part upon a 2001 PBS Frontline documentary called Merchants of Cool.

CAUTION: Due to the nature of the topic, Mr. Kupelian’s article and the Frontline documentary contain graphic language, as well as disturbing themes, images, and descriptions. This post includes choice excerpts, in hopes that you won’t have to dig through any grime to find them yourself.

Both article and documentary were targeted at an adult audience, however, much of the information is of arguably greater importance to young people themselves. In this post I will be letting Mr. Kupelian and others speak for themselves, with brief additional commentary. Please consider carefully what they have to say:

“They want to be cool. They are impressionable, and they have the cash. They are corporate America’s $150 billion dream.”

That’s the opening statement in PBS’s stunning 2001 Frontline documentary, “Merchants of Cool,” narrated by Douglas Rushkoff. What emerges in the following 60 minutes is a scandalous portrait of how major corporations – Viacom, Disney, AOL/Time Warner and others – study America’s children like laboratory rats, in order to sell them billions of dollars in merchandise by tempting, degrading and corrupting them.

Think that’s a bit of an overstatement?

Both Mr. Kupelian’s commentary and the Frontline documentary confirm many of the messages we’ve written about here on The Rebelution. They do so by going in depth and undercover into modern, media-defined youth culture:

“The entertainment companies, which are a handful of massive conglomerates that own four of the five music companies that sell 90 percent of the music in the United States – those same companies also own all the film studios, all the major TV networks, all the TV stations pretty much in the 10 largest markets,” University of Illinois Communications Professor Robert McChesney reveals in the documentary. “They own all or part of every single commercial cable channel.”

Professor McChesney echoes the theme of The Rebelution’s post My iPod Is My Best Friend, explaining how the entertainment companies use all forms of media to shape and mold the character, and consequently, the desires of young people:

“They look at the teen market as part of this massive empire that they’re colonizing… [A]nd their weaponry are films, music, books, CDs, Internet access, clothing, amusement parks, sports teams. That’s all this weaponry they have to make money off of this market.”

And as The Rebelution wrote in The Myth of Adolescence:

[M]edia-saturated youth culture, not only follows trends and fads, but it creates them. Classrooms, TV shows, magazines, and websites, are not only addressing us at the level of social expectations, but they are in fact dictating those expectations.

[C]ompanies are creating new and lower and more shocking… marketing campaigns, disguised as genuine, authentic expressions of youthful searching for identity and belonging, for the sole purpose of profiting financially from America’s children…

This would be bad enough – if corporate America were just following and marketing the basest instincts of confused, unsupervised teenagers. But they are not following, they are leading – downward.

According to Rushkoff, it’s a vicious cycle:

“It’s one enclosed feedback loop,” Rushkoff says. “Kids’ culture and media culture are now one and the same, and it becomes impossible to tell which came first–the anger or the marketing of the anger.”

And as Frontline reports:

[O]bservers say [that] as everyone from record promoters to TV executives to movie producers besieges today’s teens with pseudo-authentic marketing pitches, teenagers increasingly look to the media to provide them with a ready-made identity predicated on today’s version of what’s cool.

Both Mr. Kupelian and the documentary spend a considerable time addressing two such “cool” creations of corporate youth-marketing: the “mook” and the “midriff.”

The mook, Mr. Kupelian states, is a caricature of the wild, uninhibited, outrageous and amoral male. Take for instance, professional wrestling, the most-watched shows among teen males today.

The midriff, on the other hand, is a mini Britney Spears, obsessed with appearances — a sexual object, but proud of it. While the mook is arrested in adolescence, the midriff is prematurely adult. As was written in The Myth of Adolescence:

In what could be considered the most maddening aspect of this crisis, not all areas of maturity are being stunted… It is heartbreaking that so many young girls, while constantly pressed to become more and more sexually alluring, are not expected to attain any notable level of character beneath the surface.

And of course, the media is very careful to undermine the young person’s ability to receive and benefit from the wisdom and experience of their parents and other God-established figures of authority:

The purpose of Mr. Kupelian’s article (and the purpose of this post) is not to create a feeling of hopelessness, but to call us to action — to wake up and recognize the lies of our culture for exactly what they are: lies. As Mr. Kupelian concludes, our only hope in combating the culture is to “create (or plug into) another culture entirely – a subculture.”

Mr. Kupelian, sir, thank you for stating the truth with such boldness. Allow me to introduce you to The Rebelution.

For those of you who have been around since the beginning, you may remember the post “Rebelize” Your Youth Group, where the following was written:

The only way to truly combat cultural expectations is to create a [counter] culture that results in an entire community of mature and responsible young people.

Brett and I believe that it was for that very purpose that this blog, and now the conferences, came into existence. Our sidebar of links to fellow rebelutionary’s blogs and websites (like Regenerate Our Culture) is just the beginning of an online counter-culture that is quickly becoming a very real Christian youth movement — a movement of young adults rebelling against the rebellion and corruption that is being constantly thrown at them.

Thoughts, ideas, or questions? The comments section is open.