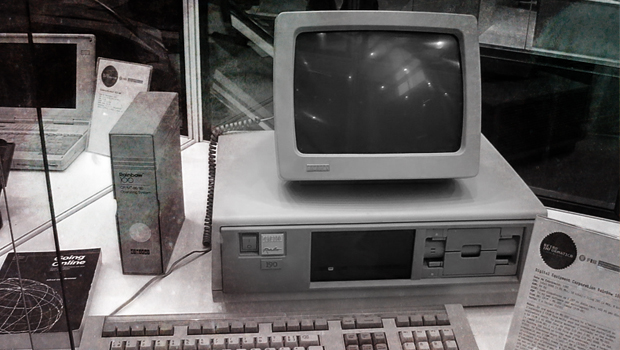 On August 9th, 1995, Netscape, the first mainstream web-browser, went public; and the world has never been the same. But the incredible benefits provided by the Internet are accompanied by lethal dangers. It took three years for the Internet to even begin to take off, but there were already 14 million pornographic Web pages. From 1998 to 2003 that number jumped to 260 million; a 2,000% increase in just five years.

This post is not about pornography; but it is all about how technology presents tremendous new challenges to Christian character; and about what we need to do about it. I strongly believe that it is foolish for my generation to assume that the next ten years will treat them the same way the last ten have. If we think technology has peaked and that things will remain largely the same with just a few added “conveniences,” we are gravely mistaken. Think of any ten-year-olds you know. The Internet is ten years old.

Technology itself and the challenges it presents are in their nascent form.

Over the next 5-10 years advances in technology will allow pornography and the sex industry to push so far into mainstream culture that they will no longer be generally considered dirty or taboo. Yet this is only one of the challenges our generation faces. According to Marvin J. Cetron and Owen Davies from the World Futures Society, medical knowledge and development are currently doubling every eight years. The speed of change in the medical field is outpacing the public’s opinion on the ethics of things such as stem cell research, genetic engineering, cloning, DNA mapping, surrogate motherhood, infertility solutions, selection of a child’s sex, use of fetal tissue, artificial organs, organ cloning, and life support.

Mark Driscoll, pastor of Mars Hill Church in Seattle, Washington, writes: “Technology will continue to reshape people in such a way that their attention spans will be shorter and they will have difficulty distinguishing truth and lies, and the deluge of information will become so great that separating the useful from the trivial will be laborious. [Furthermore] the tsunami of information and services customized to please individual people will create a culture of self-absorbed, narcissistic people consumed with themselves and unconcerned about serving other people.”

These are barely the tip of the iceberg; but their magnitude and scope are unique to our generation. Which is why you must be aware of them. In a world that continues to celebrate debauchery and advance technologically the moral challenges facing our generation will be unlike anything we’ve ever seen.

I’m calling you to be the kind of young men and women who are willing to fight the fight against sin. I’m calling you to cut off your hand or gouge out your eye rather than lose your soul (Matthew 5:29-30). Character is a victory, not a gift. It requires war, not diplomacy.

The time for lukewarm Christianity is behind us. This country will not survive another generation of Christians that fit in.