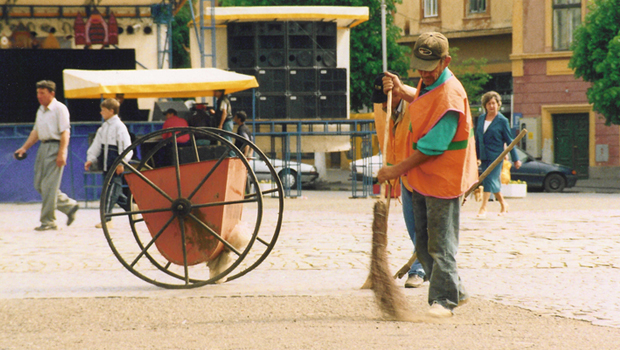 It is not extremely difficult for us to convince ourselves that the faithful practice of doing small, hard things should be valued as vital preparation for future achievements. It is, however, much harder to view them as significant in and of themselves. Can we assign meaning to these simplest and humblest of acts?

This is the same purposefulness that the Apostle Paul shares when he writes, “Whatever you do work at it with all your heart as working for the Lord, not for men,” and “whatever you do, do all for the glory of God.”

As Christians we have an incredible sense of overall life purpose but we also believe that God assigns the specific everyday circumstances of our lives, the small things (Psalm 16). Our overall sense of purpose gives meaning and significance to every small thing we do in life; we view them joyfully and wholeheartedly as opportunities to live well and beautifully for our Creator.

With this biblical worldview, there is no basis for despising small or obscure things. It places no limits on our chances to make an impact or live for the glory of God. Like the street-sweeper your actions at home, at school, at church, and elsewhere in your community can bring great glory to God if you are willing to throw yourself into them 100% just because they are things that He has given you to do.

And because God is good, by doing whatever He has put before you with all your heart, regardless of whether it appears significant or not, you will find yourself benefited and strengthened, ready for next thing.