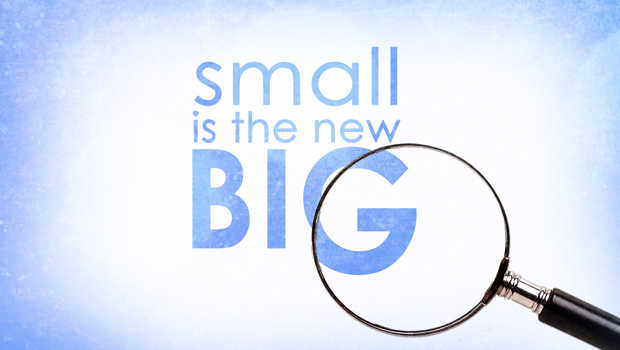 Our recent post on the balance between what we call “big” hard things and “small” hard things reminded us that we haven’t really spent much time explaining the distinction between these two categories — a distinction we ourselves wrestled with while writing our book. This post (which will probably turn into a series of posts) will try to address some common misunderstandings and bring more clarity to this oft-misunderstood aspect of Do Hard Things.

What “Bigger” Things Are We Talking About?

When we talk about “bigger things” that God promises to those who are faithful in “small things”, we are not necessarily talking about larger platforms and greater recognition and support. It can involve those things and often does — but it can also mean harder things done in the same obscurity as before.

It is a lot like the popular illustration in which a speaker will invite a member of the audience onto the stage, usually a guy who thinks he is Arnold Schwarzenegger, and ask him whether or not he can lift some small object, such as a canned food item. Once the participant confidently asserts his ability to do so the speaker requests that he hold the item straight out from his body and continue to do so until the speaker tells him to stop.

While the participant might initially feel confident he quickly begins to realize that it requires more and more effort with every passing second to keep the object in the air. The test of strength is not to ask him to lift some extraordinary amount of weight, but instead to hold a small amount of weight for an extended period of time.

This is the way it sometimes works with small things. As we are faithful in small things God will always ask more of us, but not always by giving us bigger things to do. Instead He might do so by asking us to remain faithful in the small things we are already doing.

As impressive as bigger (i.e. heavier) things may be, the greatest test of strength is to endure with whatever weight you’ve been given. God can be just as glorified by someone who endures to the end with five pounds than He can by someone who lifts 500 pounds once. That’s the kind of God we serve.

Working For The Lord, Not For Men

But this is where the idea of “working for the Lord and not for men” comes in. We should never be doing hard things for the recognition and admiration of men, but only for the glory of God. Despite the numerous earthly blessings that accompany doing hard things our ultimate reward is in Heaven when we stand before our Maker and hear Him speak the words, “Well done, good and faithful servant. Enter into the joy of your Master.”

God knows better than we do what a great reward looks like. He knows those who have already been rewarded by the praise and adulation of men, as well as those who have served quietly — far away from the limelight.

The point, however, is not to seek recognition or obscurity, but rather to seek the glory of God. A heart that longs for the praise of men more than the praise of God — whether prideful in receiving it or resentful in lacking it — does not honor God.

Nevertheless, I think in Heaven we will be surprised by some of the people God honors most. We won’t recognize their faces or know their names. They will be the quiet faithful with whom God is well pleased.