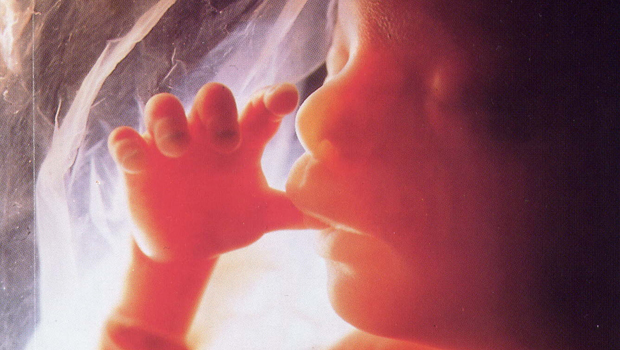 Though overshadowed by the recent murder of abortionist, Dr. George Tiller, the abortion debate does show signs of shifting in a pro-life direction. For the first time since Gallup began tracking the issue, a majority of Americans consider themselves “pro-life” — a reversal of 2006 numbers. Other studies indicate that our generation is the most pro-life generation since Roe vs. Wade — and we can attest that no other cause excites greater devotion among rebelutionaries.

How have you been involved in the pro-life movement? Whether you’ve volunteered at your local pregnancy resource center, or participated with pro-life organizations like Abort73 and Bound4Life, use the comment section to share your stories and suggestions. Is the abortion debate changing? What should other young people do to get involved? Share a good resource or action-item and we’ll add it to this post.

It’s one thing to be pro-life, it’s another to know how to defend and articulate that conviction to those who are opposed. This is an encyclopedia of the defense of the pro-life position. Get this book.

This grassroots movement focuses on the simple but critical role that prayer plays in this fight. You’ve seen these guys and gals on TV. You know, the ones with red LIFE tape over their mouths? Why not join them?

Volunteer at a Pregnancy Resource Center

Every year thousands upon thousands of hurting and confused mothers are served and thousands of babies are saved through the work of local Pregnancy Resource Centers — and most PRC’s rely heavily on volunteer support.

Rock for Life :: Music and Education

Whether you like walk-athons, bike-athons, or swim-athons, there are plenty of options to “get out and move” and raise money for pregnancy resource centers at the same time. Your local PRC can plug you into a fundraising drive in your area — and if there isn’t one, you better start one. Below are some examples mentioned by rebelutionaries in the comment section.

Coins and Quilts 4 Life :: (and other creative fundraising ideas)

Think creatively about ways you can use your unique gifts, abilities, or resources to help the pro-life cause. Bake sale? Yard sale? Quilting? Beading? Below are some of the ideas others have shared in the comment section:

From the website: “On October 20th, people from all over this nation will give up their voices for a day in solidarity for these children. Red arm bands and duct tape will identify them as taking part in the Pro-life Day of Silent Solidarity. They will carry fliers explaining why they are silent and educate others about the plight of the innocent children we are losing every day.”

If you have yet to actively engage in this cause, we’d encourage you to take the above suggestions seriously. Think about it. If the abortion debate really is changing, then you’ll wish you’d been in the thick of it. Because, after all, there’s nothing more exciting than being part of what God is doing. Don’t stay on the sidelines.