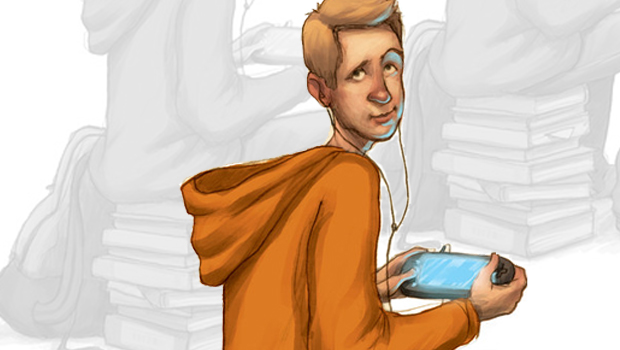 Throughout history more lives have been changed through books than by any other means. Books are important. Reading is important. Charles Spurgeon, the prince of preachers, wrote: “The man who never reads will never be read; he who never quotes will never be quoted. He who will not use the thoughts of other men’s brains, proves that he has no brains of his own.”

If that’s true then our generation is largely brainless. We don’t read — and that’s especially true of boys. The following article, published in The Wall Street Journal, charts a forward course that could save our generation, or at least help us raise the next generation of leaders/readers. Take a look, and then get off the computer.

When I was a young boy, America’s elite schools and universities were almost entirely reserved for males. That seems incredible now, in an era when headlines suggest that boys are largely unfit for the classroom. In particular, they can’t read.

According to a recent report from the Center on Education Policy, for example, substantially more boys than girls score below the proficiency level on the annual National Assessment of Educational Progress reading test. This disparity goes back to 1992, and in some states the percentage of boys proficient in reading is now more than ten points below that of girls. The male-female reading gap is found in every socio-economic and ethnic category, including the children of white, college-educated parents.

The good news is that influential people have noticed this problem. The bad news is that many of them have perfectly awful ideas for solving it.

Everyone agrees that if boys don’t read well, it’s because they don’t read enough. But why don’t they read? A considerable number of teachers and librarians believe that boys are simply bored by the “stuffy” literature they encounter in school. According to a revealing Associated Press story in July these experts insist that we must “meet them where they are”—that is, pander to boys’ untutored tastes.

“Everyone agrees that if boys don’t read well,
it’s because they don’t read enough.
But why don’t they read?”

For elementary- and middle-school boys, that means “books that exploit [their] love of bodily functions and gross-out humor.” AP reported that one school librarian treats her pupils to “grossology” parties. “Just get ’em reading,” she counsels cheerily. “Worry about what they’re reading later.”

There certainly is no shortage of publishers ready to meet boys where they are. Scholastic has profitably catered to the gross-out market for years with its “Goosebumps” and “Captain Underpants” series. Its latest bestsellers are the “Butt Books,” a series that began with “The Day My Butt Went Psycho.”

The more venerable houses are just as willing to aim low. Penguin, which once used the slogan, “the library of every educated person,” has its own “Gross Out” line for boys, including such new classics as “Sir Fartsalot Hunts the Booger.”

Workman Publishing made its name telling women “What to Expect When You’re Expecting.” How many of them expected they’d be buying “Oh, Yuck! The Encyclopedia of Everything Nasty” a few years later from the same publisher? Even a self-published author like Raymond Bean—nom de plume of the fourth-grade teacher who wrote “SweetFarts”—can make it big in this genre. His flatulence-themed opus hit no. 3 in children’s humor on Amazon. The sequel debuts this fall.

Education was once understood as training for freedom. Not merely the transmission of information, education entailed the formation of manners and taste. Aristotle thought we should be raised “so as both to delight in and to be pained by the things that we ought; this is the right education.”

Aristotle thought we should be raised
“so as both to delight in and to be pained by
the things that we ought; this is the right education.”

“Plato before him,” writes C. S. Lewis, “had said the same. The little human animal will not at first have the right responses. It must be trained to feel pleasure, liking, disgust, and hatred at those things which really are pleasant, likeable, disgusting, and hateful.”

This kind of training goes against the grain, and who has time for that? How much easier to meet children where they are.

One obvious problem with the SweetFarts philosophy of education is that it is more suited to producing a generation of barbarians and morons than to raising the sort of men who make good husbands, fathers and professionals. If you keep meeting a boy where he is, he doesn’t go very far.

The other problem is that pandering doesn’t address the real reason boys won’t read. My own experience with six sons is that even the squirmiest boy does not require lurid or vulgar material to sustain his interest in a book.

So why won’t boys read? The AP story drops a clue when it describes the efforts of one frustrated couple with their 13-year-old unlettered son: “They’ve tried bribing him with new video games.” Good grief.

The appearance of the boy-girl literacy gap happens to coincide with the proliferation of video games and other electronic forms of entertainment over the last decade or two. Boys spend far more time “plugged in” than girls do. Could the reading gap have more to do with competition for boys’ attention than with their supposed inability to focus on anything other than outhouse humor?

Dr. Robert Weis, a psychology professor at Denison University, confirmed this suspicion in a randomized controlled trial of the effect of video games on academic ability. Boys with video games at home, he found, spend more time playing them than reading, and their academic performance suffers substantially. Hard to believe, isn’t it, but Science has spoken.

The secret to raising boys who read, I submit, is pretty simple—keep electronic media, especially video games and recreational Internet, under control (that is to say, almost completely absent). Then fill your shelves with good books.

People who think that a book—even R.L. Stine’s grossest masterpiece—can compete with the powerful stimulation of an electronic screen are kidding themselves. But on the level playing field of a quiet den or bedroom, a good book like “Treasure Island” will hold a boy’s attention quite as well as “Zombie Butts from Uranus.” Who knows—a boy deprived of electronic stimulation might even become desperate enough to read Jane Austen.

On the level playing field of a quiet den or bedroom,
a good book like “Treasure Island” will hold
a boy’s attention quite as well as
“Zombie Butts from Uranus.”

Most importantly, a boy raised on great literature is more likely to grow up to think, to speak, and to write like a civilized man. Whom would you prefer to have shaped the boyhood imagination of your daughter’s husband—Raymond Bean or Robert Louis Stevenson?

I offer a final piece of evidence that is perhaps unanswerable: There is no literacy gap between home-schooled boys and girls. How many of these families, do you suppose, have thrown grossology parties?

We were especially struck by the quote from C.S. Lewis. We must train ourselves to feel pleasure, liking, disgust, and hatred at those things which really are pleasant, likeable, disgusting, and hateful. We must constantly ask ourselves whether the things we put before our eyes train us in this way, or just further distort our ability to appreciate good, true, and beautiful.

For now, join the conversation by answering any or all of the following questions: 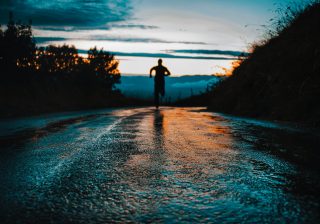 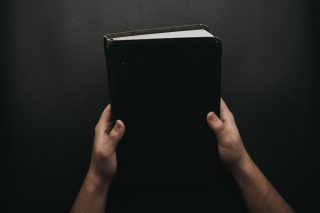 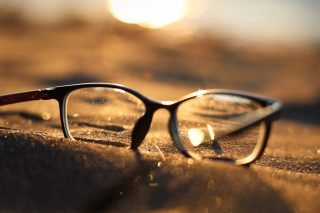