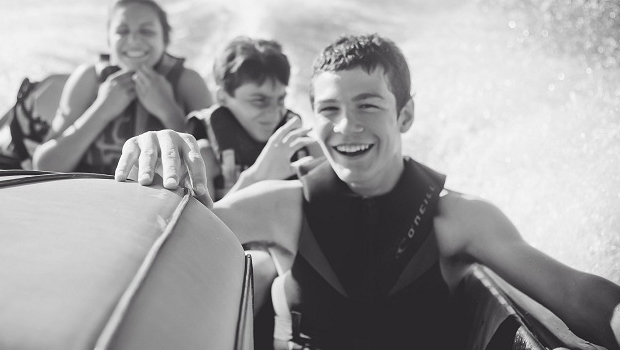 We’re going to play a game. It’s called “Fill in the Blank.” I want you to fill this blank with the first negative word that comes to mind.

What word came to mind? Distracted. Destructive. Disturbed. Depressed. Desperate. Just a few on my mind…

“Teens are just that way! It’s who they are.”

Well, history is there to prove you wrong. It may be who they are, but it is NOT who they are meant to be.

Teens can be the most energetic, the most passionate, the most powerful people group in the Body of Christ.

And Satan knows it.

Where are they? They’re here. They’re slowly being lulled to sleep by the lies.

And I, for one, am done watching it happen.

In the 1730’s and 40’s there began a movement that would come to be known as the Great Awakening. One of the key leaders of the day was a Pastor named Jonathan Edwards. At age seven, he had studied Latin, Greek and Hebrew. At the age of 13, Edwards entered Yale, and it was there he found God. As he began to preach the Spirit of God began to move. Edwards recorded the movement in his book, A Faithful Narrative of the Surprising Work of God:

“The town seemed to be full of the presence of God. The noise amongst the dry bones waxed louder and louder. The revival struck the hearts first of the young people and then of their elders all over the town …”

Less than a century later, a group of college students, attending Williams College and Andover Theological Seminary got caught in a thunderstorm. They all ran for shelter under a haystack. There, in the dark, one of them shared his desire for foreign missions. Then another, and another, and another. These students stayed up all night in what has been called “The Haystack Prayer Meeting.”

Four years later they formed The American Board of Commissioners for Foreign Missions. They sent out Adoniram Judson to Burma, Lott Carey to Africa, Jonathan Goble to Japan, and Asa Thurston to Hawaii.

Just a bunch of kids. In a haystack.

When I was little one of my favorite movies was Pixar’s “The Incredibles.” It’s still one of the best animated films of all time in my mind. There is a line in that movie that hits home with me. As Mrs. Incredible is describing the enemy to her kids she warns them, “He won’t exercise restraint because you’re children. He will kill you if he gets the chance. Do not give him that chance.”

Let me tell you something. You are powerful. You are not destined for mediocrity. You have all that you need for life and godliness. You were meant to change the world. You were meant for so much! Don’t be deceived. Don’t let this culture lie to you any longer. You have a choice. You can rebel against low expectations for the glory of God. And it can start right now.

is an 18-year-old Pastor's Daughter from a small town. Although her passion is writing both fiction and non-fiction she enjoys music and dance. Her desire is to see God ignite the passions of young people to reflect His glory. She lives in Hawaii with her parents and two younger brothers.