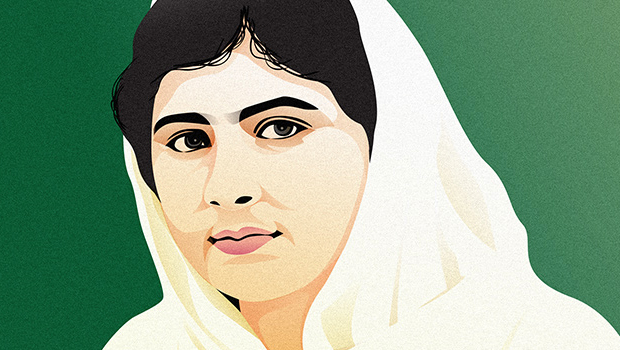 (BUSINESS INSIDER) — The latest example of 17-year-old Malala Yousafzai being wise beyond her years: She doesn’t use social media or have a cell phone because she’d rather focus on education. And she doesn’t think selfies are the best use of social media either.

In a recent interview with The New York Times, the young Nobel Peace Prize winner explained why she isn’t on Twitter or Facebook (she uses Skype to communicate with friends back home).

“I haven’t gotten on Twitter or Facebook yet because I want to focus on my education,” Yousafzai says. “I also don’t have a cell phone. I’m 17. Because, it’s good to have a source of communication, but I think I should just really focus on my studies and I’ll become busier than I am if I start using social media.”

She also doesn’t agree with the way many people use social media. She previously encouraged teens not to post photos on social media merely to get likes. Instead of taking selfies, Yousafzai believes social media should be used primarily to create awareness for important issues, such as the “Bring Back Our Girls” campaign that spread on Twitter after women in Nigeria were abducted.

“I think it’s important that we use social media, but for a good purpose. For instance, it’s good to take a selfie to say hey what’s up and those things, but I think it’s also important that we use it for the good purpose of highlighting the issues that children all over the world are facing. So to highlight the issues that girls are facing in Afghanistan or Pakistan or India, or the situation of girls in Nigeria, more than 200 girls have been abducted. So we can highlight that on social media, and it was highlighted on social media.

“I came to know about Bring Back Our Girls because it was on Twitter, you could see it. I just heard this news from everyone, everyone was talking about it. So I think this is the way we can highlight what’s happening and we can speak for our rights.”

Check out the rest of our coverage of Malala:

Malala Yousafzai’s Story: The Day I Was Shot by the Taliban