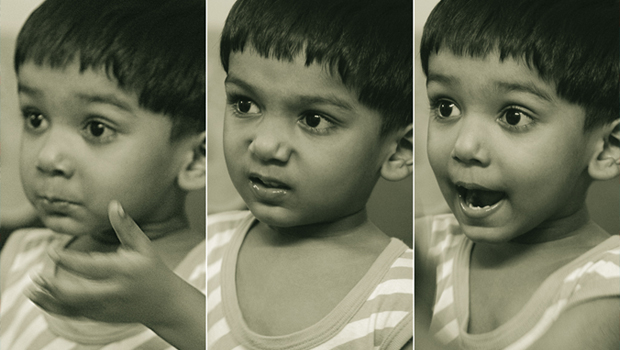 For the most part I hate conflict. When someone disagrees with me (especially someone I don’t know well), I withdraw and I don’t respond. When someone is in error, often I don’t correct them. For goodness sake, if McDonald’s gives me cold french fries I won’t even return them!

Yet others swing too far on the other side of the conflict pendulum — instead of hating conflict, they love it. Instead of avoiding it, they will constantly pursue it, even to their detriment.

Both of these approaches are wrong. As Christians living in a hostile world, whether we like it or not, conflict is inevitable. And so as much as the phrase has been abused, I think “happy medium” applies here, or at least a healthy balance. Because for the Christian there is a time and a place and a way for engaging in conflict to the glory of God.

So as a Christian who admittedly has not dealt well with conflict in the past, here are a few reflections:

When you should NOT engage in conflict:

1. When you will never win. We all know those people who you will never win against – even if you’re not having an argument! These are the people who are sadly selfish and who are motivated by self-interest rather than God’s glory. They purposely pursue conflict, or at least deal unhealthily with it. They have no intention of discussion or debate; they are always right, no matter what. And engaging in conflict with them is pointless and frustrating.

2. When it’s not a cause worth fighting for. If Dad casually mentions that Monday was a rainy day, but I am sure that Monday was blue and sunny, I do not need to engage him in conflict. There is no point in starting a debate about something perfectly pointless.

When you SHOULD engage in conflict:

1. When you are encouraged to. If you have a friend who’s looking for healthy debate, join in! I was recently part of a book discussion where you were encouraged to comment on and engage with others’ reflections on the book. As I read one person’s reflection, I realized that I disagreed strongly with what he was saying. He encouraged debate, though, and so I attempted to graciously engage him. What resulted was an amiable discussion where both of us came away in disagreement but with no bad feelings.

2. When someone you love is in serious error. The emphasis is on “someone you love.” Lots and lots of people out there are in error. Sift through the articles that Google finds for you and I assure you that you’ll find much error. Our responsibility is not to correct every single person out there, but those that we know and care about. If one of my friends was going to do something that I knew would be horribly detrimental to her, I would have to engage her conflict, because I love her and I wouldn’t want her to hurt.

3. When it’s a cause worth fighting for. Some things are worth engaging in conflict for, namely, the gospel. There are times when it will be uncomfortable and awkward, but the gospel is always, always worth conflict. This does not mean we pursue conflict under the guise of the gospel, but that we pursue Christ and if conflict arises, so be it. We do not hide ashamed of the gospel, but for the glory of God we deal with conflict because of it graciously, humbly, and firmly.

Though it may be weird and sometimes unpleasant, there is a time and a place for Christians to engage in conflict. And we have a responsibility to do it for the glory of God.