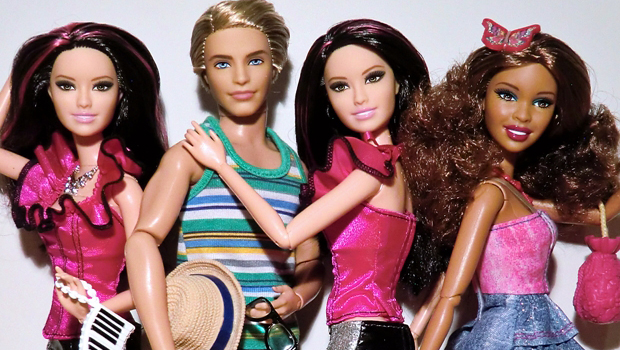 The cool kids have a pretty cool God these days. I often hear him gushed about at the award ceremonies — you know, the Grammys, Tonys, MVP acceptance speeches.

And he really is for the cool people. He makes dreams come true and answers prayers for money and fame.

He’s not really, like, super involved and stuff, nor does he really care about what you do as long as your good stuff outweighs your bad. But he’s pretty easy going. He doesn’t get mad easily, and he’s super tame and friendly.

And he’s got great evangelists, impeccable walking advertisements. His preachers and teachers are unfailingly good-looking. They’re usually fabulously wealthy and wildly famous. People love them and so everybody listens to these cool folk espouse the goodness of their God. This is the cool God for the cool kids.

It’s unfortunate for them then that he doesn’t exist.

It’s also unfortunate that this non-existent, terribly cool god has been polluting imaginations for hundreds of years. Jonathan Edwards, in his eighteenth century book, Religious Affections, wrote this of the non-Christians of his time:

“And so, having formed in their minds such a God as suits them, and thinking God to be such an one as themselves, who favours and agrees with them, they may like Him very well and feel a sort of love to Him, when they are far from loving the true God.”

The cool kids love their god! Why do you think he’s the first one they mention in their acceptance speeches? He has been fashioned to suit them just fine; they “like Him very well” and so they feel this “sort of love” toward him. It’s a strange, distant sort of love that feels empty, or even one-sided sometimes. Perhaps that’s because this god is more like them than they realize. But it’s okay.

Or so they think. They float in their rich and famous lifestyles with their cool friends and their cool god and life is good. But a terrifying reality awaits them. And the glorious, righteous, wrathful God watches them. Says C.S. Lewis in his book, Miracles:

“An ‘impersonal God’ – well and good. A subjective God of beauty, truth and goodness, inside our own heads – better still. A formless life-force surging through us, a vast power which we can tap – best of all. But God Himself, alive, pulling at the other end of the cord, perhaps approaching at an infinite speed, the hunter, king, husband – that is quite another matter. …

There comes a moment when people who have been dabbling in religion (‘Man’s search for God!’) suddenly draw back. Supposing we really found Him? We never meant it to come to that! Worse still, supposing He had found us!”

Our culture’s idea of this cool, genie god sadly doesn’t just haunt Hollywood. It haunts our churches, our homes, and sometimes even our own hearts. We can too easily fall into the idea of a man-made god, when the very real, very terrifying God, “the hunter, king, husband” sees us.

And we tell Him to chill. It’s not like we really need Him all the time, right? Except when we need a check. Or a boyfriend. Or a car or a house or healing or a college. Hollywood’s evangelists have done a good job.

It’s a good thing that Jesus didn’t come for the cool kids, the self-assured, independent ones. It’s a good thing that He didn’t come for the well but for the desperately sick, who know of their need for Him. Praise God for His grace, that those who repent of their pride and trust in Him will be saved. Praise God that He has allowed the weak to come to Him, that He has invited the broken. And pray for the cool kids, that they would see that their god is not so cool after all.