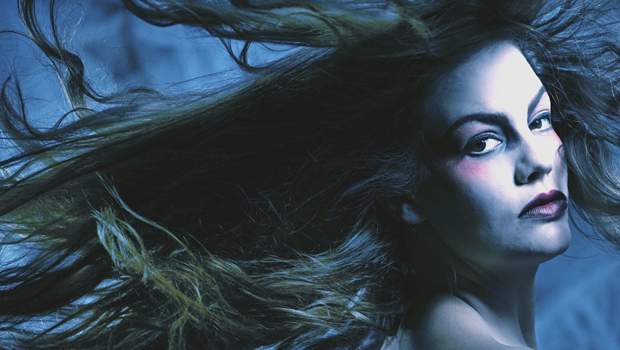 Euripedes, a play-writer in ancient Greece, was no stranger to the human heart. He knew how it works, and he knew humanity well. And this shows in one of his most famous plays, Medea.

Medea killed her brother, left her home, and borne two sons in exile for the sake of her husband, Jason. But when he abandons his family for another wife, Medea is crushed with anger, jealousy, and grief. Cornered, she begs for one day’s grace.

But so much can happen in one day.

She takes away everything Jason holds dear, in order to inflict as much pain as he caused her. She is determined to ruin his happiness forever … even if it means killing their two sons, and destroying herself from the inside out.

I’ll share with you what my Economics teacher brilliantly presented to my class, after we watched the classic story via National Theatre Live. (As well as my own thoughts.)

Socrates once said that man is basically good — he just needs education. And how many people today think this? Even some Christians will nod their heads in agreement. It’s easy to believe. And not only that, it’s easy to want to believe.

Throughout the course of human history, all the way back to Adam and Eve in the garden, man has always wanted to raise himself up above God.

Medea had education. She was married to a king, who taught her, and changed her through education. From the original play, she says, “I know indeed what evil I intend to do, but stronger than all my afterthoughts is my fury — fury that brings upon mortals the greatest evil.”

She knew what she was doing was wrong, but she did it anyways. She wasn’t “mentally ill,” or just insane. She wept and told herself of how wrong it was to kill her own kids, but then she began justifying it, and rationalizing it.

People say there’s nothing that compares to a mother’s love — that it surpasses every other kind of love. It’s always steadfast. Never ceases. Never fades.

But Euripedes shows in this story the depth of mankind’s depravity, even a mother can have the ability to kill her own children. She became so wrapped up in extracting revenge, she lost the value of life, and the purpose of life.

God designed us to live in community, with family, and to give glory to God — and not live alone. When man is separated from his life’s purpose, then he will not only tend toward evil, but also begin to die.

Medea was in a strange place, and she was torn from her family and community, and lived by herself, then ultimately brought destruction upon herself.

And if a loving, nurturing mother can stoop to matricide, what does that mean for the rest of us?

We are all depraved by nature. None of us are good. “For all have sinned and fallen short of the glory of God” (Romans 3:23).

But, thank goodness, our story does not stop there.

We have God’s grace. We have justification and redemption through Jesus Christ. We are so sinful and so fallen, and yet God sent His Son to save us, because He loves us.

Doesn’t that just strike you as amazing? How a great, powerful God could love us the way He does? It does me.

We still don’t know what Euripedes’ intentions were with this play, considering the Greek audience wasn’t Christian and only males were allowed to go and watch plays. But — as my teacher pointed out — they knew that this kind of murder was wrong. Euripedes tried to show everyone what we shouldn’t do.

The Greeks understood this. They showed the depravity of man, but they just didn’t have a solution. They understood that man is purposed for good, but when divorced from their purpose they will inevitably tend towards evil.

So, whether they realized it or not, they were testifying to the truth of the scriptures and the Judeo/Christian worldview of humanity — that man is dead in trespasses and sins.

After watching Medea, I am reminded that I am a sinner desperately in need of a Savior, rescuing His children from their own destruction.