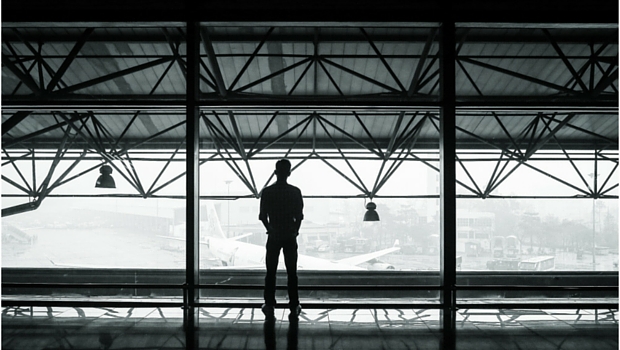 When was the last time you heard “Amazing Grace”?

Who was singing it? Chris Tomlin, perhaps? The music or worship pastor at your local church? Did someone offer up this tender refrain for a loved one at a recent funeral? Whether your voice can be likened to that of Chris Tomlin or falls flat at every note like mine, we still sing to our fullest as there is no other hymn like this.

There are many other well-known hymns, yes, but “Amazing Grace” captures sin, sacrifice, forgiveness, and restoration with only a few simple words.

Let’s revisit this most famous of hymns and the implications it has for being more like Jesus.

“Amazing Grace How Sweet the Sound”

God is love. We know this. God is mercy. We know this too. Grace, however, may be one of the more misunderstood attributes of God, but it can be summarized fairly easily. A pastor friend of mine describes it like this: “unmerited favor.”

In other words, God restored us when we couldn’t restore ourselves.

He exited Heaven and entered earth as the man Jesus to show us the full weight of His unconditional love. God saved us when we didn’t deserve to be saved. That’s gracious.

Paul outlines grace like this in Ephesians 2:8-9: “For it is by grace you have been saved, through faith –
and this is not from yourselves, it is the gift of God – not by works, so that no one can boast.” Our righteous acts count for nothing, but God’s one universe-shaking act of giving His life for all of us was enough.

What kind of response ought we to have in light of this?

Maybe one like that of David in Psalm 103:1: “Praise the Lord, my soul; all my inmost being, praise His holy name.” Worship is the response to grace.

John Newton, the composer of “Amazing Grace,” had a rough history. He was a slave trader before finding faith and penning this powerful hymnal. Saul oversaw the horrific stoning of Stephen (Acts 7) and then proceeded to drag away followers of Jesus and place them in prison. Peter denied his friend Jesus three times as he sought to create distance from the man he had called the Christ.

As someone who grew up in the church, I’ve never thought my testimony to be compelling in any manner. I remember hearing guest speakers who spoke of dealing drugs or hurting others or spending time in prison for their respective crimes before they found a Savior and turned their lives around.

I’m grateful to say that I haven’t been to prison for my sins, but I have hurt people before with my words and actions; moreover, I’m bound to do so again sooner or later. My sins are many, and I feel like Paul from time to time. He described himself as the “chief of sinners” (I Timothy 1:15).

We are all wretches that fall short of the amazing grace that is bestowed upon us by a compassionate, forgiving God.

“I Once Was Lost But Now Am Found”

As a distance runner, I’ve had my fair share of time on the sidewalks and the roads. But trails are a unique place to venture as the views always eclipse that of cities and suburbs. In other words, a jaunt through the woods is simply glorious.

A sense of panic ensues when you get lost though; what was initially familiar becomes muddled as every direction looks the same. Fear grips your soul when you lose your way.

In the Scriptures, Jesus speaks of a lost coin, a lost sheep, and a lost son (Luke 15). The old lady scours the house, and the shepherd looks intently around the fold. When they find what they treasure, celebration follows.

The lost son came to his senses after squandering his inheritance. He realized that he was lost in his own squalor, but made the tough decision to return home to his father and hopefully find a place as a servant and forego his identity as a son who disqualified his honor. The boy’s father celebrated his return as he saw him approaching from a distance though – wildly I might add.

A lost son was found, reconciled, and fully restored to his dad. God is in the business of doing the same.

“Was Blind But Now I See”

I’m struck by the ways that the life of Paul and his conversion are so evident in “Amazing Grace.” If you recall the events that transpired after the stoning of Stephen, Saul was struck with blindness by God as he traveled the road to Damascus to persecute Christ followers. He went on to meet with Ananias and “something like scales” fell from his eyes in the moments that followed.

Saul was blind, but Paul could see.

As someone who wears contact lenses, their presence and absence determine what is fuzzy and what is clear. So it is with God. God is clearer to me through prayer, time in the Bible, and serving others at the local church. Conversely, drift is possible every day. Less time with God leaves me (and you) vulnerable to temptation and the inclination to betray the truths that we cling to. Resist drift.

God’s grace is not only amazing – it is ageless. This grace has gone forth with us since the time of Eden when Adam and Eve greatly stumbled by disregarding the command of God. Though He sent them from paradise, God continued to bless their lives and show grace in spite of their shortcomings.

God still shows us this unmerited favor today too.

The prayer that I have for myself is to show this kind of grace to others, to those who may not reciprocate it or even notice it for that matter.

I don’t do this for my own gain or righteousness, because we know that no one is righteous – not even one (Romans 3:10). I strive to extend this grace so I might be more like Jesus each passing day. He told us that the greatest among you will be a servant (Matthew 23:11).

Jesus came to serve others with a grace that’s not of this world. And that is amazing.

May we find this inside ourselves to do the same.